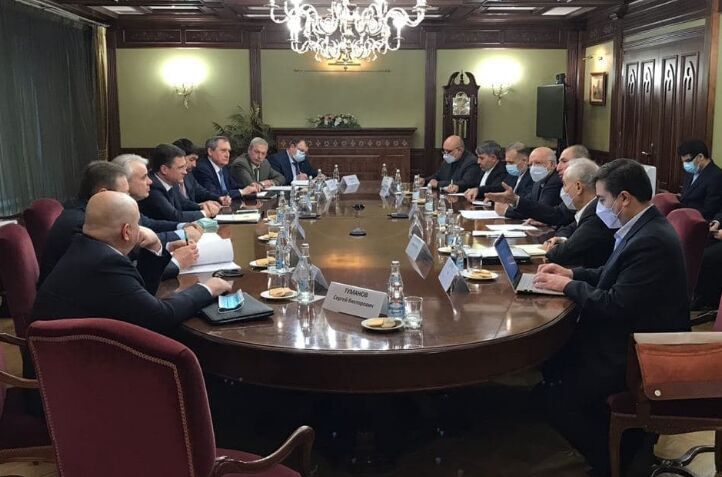 "We identify Russia as a strategic partner, and this partnership is not something that can be changed with ups and downs in the international arena," Zangeneh said, following a meeting with Alexander Novak, Russian Deputy Prime Minister, and Nikolai Shulginov, Russian Energy Minister, in Moscow on December 21, adding that, “we have good cooperation with Russian companies. We have planned to continue cooperation with them in the field of oil, gas and equipment manufacturing."

“If Russian oil and gas equipment manufacturers wish to operate in Iran, they will need to invest in Iran while citing the Maximum Use of Domestic Capabilities Act. They must partner with Iranian companies and negotiate with their Iranian opposite numbers to materialize any goals,” Iran’s SHANA news agency quoted the minister as saying.

He went on to add that "Iran's ambassador to Russia and his colleagues at the embassy are tasked with following up on the agreements. If it were not for the coronavirus, they could have done it much more simply, but in the current situation, we can establish communication by observing health protocols. We welcome investment in the required sectors.”

Russian Deputy Prime Minister Alexander Novak said in a meeting with Zangeneh that "Iran and Russia have always had close and growing cooperation in the field of oil and energy, and this cooperation will continue".

During the meeting, the two sides outlined the roadmap for the continuation and development of cooperation between Iran and Russia, regardless of international political developments, and stressed the need to pursue and implement agreements and memorandum of understanding (MoU) in the field of energy in the form of a joint committee.

Earlier in December, the Organization of the Petroleum Exporting Countries (OPEC) and non-OPEC countries decided to increase oil production by 500,000 barrels per day (BPD) in January 2021. It means the group would move to output curbs by 7.2 million bpd early next year, compared with current cuts of 7.7 million bpd.

Iran, Venezuela and Libya are exempt from any production cuts. As a member of OPEC Plus, Russia has a sizable share in the oil market. Strong Iranian-Russian relations are key to supporting Iran's oil market.

The bilateral talks come at a time when the Iranian economy is hit hard by the effects of the COVID-19 pandemic, simultaneously with the US sanctions that have hampered Iran's oil exports. The Islamic Republic may be quickly approaching an economic depression and an unprecedented health crisis that could result in business closures, the devaluation of the national currency, lower standards of living, and crime sprees.

The US has tightened pressure on Tehran through trade and economic sanctions reimposed after President Donald Trump withdrew the United States from the 2015 nuclear deal that limited Iran's nuclear activities in exchange for sanctions relief.