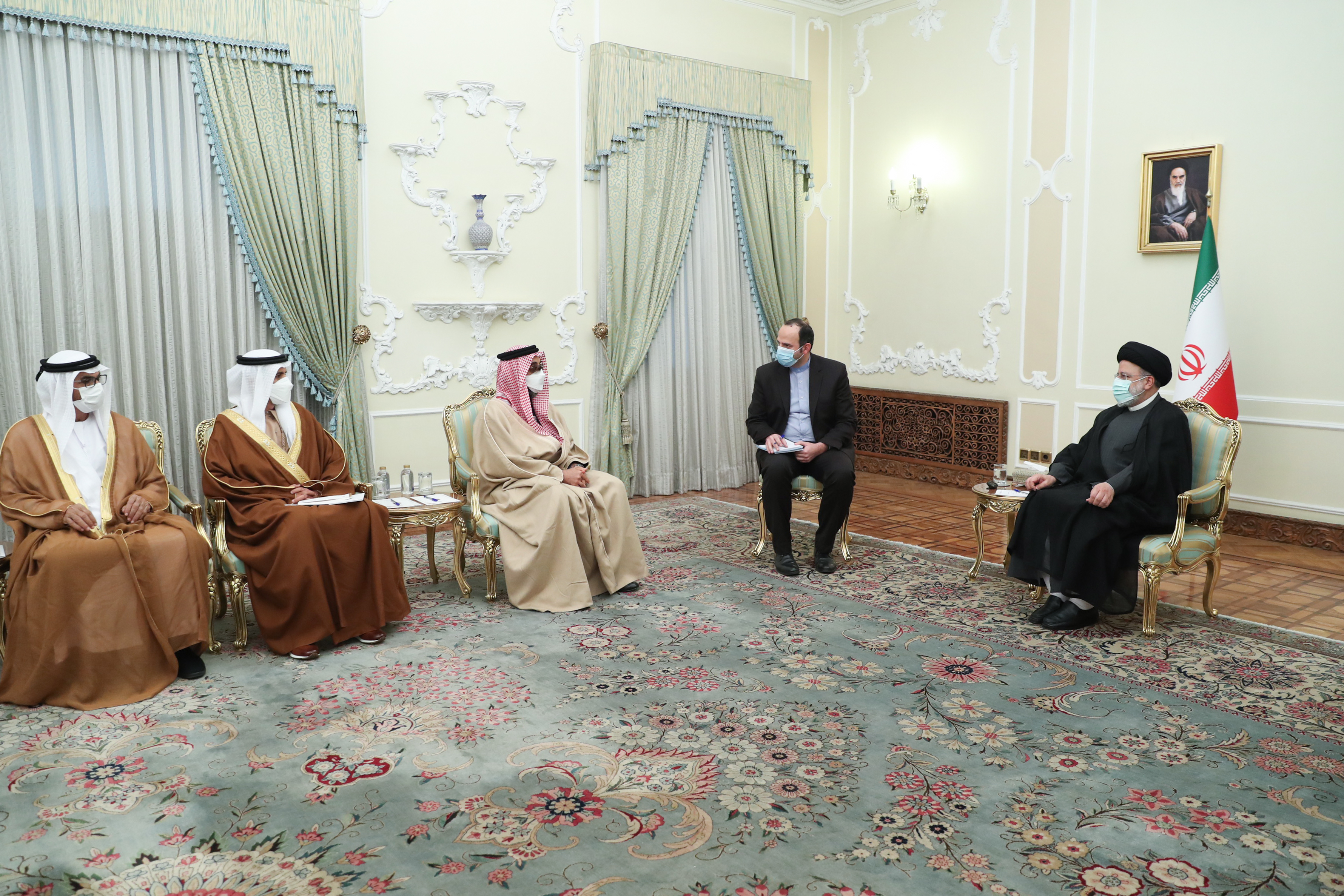 Iran’s President Ebrahim Raisi has called for the improvement of Tehran's ties with the United Arab Emirates, and expressed his country’s support for the security of the Persian Gulf littoral states.

"Good relations with the countries of the region are among Iran’s priorities in its foreign policy in the new government, and this is the reason that we welcome the development of relations with the UAE,” Raisi said in a meeting with the National Security Adviser of the UAE Sheikh Tahnoon bin Zayed Al Nahyan in Tehran on December 6, according to the president.ir website.

For his turn, the UAE National Security Adviser said that "we are the children of this region and we have a common destiny, so the development of relations between the two countries is on our agenda."

Sheikh Tahnoon bin Zayed Al Nahyan added that "we are ready to develop cooperation and we hope that a new chapter of relations between the two countries will begin with the visit of Ayatollah Raisi to the UAE."

While receiving the UAE official, Iranian Security Chief Ali Shamkhani said that the visit by the UAE security adviser is to open a new chapter in relations between the two countries.

Shamkhani underlined that sustainable security and stability can be achieved only through constant dialogue and cooperation of the regional countries, and joint efforts must be taken to put an end to the military and security crises of regional Muslim states.

Sheikh Tahnoon Al Nahyan said during the meeting that Iran, as a powerful regional country with its unique geopolitical position is a crossroads between East and West, and the expansion of ties between Tehran and Abu Dhabi is a priority for the UAE.

He added that the two countries have vast capacities to cooperate in the transit, energy, transportation, healthcare and investment spheres.

The visit comes in the period of a warming of relations between the two countries. However, Iran has recently criticized the UAE's conclusion of a multi-billion deal with France on the purchase of fighter planes and combat helicopters.

Iranian Foreign Ministry Spokesman Saeed Khatibzadeh said on December 6 that the sale of advanced weapons worth billions of dollars and euros to Arab states of the Persian Gulf region by European countries like France is a key cause of unrest in the Middle East, including in Yemen.

"We expect countries like France to act more responsibly. The ongoing process of our region becoming excessively militarized is truly unacceptable to us," he added.

Khatibzadeh also responded to Secretary-General of the Arab League Ahmed Aboul Gheit, who had said earlier that Iran aims to control the Straits of Hormuz and Bab al-Mandab, either directly or through the militias it funds. The spokesperson said that "I think this is not the first time such statements are made by the Arab League and its secretary-general. Such dictated statements for goals dictated [by enemies] are totally useless".

“The only beneficiary of such irresponsible statements is the Quds [Jerusalem] occupation regime [Israel]," he added.