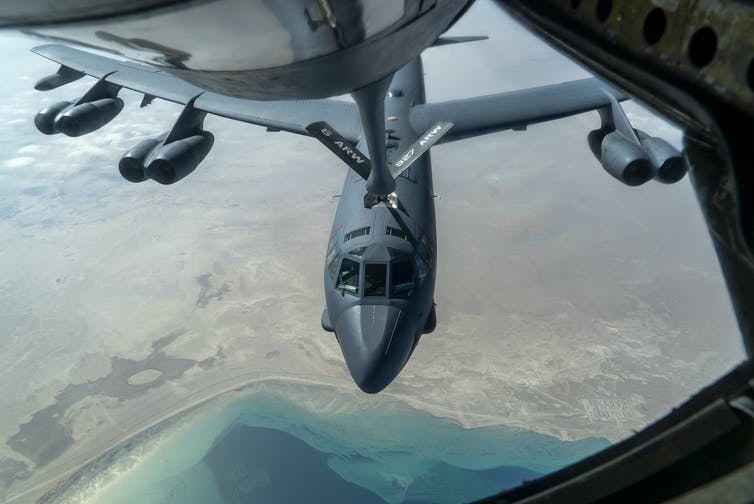 The United States' strategic B-52 bombers flew over the Persian Gulf twice in December 2020. / AP

Iranian top generals have warned the United States against an attack after two incidents of American strategic bombers flying over the Persian Gulf in December.

Major General Yahya Rahim Safavi, a top military adviser to the Leader of the Islamic Revolution Ayatollah Seyyed Ali Khamenei warned the United States against making any mistakes, saying “Iran is capable of turning US aircraft carriers into submarines in a few hours”.

However, at the same time, he expressed hope that nothing would happen in the final weeks of US President Donald Trump’s presidency.

“We will never initiate a war, but we will respond decisively and with our utmost power and readiness if anyone attacks Iran,” Rahim Safavi, who is a former commander of the Islamic Revolution Guards Corps (IRGC) told Iran’s English-language Press TV on January 2.

He made the remarks while Iran marked the first anniversary of the martyrdom of the commander of the IRGC’s Quds Force, Lieutenant General Qassem Soleimani, who was assassinated together with a deputy commander of Iraq’s Hashd al-Sha’abi forces (Popular Mobilization Units), Abu Mahdi al-Muhandis, in a US drone raid on January 3, 2020, near the Baghdad airport, in the Trump-ordered attack.

The Quds Force, a division primarily responsible for extraterritorial military and covert operations, has reportedly killed Americans in the Middle East, including US troops in Iraq, through the use of its trained proxies.

In an interview with the Lebanese TV Al-Manar, Commander of the IRGC Aerospace Force Ali Hajizadeh advised the regional countries working with the US and Israel to rectify their policies.

“The US and the Zionist regime have not created security anywhere, and if something happens in here and a war breaks out, we will make no distinction between the US base and its host country. Naturally, the very same Arab countries of the region will bear the brunt,” Hajizadeh said.

He also noted that Iran has independently decided to restrict the range of its missiles to 2,000 kilometers, but such limitation on the range of missiles is not eternal. “The Israeli regime is currently at a crossroad of fire coming from Palestine, Lebanon, Syria and other Muslim countries. The friends of Iran are now equipped with missiles with pinpoint accuracy instead of simple rockets,” the general added.

Hajizadeh also pointed to Iran’s retaliatory missile strike on the US base of Ain al-Assad in Iraq after the assassination of Soleimani, saying that “our missile power was fully on alert. If they had given a response, we would have hit all of their bases from Jordan to Iraq and the Persian Gulf, even all of their warships in the Indian Ocean.”

Referring to the Pentagon’s recent decision to ramp up its military presence and activities in the Persian Gulf and the Sea of Oman, Commander of the IRGC Major General Hossein Salami said that Iran is fully prepared to face any military power following Washington’s provocative moves in the Persian Gulf. “Today, we have no problems, worries nor concerns to face any military power,” Salami stressed on January 1.

Tensions have risen between Iran and the US ahead of the first anniversary of the assassination of Soleimani. Iranian officials say that “tough revenge” is not over yet, and only the expulsion of all American forces from the region would meet that end.

On December 30, two nuclear-capable American B-52 bombers flew over the Persian Gulf after nonstop flights to the region from their US-based hangars. It was the third time in six weeks that American bombers were conducting long-range flights off the Iranian coast.

“The United States continues to deploy combat-ready capabilities into the US Central Command area of responsibility to deter any potential adversary, and make clear that we are ready and able to respond to any aggression directed at Americans or our interests,” General Frank McKenzie, the head of US Central Command said. “We do not seek conflict, but no one should underestimate our ability to defend our forces or to act decisively in response to any attack.”

The Iranian and Iraqi presidents have focused this week on the need to develop bilateral economic... 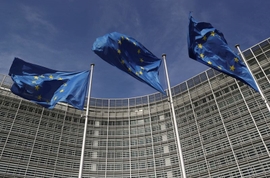 Iran’s Foreign Ministry Spokesman Saeed Khatibzadeh has said that his country would suspend all t... 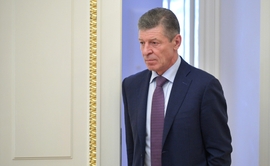 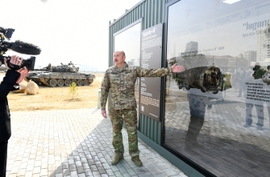