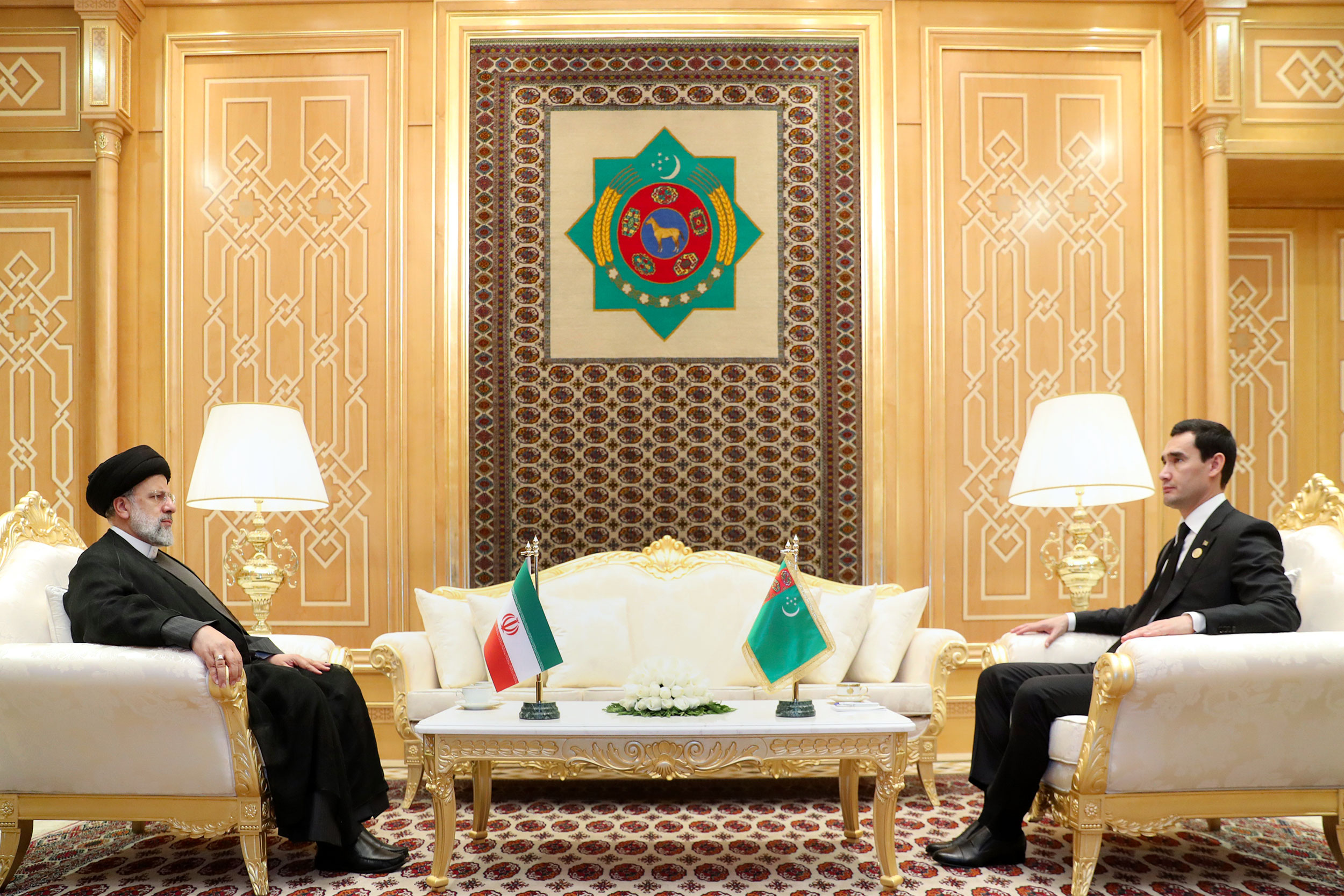 Iran's President Ebrahim Raisi met with Turkmen President Serdar Berdimuhamedow as part of his trip to Turkmenistan to attend the 6th Summit of Heads of State of Caspian littoral states on June 29, 2022. / president.ir

“According to the recent request of the Republic of Azerbaijan, Iran is ready to increase the capacity of Turkmenistan’s gas swap to Azerbaijan through our country,” President Raisi said in a meeting with his Turkmen counterpart Serdar Berdimuhamedow in Ashgabat on June 29.

President Raisi’s statement was made as part of his trip to Turkmenistan, where he attended the 6th Summit of Heads of State of Caspian littoral states.

Meanwhile, while in Turkmenistan, President Raisi also met his Azerbaijani counterpart Ilham Aliyev on the sidelines of the Caspian Summit.

Referring to the capacity of Iran and Azerbaijan to further expand their cooperation, Ebrahim Raisi said that “it is necessary to make optimal use of these capacities to expand cooperation between the two countries in the political, economic, cultural and trade fields.”

For his part, President Aliyev expressed hope that their meeting would “strengthen the process of the development of relations and raises the level of cooperation between the two countries.”

The 6th Summit of Heads of State of Caspian littoral states took place on June 29 in Ashgabat. As part of the event, the presidents of Russia, Azerbaijan, Iran, Kazakhstan, and Turkmenistan discussed topical issues of cooperation in the Caspian Sea, as well as the implementation of resolutions made during the previous meetings of the heads of the Caspian “five.” Following the summit, the attendees confirmed that their activities were “based on the principles of mutual respect, independence, and non-use of force.”

The states also pledged not to interfere in each other’s internal affairs, to use the Caspian Sea only for peaceful purposes, to take care of stability in the region, to maintain a reasonable balance of armaments, and not to allow foreign armed forces to the shores of the sea.

They also agreed to collectively protect the Caspian environment, make rational use of biological resources, help each other in scientific research, and ensure freedom to use the skies over the sea for flights.