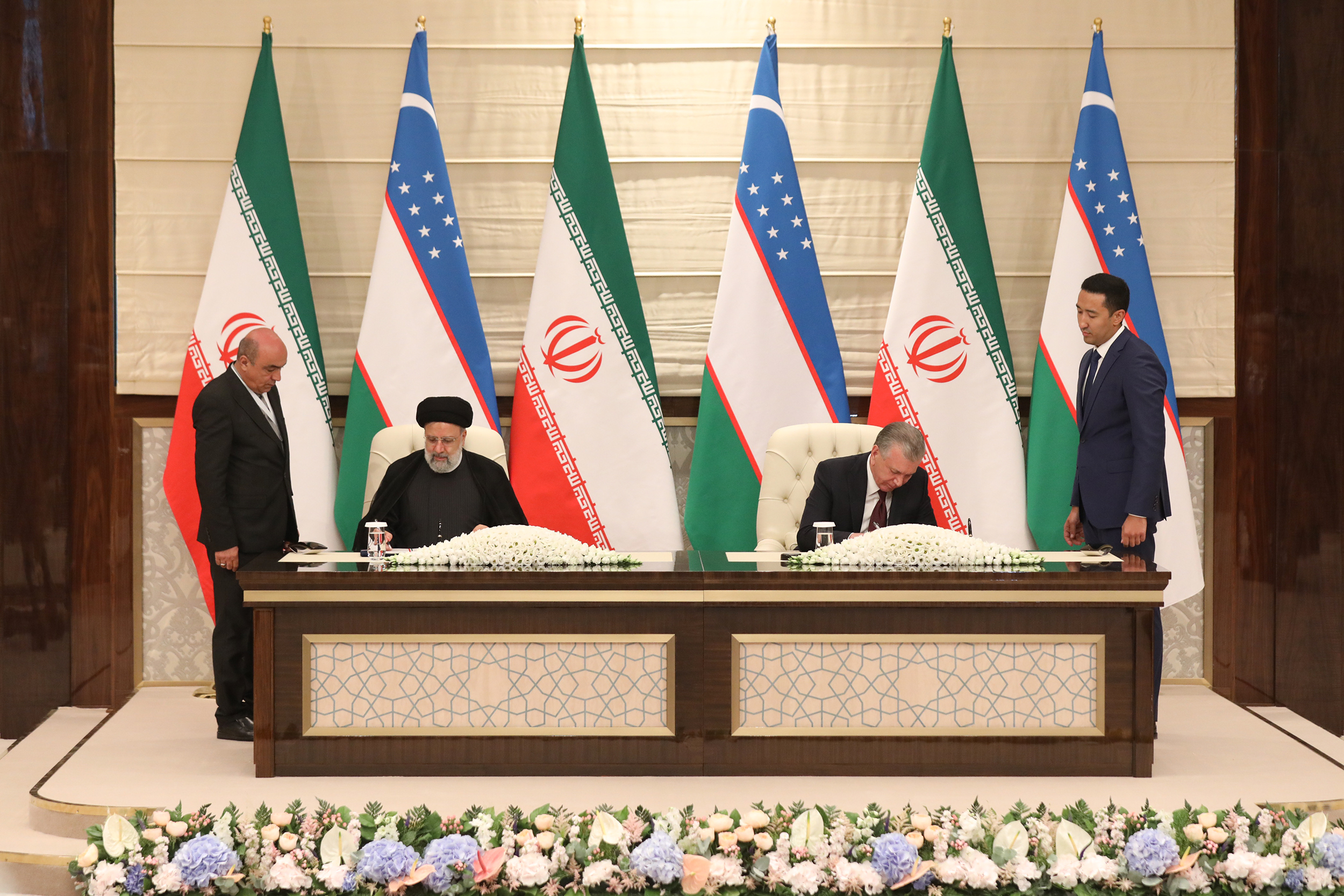 The signing ceremony of 17 documents on cooperation between Iran and Uzbekistan was in the presence of the presidents Ebrahim Raisi and Shavkat Mirziyoyev, on September 14, ahead of the summit of the Shanghai Cooperation Organisation in Samarkand, Uzbekistan, held on September 15-16. / president.ir

Iranian President Ebrahim Raisi signed 17 memoranda of understanding and cooperation documents with his Uzbek counterpart Shavkat Mirziyoyev as part of his visit to Uzbekistan.

“Increasing cooperation in the fields of agriculture, energy, customs, efforts to develop cooperation in sports, science, technology, and innovation, increasing cultural exchanges, cooperation in the field of health and treatment, operationalization of international transport through Chabahar Port, environmental cooperation, industry development tourism and facilitation of visa issuance for businesspeople, members of scientific circles and tourist groups are the subject of cooperation documents signed between the authorities of the two countries,” the official website of the Iranian president reported on September 14.

Raisi who was in Samarkand to attend the summit of the Shanghai Cooperation Organization (SCO) on September 15-16, praised improving relations with Uzbekistan and discussed ways of increasing annual bilateral trade to $1 billion in the near future.

The Iranian president stated that the volume of commercial exchanges between the two sides can be increased 3 to 4 times from the current $500 million at the first stage, adding that “Iran has good potential in the commercial and technical-engineering cooperation for developing cooperation with Uzbekistan.”

In his turn, the Uzbek president congratulated the completion of Iran’s membership process in the SCO at the Samarkand meeting, and said that “since the first meeting between me and your Excellency, the meetings and consultations between the officials of the two countries have increased significantly, which will be a solid foundation for the further development of relations between the two countries.”

During the bilateral meeting, the sides discussed ways of strengthening bilateral ties and expanding practical cooperation in the political, trade and economic, investment, transport and logistical fields. It was noted during the meeting that the establishment of road shipments from Uzbekistan to Turkmenistan and Iran, effective use of the potential of Iran’s Chabahar Port, and the facilitation of cargo entry and transit conditions would help expand opportunities in sphere of transport and logistics.

In late January, Uzbekistan signed an agreement granting the country access to the Chabahar port in Iran’s southeastern province of Sistan-Baluchestan. The agreement aimed to create a new transport corridor for the shipment of goods among Afghanistan, India, and Iran through the Iranian Chabahar Port which has a capacity of 12 million tons. By linking the Chabahar transit road to the Caucasus and East European countries, Iran is introducing an alternative to the marine route through the Suez Canal. 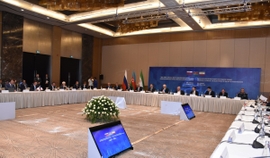 Azerbaijan, Russia, and Iran have signed a declaration following the first trilateral meeting on ...