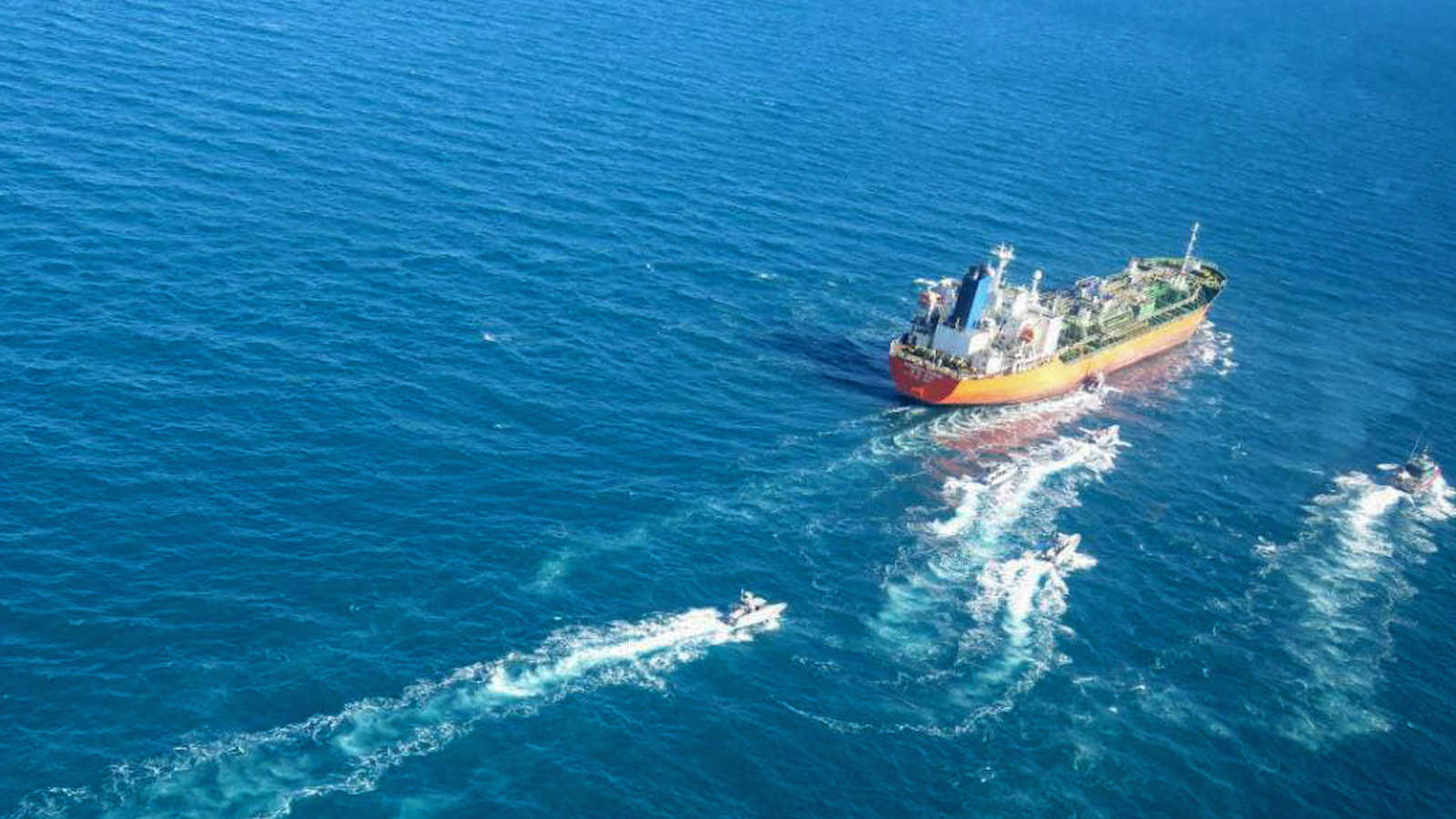 A picture shows the South Korean-flagged tanker being escorted by Islamic Revolutionary Guard Corps (IRGC) after being seized in the Gulf on January 4, 2021. / Tasnim News Agency

Iranian foreign minister Mohammad Javad Zarif has described the restrictions on the country’s frozen assets in South Korea as the “greatest obstacle” for bilateral relations, amid a dispute over a South Korean tanker seized by Iran in the Persian Gulf.

“The illegal actions of South Korean banks have negatively affected the public attitude of Iranian people towards this country, the issue of which have seriously damaged its image. Therefore, lawmakers at the Iranian Parliament emphasize their legal right to pursue the issue in order to solve these problems as soon as possible,” Zarif said in a meeting with South Korean Deputy Foreign Minister Choi Jong-Kun on January 11.

Zarif urged Seoul to take immediate steps to remove the restrictions, according to Iran’s Mehr news agency. He also referred to the seizure of the South Korean tanker by Iran and said that the tanker has been seized due to the pollution of the environment in the Persian Gulf waters. The seizure of the tanker is only a technical issue that is being pursued within the framework of legal and judicial regulations, he explained, adding that the Iranian government cannot interfere in this judicial process.

The South Korean deputy foreign minister called on Iran to take effective steps to resolve the issue of the seized tanker.

South Korea was a major buyer of Iranian oil until US President Donald Trump’s administration reimposed tough economic sanctions on Iran in 2018. The sanctions came after the US withdrew from the Joint Comprehensive Plan of Action (JCPOA) known as the nuclear deal signed between Iran and other world powers in July 2015. US President-elect Joe Biden has pledged to rejoin the JCPOA if Iran returns to strict compliance.

The East Asian country blocked $7 billion of Iranian assets due to US sanctions and banking restrictions imposed on business with Iran in 2019. In late December, Iran's Central Bank Governor Abdolnaser Hemmati expressed frustration with the delays, saying South Korean banks are not only refusing to release the money but even charging Iran for holding it.

Amid a financial dispute with South Korea, the Islamic Revolutionary Guard Corps (IRGC) seized a South Korean-flagged tanker in the Persian Gulf, raising “environmental concerns”. The vessel “Hankuk Chemi” was transporting 7,200 tons of ethanol before the IRGC's naval forces intercepted it on January 4.

“The South Korean tanker was stopped in the waters of the Persian Gulf [for] environmental pollution and after neglecting warnings,” the IRGC Navy said in a statement, accusing the vessel of “violating environmental protocols repeatedly” after it departed from the Saudi port of Al Jubail.

The South Korean vessel was later transported to Iran’s southern port city of Bandar Abbas for further action and its crew, including members from South Korea, Indonesia, Vietnam and Myanmar were detained by Iranian authorities.

Following the seizure, South Korea’s Foreign Ministry called on for the tanker’s immediate release, saying in a statement that “the defense ministry immediately dispatched the Cheonghae unit [anti-piracy forces] to waters near the Strait of Hormuz shortly after receiving a report on the situation of Iran's seizure of our commercial vessel."

South Korean Deputy Foreign Minister Choi Jong-Kun arrived in Tehran on January 10 at the head of high-ranking delegations to negotiate with the Iranian authorities for the release of the Korean sailors and the detained ship, and discuss Iran’s frozen financial resources.