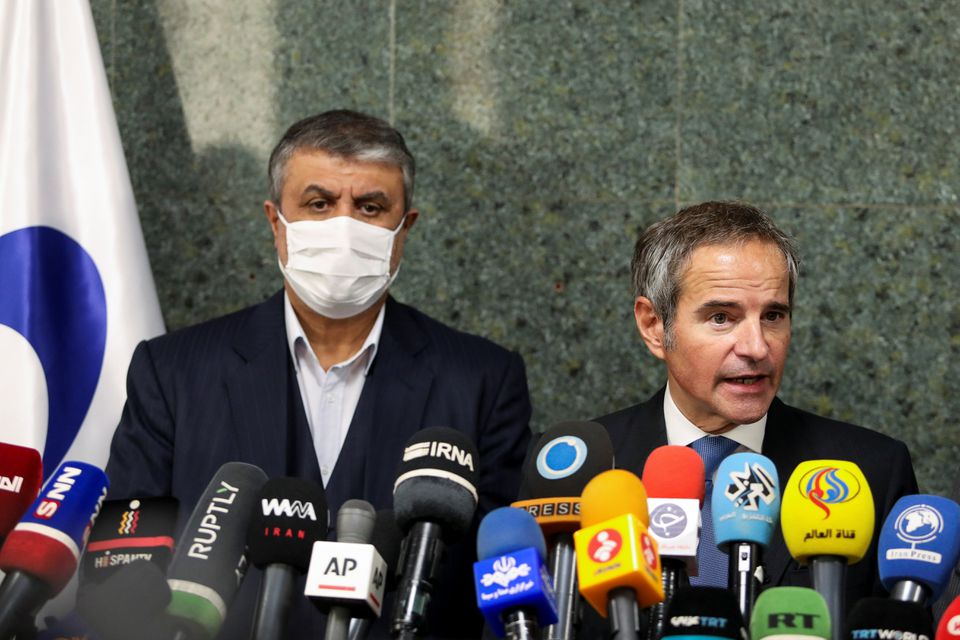 Iran’s Foreign Minister Hossein Amir-Abdollahian has urged the signatories of the 2015 nuclear deal to return to full compliance with their commitments and lift the sanctions during the forthcoming Vienna talks.

“If the other parties would be ready to return to full compliance with their commitments and lift the sanctions, achieving a good and even immediate deal would be possible,” Amir-Abdollahian said in a phone conversation with Josep Borrell, High Representative of the European Union for Foreign Affairs and Security Policy.

He further added that Iran will attend the Vienna talks with “good will and seriousness” and that the country is “in favor of a good deal that can be verified,” despite promises “broken” by the United States, Germany, UK, and France.

According to Amir-Abdollahian, there should be “serious and enough guarantee that Americans who cannot be trusted will not withdraw from the JCPOA [Joint Comprehensive Plan of Action, known as the 2015 nuclear deal] again.”

Referring to the new US sanctions imposed on Iranian companies and individuals, the Iranian minister underlined the necessity of Western parties’ “new and constructive” approach in the negotiations.

For his turn, Borrell said that “intensive and detailed discussions should take place, particularly on the suspension and lifting of sanctions.” He also added that following the talks, “everyone might be able to return to the original JCPOA form.”

“The only way for the lifting of the sanctions is the JCPOA’s revival, and in this way, Iran will achieve its rights and the international community will be assured of the peaceful nature of Iran’s nuclear program,” Borrell said.

Meanwhile, Iran’s Foreign Ministry Spokesman Saeed Khatibzadeh dismissed the possibility of a gradual return to the JCPOA following reports that the US was considering an interim agreement to buy more time to revive the JCPOA.

“All US sanctions must be instantly, effectively, and verifiably lifted and clear guarantees must be offered,” Khatibzadeh said on November 26.

On November 29, representatives of Iran and the European signatories of the JCPOA will meet in Vienna to resume talks aimed at reviving the deal, which offered Iran sanctions relief in exchange for limits on its nuclear program. The JCPOA was signed in July 2015 between Iran and the P5+1, including the US, Britain, France, Russia, China, and Germany.

In 2018, the then US President Donald Trump’s administration pulled out from the JCPOA and re-imposed sanctions that had been lifted under the deal’s terms. Iran responded by gradually scaling back its commitments and expanding its nuclear program, enriching uranium to levels far above the 3.67 percent limit set under the agreement. Earlier this year, Tehran has started 60 percent uranium enrichment.

Recently, in talks with his Israeli counterpart Eyal Hulata, US National Security Adviser Jake Sullivan raised the idea of an interim agreement with Iran. The rationale for an interim deal is that Iran’s dramatic nuclear advances have put Tehran extremely close to the uranium enrichment levels needed for a nuclear weapon.

According to The New York Times, Washington is considering an interim deal that would see Iran freeze its production of more enriched uranium in exchange for lifting a limited number of sanctions.