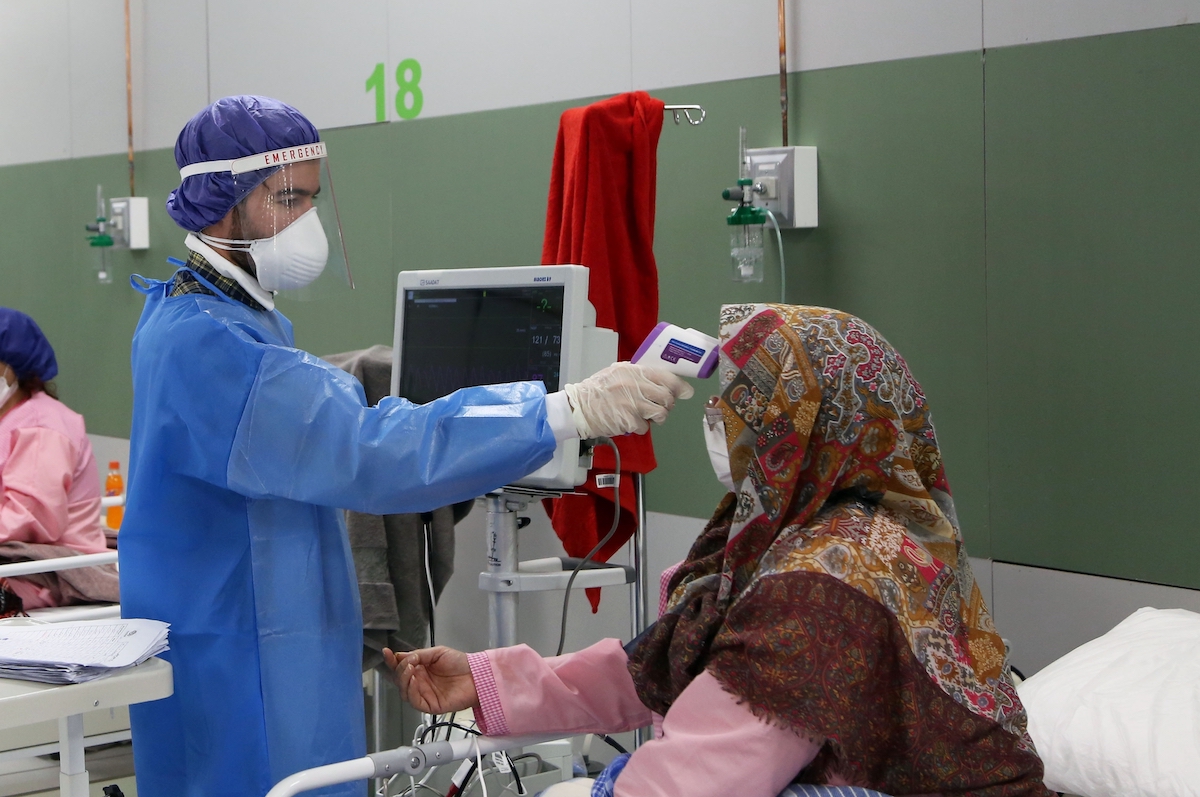 Iranian President Hassan Rouhani has reiterated the need for the International Monetary Fund to approve Iran’s request for a $5 billion emergency loan that would help the country fight the novel coronavirus, also known as COVID-19.

“Here, we call on all international bodies to live up to their legal responsibilities. Iran is a member of the International Monetary Fund (IMF) and the World Bank. It is paying its share and a part of Iran's reserves is at their hands. We had a request for a loan - and if they are to discriminate between Iran and other countries, it will not be tolerable for us and the world's public opinions,” Rouhani said while addressing the session of the Council of Ministers in Tehran on April 8.

“We have not asked for anything from the fund for the past 50 years or so. Now after this long time of membership, if they do not fulfill their responsibility in this hard time, the world will judge them differently,” Iran’s official presidential website quoted Rouhani as saying.

Rouhani’s appeal comes after the Iranian Central Bank requested the loan last month from the IMF’s Rapid Financing Instrument, a program providing emergency funding to select member countries. However, the loan has not yet been approved, and the US, the IMF’s largest shareholder, is expected to block Iran’s request, the Wall Street Journal recently reported.

IMF Managing Director Kristalina Georgieva announced on March 4 that the international body was planning to allocate $50 billion in a bid to help low-income and emerging market countries tackle the impact of the coronavirus outbreak.

Within the Middle East, Iran has been the hardest hit by COVID-19. According to the Iran’s health ministry, the country’s death toll has now exceeded 3,900, while the number of confirmed cases has climbed above 64,000. As of April 8, a total of 29,812 coronavirus patients in Iran have recovered and been discharged from hospitals, as reported by the Iranian state news agency IRNA.

During the cabinet meeting, Rouhani also denounced US sanctions against Iran, describing them as committing terrorism in the medical domain as the restrictions undermine people’s access to medical care.

“It will remain in history that the White House, which has been a terrorist in economic issues, will be a terrorist in medical issues as well. This will be a historic scandal for the US administration that it is continuing its pressures on the great Iranian nation,” the president said.

Rouhani added that some businesses in Iran would remain closed until further notice after the authorities announced last week that the country would begin to ease its COVID-19 measures from April 11.

More than 600 people have died in Iran after consuming high-concentrated alcohol due to the mistaken assumption that it protects against the novel coronavirus. Several people have been arrested in connection with the illegally produced substance.

“Unfortunately, 600 people have died and 3,000 have been poisoned, and the distributors of this counterfeit alcohol will be dealt with severely,” Ghulam Hussein Ismaili, a spokesperson for the Iranian Judiciary, was quoted by Tehran-based Ana.ir website as saying.