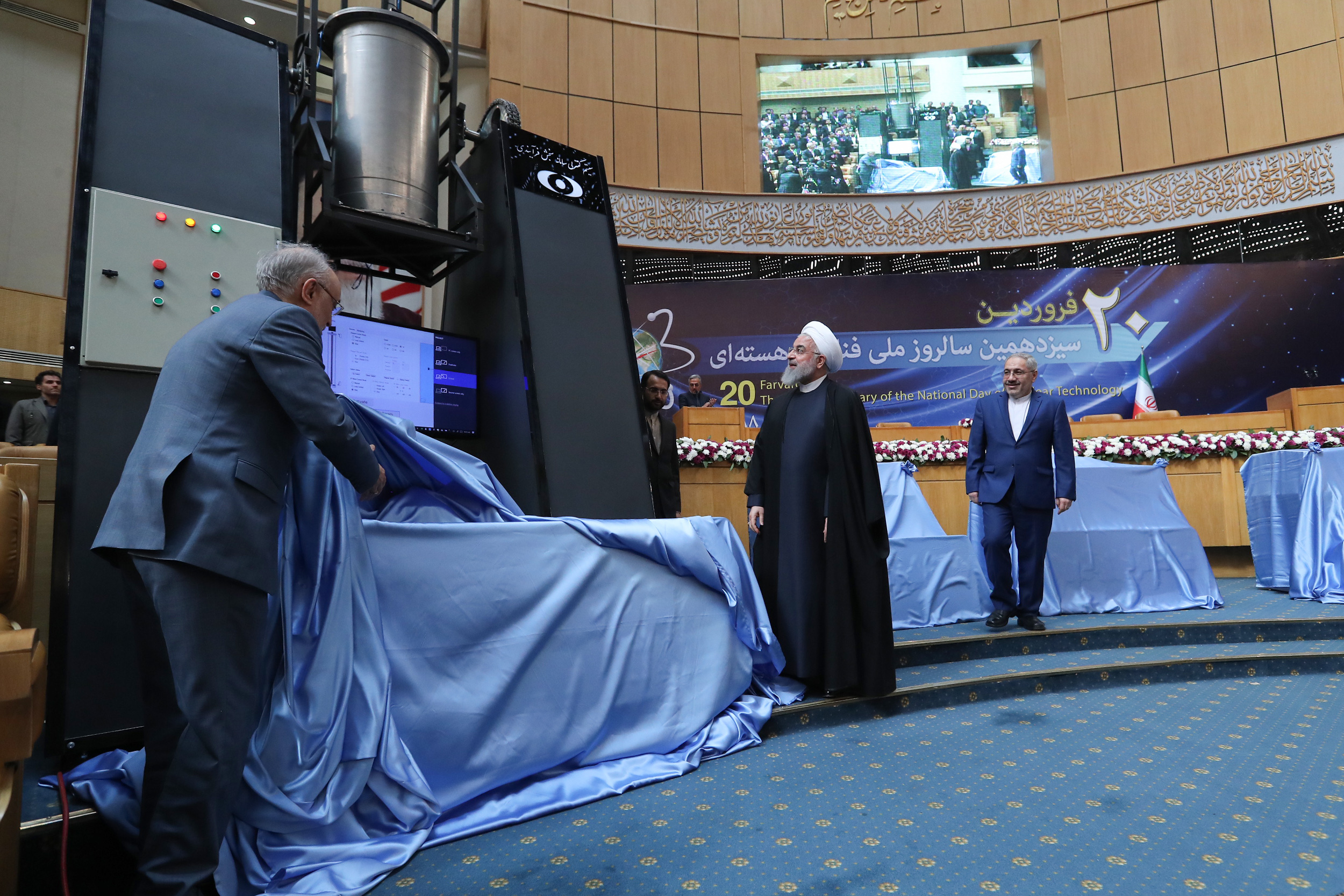 Iranian President Hassan Rouhani unveiled 114 new achievements in the nuclear and medical industry at an exhibition that was held alongside a ceremony to mark the National Day of Nuclear Technology, on April 6, 2019. / Iran Front Page

Iranian President Hassan Rouhani has unveiled 114 new achievements in the nuclear and medical industry at an exhibition that was held alongside a ceremony to mark the National Day of Nuclear Technology.

“You are completely mistaken if you [the United States] think you can prevent Iran from making progress in the area of nuclear technology," Rouhani said at the ceremony held in Tehran, on Tuesday, according to the president’s official website.

“What have you achieved with your sanctions?”, Rouhani asked the Americans, adding that, “if you want to limit Iran’s military power, you know that we have developed missiles since last year that you wouldn’t even imagine.”

Tensions between Iran and the U.S. have been on the rise since May 2018, when U.S. President Donald Trump announced that he would withdraw the United States from the 2015 Iran nuclear deal, called the Joint Comprehensive Plan of Action (JCPOA) and reimpose sanctions. The JCPOA was signed in July 2015, after several years of negotiations between the UN Security Council’s five permanent members plus Germany, dubbed the “P5 + 1,” in exchange for Iran curbing its nuclear program.

Not all nuclear technology is as adverse as some might think, however, or for energy production purposes. A control system for monitoring nuclear processes, nuclear isotopes used in radiopharmaceuticals, advanced treatments for liver cancer, new technologies in medical diagnosis, and application for the food industry were all part of the presentation. A continuous-flow zonal centrifuge as well as Yttrium-90, a medically-significant product that can be used in radiation therapy to treat cancer, were included.

Rouhani also launched the installation of new centrifuges and semi-industrial production of IR6 centrifuges in Isfahan, Natanz and Fordow through videoconference. The unveiled achievements were designed and manufactured by experts of the Atomic Energy Organization of Iran, according the head of the organization, Ali Akbar Salehi.

Salehi said that Tehran welcomes the IAEA’s impartial stance on its nuclear program, adding the IAEA’s 14 reports on the country’s nuclear activities prove Iran regards itself as duty-bound to cooperate with the UN nuclear watchdog under the deal.

Earlier, Salehi announced on March 18 that his country has started construction of two new nuclear power plants (Bushehr-2 and Bushehr-3) in the southern city of Bushehr. The project, which will cost more than $8.5 billion and is being built with Russian assistance, is expected to go online by 2026.

Iran's first Russian-built nuclear power plant in Bushehr started operating in 2011 and reached full capacity the following year. The project for Bushehr-2 was presented by Russian nuclear experts in Tehran in September 2014.