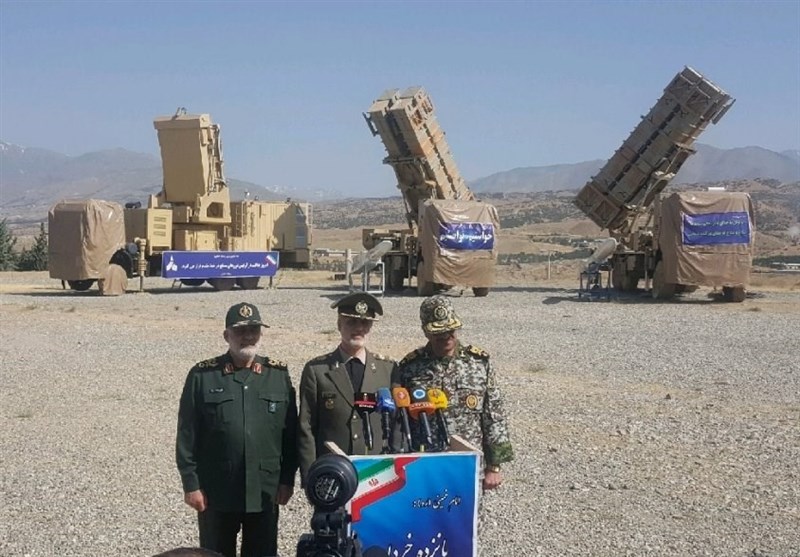 Iran’s defense ministry has unveiled what it claims to be a sophisticated air defense system capable of hitting several targets, using the domestically-produced new generation of Sayyad-3 missiles.

“The new air defense system has been paired with the Sayyad-3 long-range missiles and is capable of detecting various targets, including warplanes and intruding drones, within a range of 150 kilometers and tracking them at a range of 120 kilometers” Hatami said.

The general also said that the system is equipped with a phased array radar and independent launch pads and can effectively take action against various aerial targets, such as reconnaissance aircraft, bombers and tactical warplanes. The system was developed by the ministry’s experts, and after was formally delivered to the Air Defense Force of the Iranian Army.

Iranian officials have repeatedly underlined that its military might poses no threat to regional countries, and the country’s defense doctrine is entirely based on deterrence.

“We have made no request to purchase S-400 air defense systems from Russia, and we do not have a need for it, either. Our own engineers have already built a similar system which is just as good as its Russian version,” Mousavi said during a press conference in Tehran, according to Mehr News Agency.

But Bloomberg reported on May 30 that Russia had rejected Iran’s request for the purchase of S-400 air defense system, fearing that this might escalate tension in the Middle East. The following day a source in military and diplomatic circles told TASS that Russia had received no requests from Iran for the delivery of S-400 surface-to-air missile systems.

Russia’s S-400 Triumf is the latest long- and medium-range surface-to-air missile system that went into service in 2007. It is designed to destroy aircraft, cruise and ballistic missiles, and can also be used against ground installations. The S-400 can engage targets at a distance of up to 400 kilometers (249 miles) and at an altitude of up to 30 kilometers (19 miles) under intensive enemy fire and jamming.

Iran has already purchased S-300 surface-to-air missile defense system from Russia. Tehran has announced that it is designing and manufacturing an indigenous version of the S-300 system, called Bavar-373, which would be more technologically advanced than S-300.