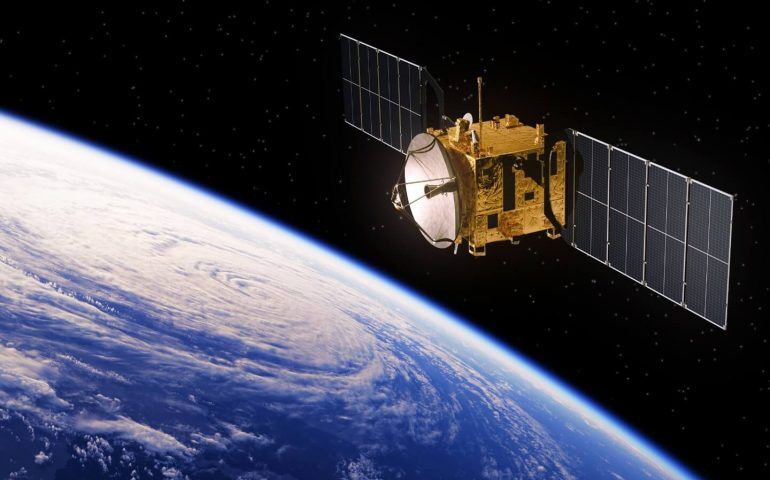 Scheduled to be launched into space by 2025, Iran's "Kowsar" satellite has reached the testing and assembly stage.

"Iran will attain the ability to carry out satellite imaging from a 500km orbit and capture imagery for agricultural purposes," the Iranian official IRNA news agency reported on February 3.

The Kowsar satellite has reached the testing and assembly stage after 2 years of efforts by a consortium of eight knowledge-based private companies that have come together within the organizational framework of a company named "Omid-e Faza" (“Space Hope” in Persian).

The satellite was unveiled on the National Space Technology Day with the presence of Manouchehr Manteghi, Secretary of the Space Technology Development and Advanced Transportation, and Hassan Salariyeh, head of the Iranian Space Agency (ISA).

The head of the ISA announced on February 3 Iran is planning launch two Nahid-1 (Venus-1) satellites using the Zoljanah and Qaem satellite launch vehicles (SLV) during the next Iranian year (between March 2022 and March 2023).

The Nahid-1 satellite is the first stage in Iran's strategic program to develop communications satellites, and it was unveiled in early 2017. The project is designed to help Iran gather knowledge, technical capacity and gain experience in designing, building and launching such satellites. The satellite was commissioned by the ISA from the country's Satellite Research Institute, itself a part of the Iranian Space Research Centre (ISRC).

"Over the past two years, tests were carried out on Iranian SLVs working with liquid fuel; this was a successful test on a solid-fuel motor which put out 66 tons of thrust," Islamic Revolution Guards Corps (IRGC) Aerospace Force Commander Amir Ali Hajizadeh said.

In late December 2021, Iran’s Defense Ministry launched a Simorgh SLV carrying “three research payloads”. The research mission included the transfer of research equipment at an altitude of 470 kilometers, with a launch speed of 7,350 meters per second.

In February 2020, Iran launched a research satellite carrier called “Zoljanah”. The space launcher was equipped with a three-stage carrier with two stages of solid propulsion and one stage of liquid propulsion. The vehicle is said to be capable of carrying satellites weighing up to 220 kilograms in a 500-kilometer orbit.