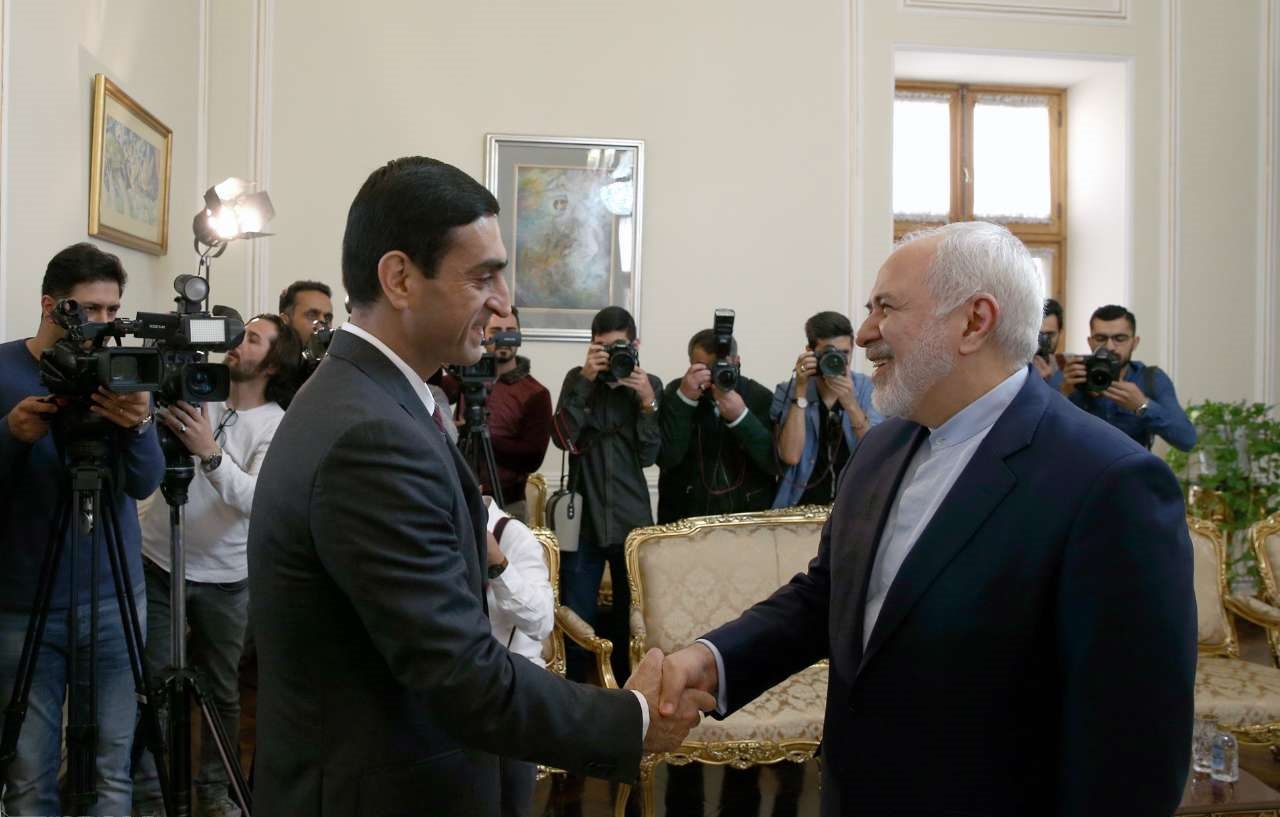 An Iranian diplomat has said that trade between Iran and Turkmenistan between the start of the Iranian year (March 21, 2018) to January 2019 was $312 million.

“The trade turnover between the two countries in the last ten months was $312 million, of which $305 million worth of [Iran's] exports, and seven million dollars were imported from the neighboring country,” Iran's economic attaché to Turkmenistan, Rahmatollah Khormali, told the Islamic Republic News Agency on January 26.

During a meeting held with Turkmenistan’s Deputy Foreign Minister Vepa Hajiyev in Tehran on January 28 Iran’s Foreign Minister, Mohammad Javad Zarif, said that Tehran attaches great importance to its ties with Ashgabat and considers Turkmenistan one of the closest countries to Iran.

“We always seek enhanced relations and cooperation with Turkmenistan in various fields, and hope that we would be able to tap into all the capacities available for promotion of friendship and brotherhood between the two neighbors,” the official website of the Iranian Foreign Ministry cited Zarif as saying.

For his turn, Turkmenistan’s Deputy Foreign Minister noted the importance of cooperation with Iran, saying, “We are trying to prepare the grounds for expansion and deepening of cooperation and bilateral relations and friendship with Iran by removing certain obstacles.”

During the meeting, the two sides called for implementation of previous agreements regarding the facilitation of visa issuance, citizenship, prisoners' rights, judicial documents, as well police cooperation, border issues and customs cooperation.

Despite a gas dispute between Iran and Turkmenistan, which has officially been transferred to the International Court of Arbitration, several big joint projects have recently been carried out. Large-scale joint projects, including the Kazakhstan-Turkmenistan-Iran transnational railway, which have already been completed, are considered examples of effective bilateral collaboration.

In March 2018, the Iranian and Turkmenistani presidents signed 13 Memorandums of Understanding (MoUs), ranging from projects focused on sports and cultural ties, trade, industry, agriculture and academics. Iranian road constructing companies are expected to carry out projects in Turkmenistan, and Iran will soon be exporting buses to Turkmenistan.

As of February 1, 2018, 89 investment projects with the participation of Iranian companies were registered in Turkmenistan. A total of 142 enterprises using Iranian capital – including limited partnerships, subsidiaries, representative offices and branches – have been registered in the country.

Turkmenistan stopped gas supplies to Iran in January 2017, demanding that Tehran settle a debt that allegedly remained outstanding from previous imports. Ashgabat claims Iran owes it $1.8 billion from sales between 2007 and 2008, when freezing winters led to severe shortages across 20 Iranian provinces, forcing the country to raise gas imports from its northeastern neighbor.