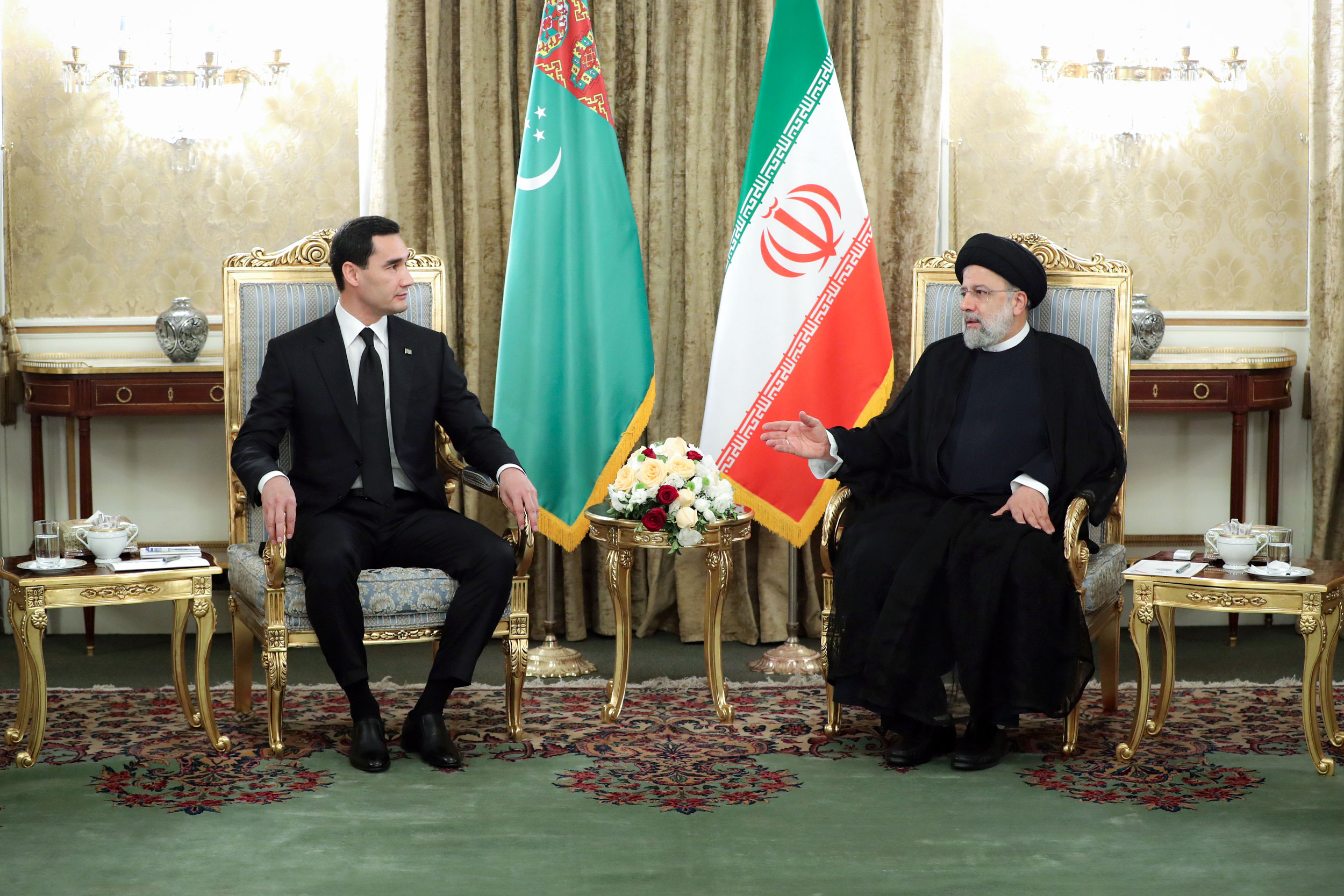 The Iranian and Turkmen high-ranking officials have signed a series of documents ranging from finance to energy in the presence of President Ebrahim Raisi and his Turkmen counterpart Serdar Berdimuhamedow.

The package of nine Memoranda of Understanding included bilateral cooperation in the spheres of investment, transport, transit, environmental protection, TV and radio, as well as trade, economic, scientific, technical, and cultural areas between several provinces of the two countries, the press service of the Iranian president reported on June 15.

After the signing ceremony, President Raisi said Iran was determined to sign a 20-year deal with Turkmenistan. The statement was made as part of a joint press conference with President Berdimuhamedov, who arrived in Iran for a two-day visit on June 14.

“In the negotiations, it became clear that the two countries have a serious will to develop relations and implement the agreements reached. More importantly, the two countries are determined to sign a strategic document of 20 years of cooperation,” the Iranian president said.

Raisi added that his visit to the Turkmen capital last year could further activate the cooperation between the two countries, especially “in the field of the gas swap, transit, and transportation, and good steps were taken in these areas.”

Raisi also described any foreign presence in the region as “problematic,” and said that “our common belief is that the presence of outsiders is not a security-building factor but creates problems.”

In his turn, Berdimuhamedow said, “the energy and transportation sector is amongst the important and strategic sectors of relations between Tehran and Ashgabat.” He further noted that the sides would focus on effectively using these potentials to expand interactions. Berdimuhamedow added that as part of the discussions, particular importance was attached to the relations between the two countries in the Caspian Sea.

According to the Turkmen president, the two countries have excellent relations within the framework of international organizations and are determined to expand these relations.

For his part, Berdimuhamedov underlined Turkmenistan’s will to expand ties with Iran, especially in the fields of gas, electricity, and transportation.

“Based on our negotiations, the money that Iran is owed because of gas exports to Iraq will be given to Turkmenistan by Iraq,” the Iranian minister said on June 14.

Iran’s $2 billion debt to Turkmenistan stems from a 2020 International Court of Arbitration (ICA) ruling against Tehran. Turkmenistan successfully sued Iran for failing to pay for the gas it imported between 2007 and 2013.