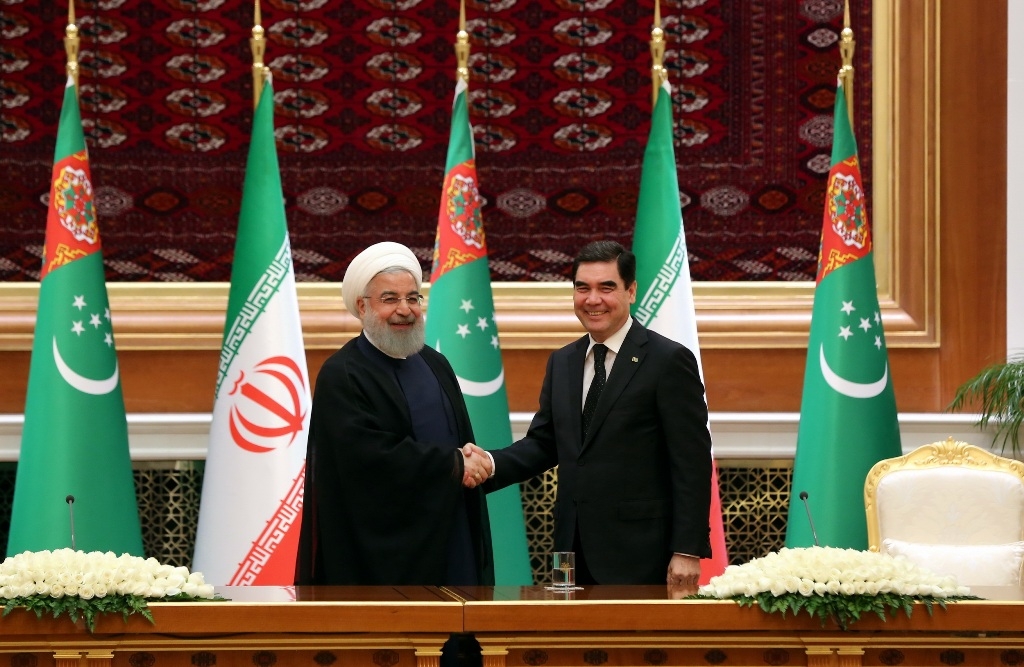 The Iranian and Turkmen presidents have underscored the need to normalize the bilateral trade in conformity with the health regulations, amid global pandemic.

The leaders of the two neighboring countries agreed on April 29 that the joint efforts of all countries in the fight against coronavirus are necessary, and then noted that there will be a strong need to bring economic cooperation to the pre-coronavirus level as well as to restore trade relations between the two countries.

In a phone conversation with Turkmenistan’s President Gurbanguly Berdimuhamedow, his Iranian counterpart Hassan Rouhani focused on Iran’s achievements in fighting coronavirus, saying that his country is ‘‘ready to share our experience with the friendly country of Turkmenistan.’’

President Berdimuhamedow said that development of relations and cooperation with sincere and mutual respect with friendly countries, especially with Iran, is a priority for Turkmenistan.

Turkmenistan was reportedly preparing to re-open border crossings with Iran after suspending freight traffic and closing its borders in late March to prevent the spread of the novel coronavirus.

Meanwhile, Turkmenistan has not reported any registered COVID-19 cases yet, but some experts are skeptical about this.

The Turkmen authorities have reportedly kept silent that hundreds of people are being held in quarantine zones in the country what could be an attempt to hide suspected cases of coronavirus ahead of a visit by World Health Organization (WHO) experts.

Doctors in the country are not allowed to talk about the coronavirus, face masks are banned, and citizens are punished for talking about the global pandemic. Over 400 people placed in a quarantine area in the outskirts of Turkmenabad, the country’s second-largest city, are reportedly being transferred to small provincial hospitals and a psychiatric clinic.

Turkmen Healthcare Minister Nurmukhammed Amannepesov said on April 22 the country had 30,000 test kits, with 40,000 more on order from Russia, Turkey, and Germany. He added that 151 people were still kept in quarantine zones, mostly Turkmen citizens who worked as truck drivers and ship crews.

On April 26, Iranian Deputy Foreign Minister for Economic Diplomacy Gholamreza Ansari said that nearly all of the Iranian borders, except for the common border with Turkmenistan, remain open.

Turkmenistan has shut its borders with all countries, including the neighbors and non-neighbors, due to the coronavirus outbreak. As the Turkmen officials claim, there have been no cases in the country, so the government has closed almost all borders in order to protect citizens from the potential threat.