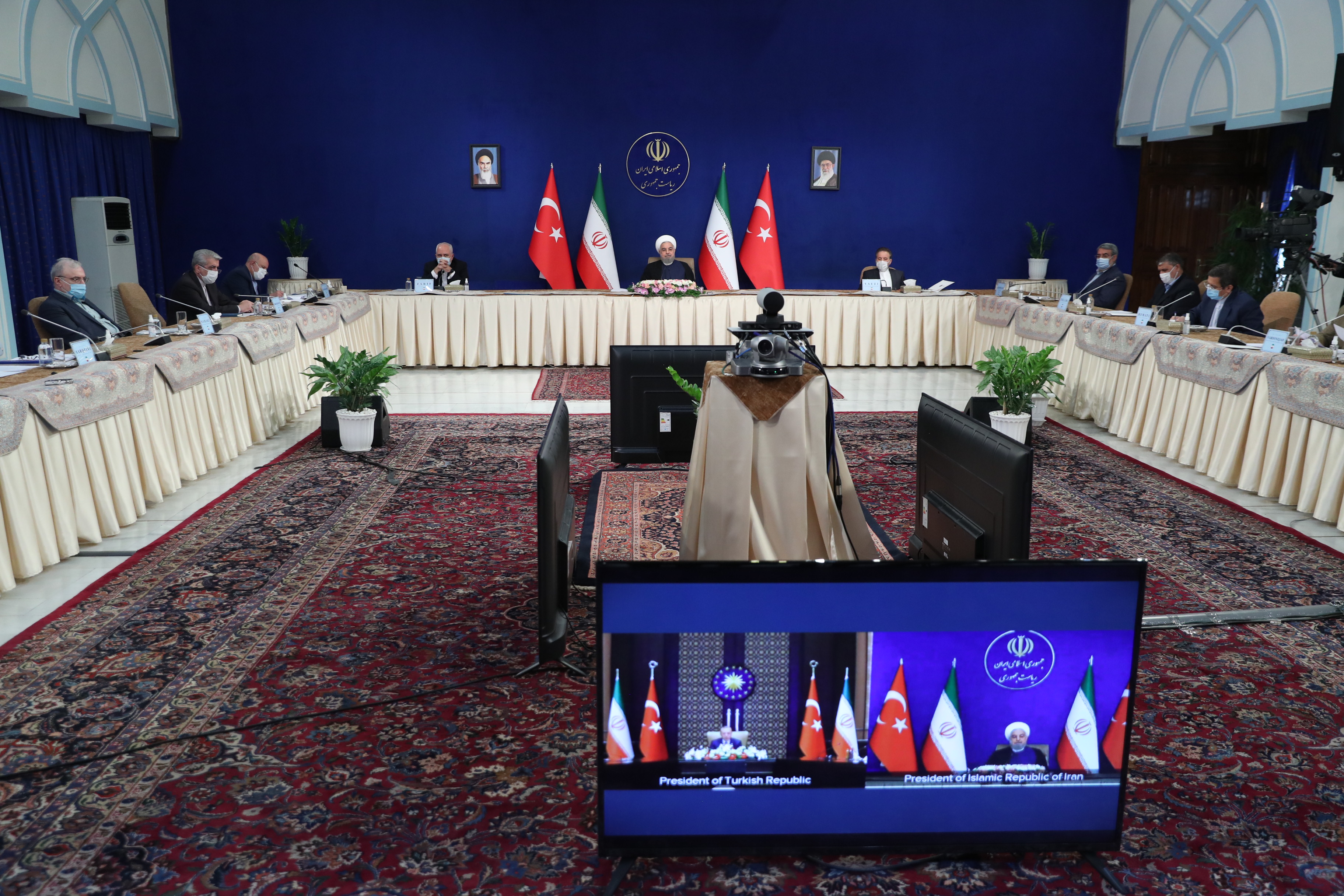 Iran and Turkey are exploring prospects for boosting bilateral trade to $30 billion, as well as joint efforts to ensure regional security.

“The Iranian and Turkish presidents discussed ways to materialize targeting $30 billion volume of trade exchanges which had earlier been agreed by both sides,” the deputy head of the Iranian president's office for communications Alireza Moezi was quoted by state-run news agency IRNA as saying on September 8.

Developing cooperation in energy, transportation and tourism were among other topics addressed by Iranian President Hassan Rouhani and Turkish President Recep Tayyip Erdogan during the Sixth Meeting of the High-Level Cooperation Council between the two countries held via the video conference.

Rouhani said at the meeting that "Iran-Turkey agreements in various fields including cooperation in energy and petrochemicals, transportation and investment in the fields of tourism, oil and gas should be accelerated and expanded by the joint commission of the two countries."

For his part, Erdogan said "the trade and economic capacities of the two countries require the volume of relations to be much better than this level and in this regard, Turkey is always ready to invest in Iran in various fields of energy, transportation and tourism, and close customs cooperation is among the goals of Iran-Turkey relations."

Iran’s trade with Turkey totaled $1.07 billion between January and June this year, registering a decrease of 72.54% compared with the same period of 2019. Iran exported goods worth $417.5 million to Turkey in this period which is 84.64% less than year-on-year, while imports stood at $652.19 million, down 44.63%. Iran was Turkey’s 33rd biggest trading partner during the period, according to data by the Turkish Statistical Institute.

Other regional issues on the presidents' agenda included establishing peace and stability in Syria, the continuation of Astana talks and making agreements operational. They also discussed the Palestinian issue and the joint efforts to fight terrorism in the region.

"One of the important fields of cooperation between Ankara and Tehran is cooperation within the framework of the Astana process to establish stability and peace in Syria, by which we have been able to reach good agreements in the fight against terrorism with the cooperation of the friendly country of Russia, which we hope will be better implemented," the Iranian President said during the meeting.

Underlining their strong commitment to Syria’s sovereignty, independence, unity, and territorial integrity in line with all agreements in the framework of the Astana format, both sides reaffirmed their conviction that the Syrian conflict could be resolved through a political process in line with UN Security Council Resolution 2254.

“Bearing in mind that PKK/PJAK and all terrorist organizations in the region pose a common threat against the security of both Turkey and Iran, both sides emphasized that it is incumbent upon both countries to fully utilize the existing cooperation mechanisms against the activities of PKK/PJAK elements and the other terrorist organizations along the common borders and to take coordinated steps for result-oriented cooperation, including joint operations, in countering terrorism and organized crime,” said the 19-paragraph declaration issued at the end of the meeting.

In recent years, the two neighboring countries have repeatedly expressed concern over the activities of Kurdish rebel groups along the borders of the two countries. Iran mainly accuses PJAK of carrying out acts of sabotage and attacks on frontiers in the western and northwestern provinces of West Azerbaijan, Kurdistan and Kermanshah.