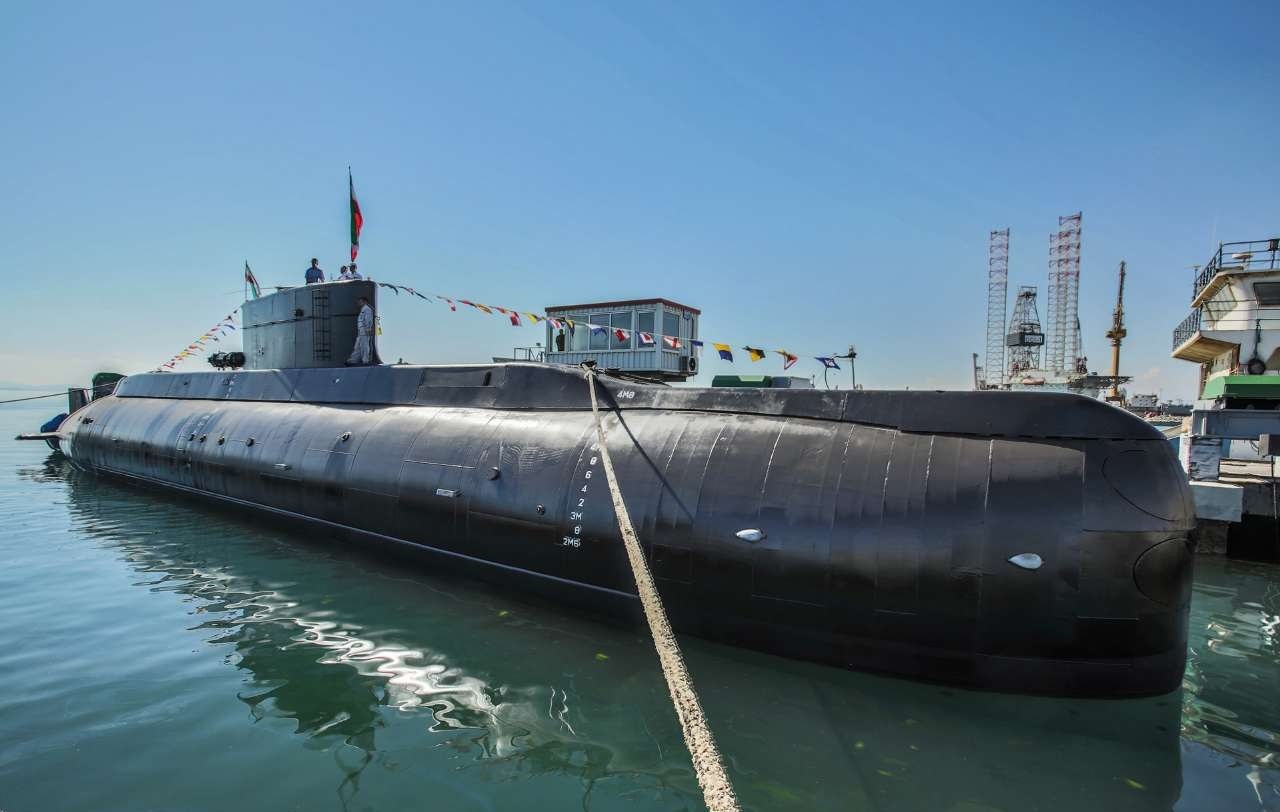 The new submarine Fateh is armed with four 533-mm torpedoes, and it can carry eight sea mines and two reserve torpedoes. The locally-made 527-ton underwater vessel is also allegedly capable of firing cruise missiles. It can operate more than 200 meters below sea level for up to 35 days. / Aftabnews.ir

The head of the Iranian Defense Ministry’s Marine Industries Organization has announced this week that his country will construct a 6,000-ton destroyer.

“In the defense ministry we are working on the construction of a 6,000-ton destroyer in the long-run,” Rear Admiral Amir Rastegari said in an interview with Iran’s Mehr news agency on April 3, adding that executive preparations of the project will commence this year.

“The destroyer will provide the ministry with a longer presence in international waters and oceans with defense and passive defense capabilities, guaranteeing the strategic role of the ministry,” he added.

Rastegari also said that Iran Maritime Industries Organization was running a project on construction of heavy destroyers, which is a joint project between the organization and the country’s defense agency.

In accordance with the Joint Comprehensive Plan of Action (JCPOA), which is commonly known as the Iran nuclear deal, Iran has the permit and the capability to improve its submarines by making them run on nuclear fuel. At the same time, the improvement of this kind is not on the agenda, according to Rastegari.

Iran ranks first in terms of production of marine equipment among the coastal states of the Persian Gulf, according to the commander of the Navy, Rear Admiral Hossein Khanzadi.

The country has made considerable progress in the field of marine vessels, especially in the design and manufacture of submarines and destroyers. Iran has already built the Fateh class submarines with the 527-ton displacement, and a number of midget submarines, including the lone Nahang class.

The 120-ton Ghadir class submarines can carry torpedoes to attack the enemy ships. These submarines can also be used to lay sea mines. The Ghadir is based on the North Korean MS-29 Yono design, the type believed to have sunk the South Korean warship Cheonan in 2010.

Iranian submarines are equipped with locally built heavyweight torpedoes and a unique type of lightweight anti-ship missile. The larger size will enable more weapons to be carried, more powerful sonar, and longer patrols.

Previously, Iran’s Armed Forces Chief of Staff Major General Mohammad Hossein Bagheri made the warning in response to the US’ deployment of Patriot air defense systems to Iraq.

He said on April 2 that Iran has no intention to attack U.S. forces in the region but warned if the Americans have an “ill will against our country’s security” or make the slightest move against Iran “they will face our most fierce reactions.”

Bagheri added that Iran is closely monitoring the activities and moves of Americans in the region and the Iranian armed forces are fully guarding land, marine and aerial borders of the country.