Iran Threatens US with Revenge in Death Anniversary of General Soleimani 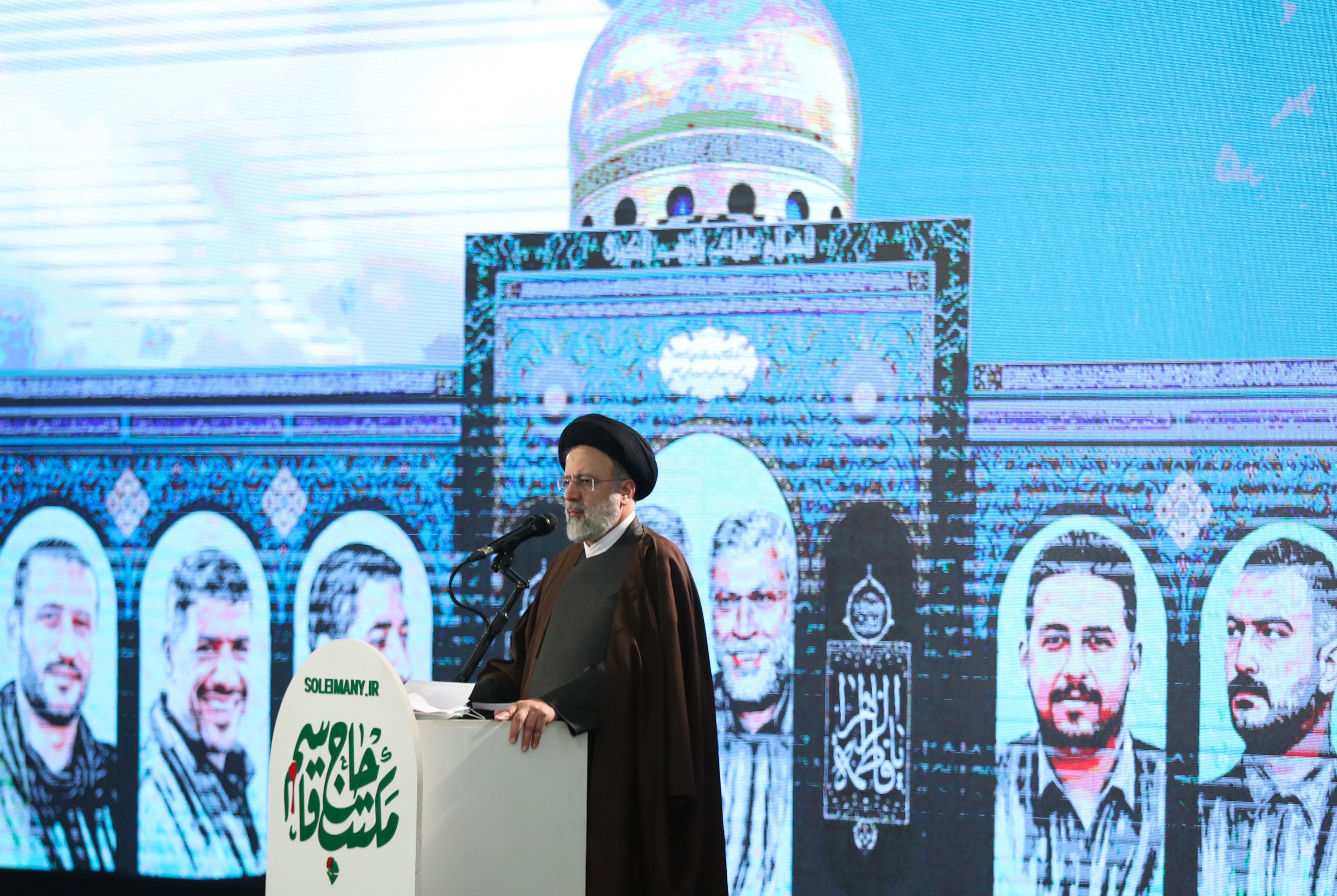 Iran's President Ebrahim Raisi has said that those involved in the assassination of the slain commander of the Islamic Revolution Guards' (IRGC) Quds Force, Qasem Soleimani must be punished, and vowed take revenge if those involved are not brought to justice.

"If the mechanism for a fair trial of [Donald] Trump, [former US Secretary of State Mike] Pompeo and other criminals is provided, they will be punished for their shameful acts in a fair trial for committing this horrific crime. If not, I tell all American statesmen that do not doubt that revenge will come," Raisi said on January 3, in the prayer hall of Tehran, while addressing the ceremony held to mark the second anniversary of the assassination.

He added that "the enemy was worried about the Hezbollah front in Lebanon, but several Hezbollah factions were created and became the Hezbollah and Resistance Front in the region, and the international resistance movement."

Soleimani and Abu Mahdi al-Muhandis, the second-in-command of Iraq’s Popular Mobilization Units (PMU), and their companions were killed in a US drone strike near Baghdad airport in Iraq on January 3, 2020, on the order of former US President Donald Trump. At the time of his death, Soleimani was the head of the Quds Force, responsible for external operations, in which capacity the late commander had extensive involvement in consolidating Iranian influence in the countries of the region.

On January 1, Iranian Supreme Leader Ayatollah Ali Khamenei said in a meeting with the family of Soleimani that the assassination of the general triggered the US' withdrawal from the countries neighboring Iran’, adding that the commander’s killers should wait for revenge.

In a tweet on January 5, Iran's Foreign Ministry said that the US killing of Soleimani was "a clear example of state-sponsored terrorism", adding that "it showed that America can commit a crime but it will not be in control of its consequences".

On January 3, Salman Pourmoridi, a judge from Tehran's Court for international rights, began hearing the case dubbed "First Retaliation Court for Martyr Qasem Soleimani". He said during the hearing that around 80 petitions had been submitted and that the court has informed the US administration and 42 suspects in these cases about the process.

In a leaked audio file shared on YouTube in May 2021, former Iranian Foreign Minister Mohammad Javad Zarif criticized the fraught relationship between Iran's diplomacy and military activities in the Middle East. In the file, he could be heard lamenting the way in which the country's operations led by Soleimani on the "field of battle" had always taken priority over the diplomatic efforts overseen by himself.

The leader of Lebanon's Iran-backed group Hezbollah, Hassan Nasrallah, said in a speech on January 3 that “the expulsion of US forces from the region will be the ultimate revenge for the assassination of Soleimani”.

“The United States makes wars in the region in order to plunder our resources. Gen. Soleimani was there to alter equations and defeat enemies,” Nasrallah added.

On January 5, a Katyusha rocket hit an Iraqi military base hosting US forces near Baghdad's international airport. It was the third attempted attack targeting foreign troops in the country since January 3. US officials have warned in recent weeks they expected an uptick in attacks against US forces in Iraq and Syria, because of the second death anniversary of the Iranian general.

On Monday, the director-general for legal affairs at Iran's Ministry of Information and Communications Technology, Reza Fazel, called on the directors of social media platforms owned by Meta Platforms (formerly Facebook) to end censorship of written materials and photos related to Soleimani.

"Some have related this measure to the US sanctions against Iran, but we believe that this extensive social media censorship was a part of the psychological warfare” by the US administration against Iran, Fazel wrote in a letter.

On January 2, some Iranian students burned Israeli and US flags outside the Swiss embassy in Tehran on the eve of the second anniversary of the assassination, and chanted "death to America" and "revenge, revenge".