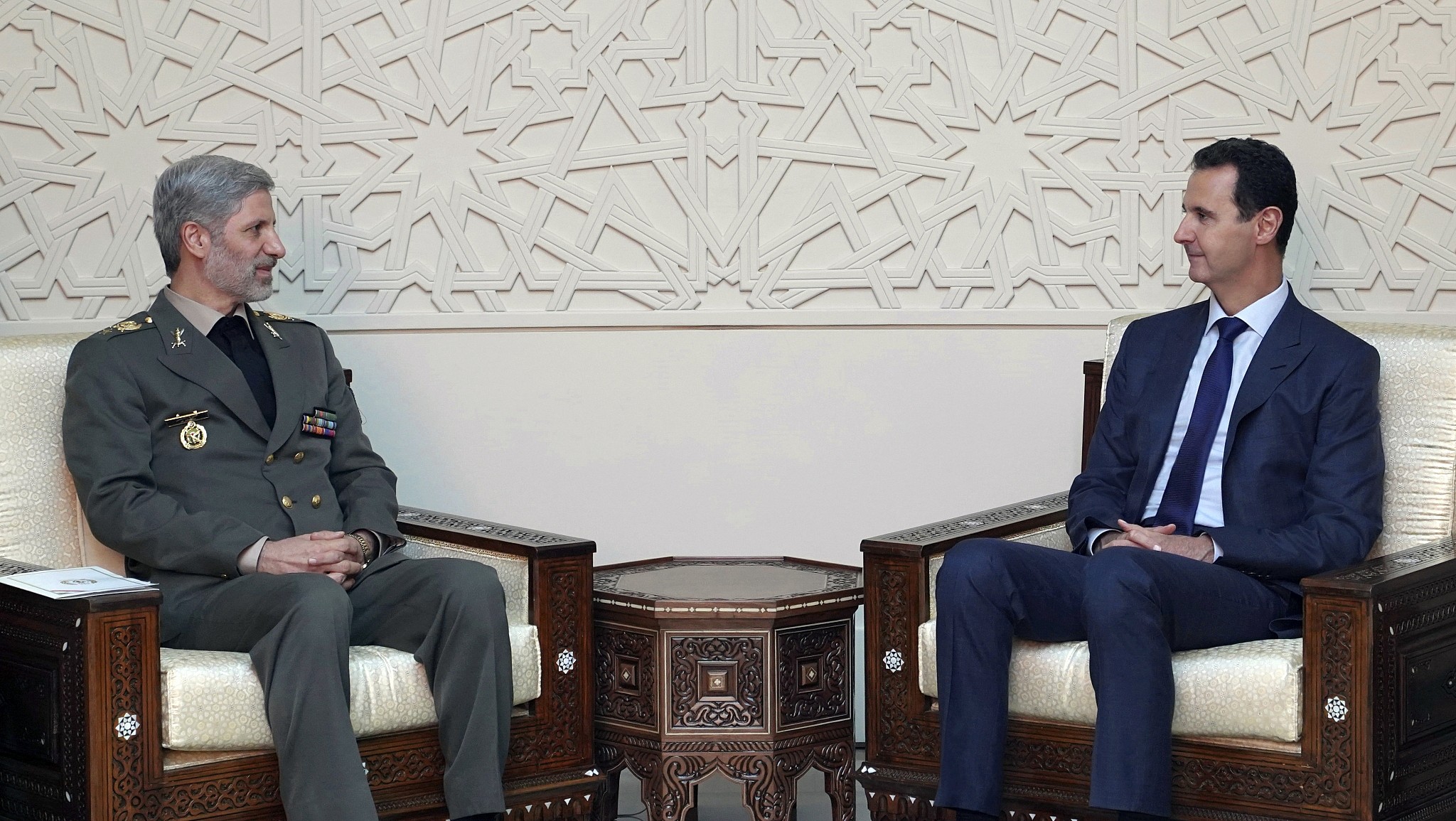 Iranian and Syrian defense ministers recently signed an agreement on mutual defense cooperation, coming at a time when the United States and its Middle East ally Israel have been trying to remove the Iranian forces from Syria.

The agreement on the expansion of military, technical cooperation and reconstruction was signed by Iran’s Minister of Defense and Armed Forces Logistics, Brigadier General Amir Hatami, and his Syrian counterpart, General Ali Ayoub, in Damascus on Sunday. The meeting comes after rounds of comprehensive negotiations between the two countries that involved Syrian President Bashar al-Assad, according to Iran’s Mehr news agency.

“Syria now is passing the phase of crisis, and is entering to the phase of reconstruction. As a result, the signed agreement will define the areas of presence, contribution and cooperation between Tehran and Damascus,” the Iranian defense minister said at the signing ceremony.

General Ayoub, for his part, hailed the role of Iran in helping the embattled Syrian government achieve what he described as remarkable victories against terrorists and their supporters.

“We will drum up our national interests thanks to our bilateral cooperation, and we won’t allow any party or country to affect the stable and solid relations between the two countries,” Ayoub said.

Just days earlier, on August 26, President Assad stressed the importance of developing joint coordination with Iran in a meeting with the Hatami, outlining long-term cooperation objectives. Hatami’s trip to Damascus comes as pro-government forces inside Syria are preparing to launch an assault in the northwestern province of Idlib – the last major rebel stronghold.

While Iran is actively trying to strengthen its foothold in Syria, the U.S. is trying to push back.

After meeting with Nikolai Patrushev, the secretary of the Russian Security Council, in Geneva on August 23, White House national security adviser John Bolton said that the two had discussed a “series of steps” that would lead to the removal of Iran's military presence in Syria.

Meanwhile, Russian Deputy Foreign Minister Sergei Ryabkov said before the meeting that the U.S. insistence on the withdrawal of Iranian forces is a "reflection of the dominating aspiration in Washington to dictate to everyone else their own beliefs about what is good and what is bad."

In recent months Israeli jets have carried out a number of air strikes against suspected Iranian forces in Syria. Jets reportedly carried out a strike on a missile production facility in northwest Syria on July 22, which some observers say was supervised by Iranians.

However, Iranian officials say their military presence in Syria is at the invitation of Damascus and that they have no immediate plans to withdraw. Iran, along with Russia, has supported the Syrian government, giving Assad cash, arms and military support to boost the capacity of the Syrian military.

Despite concerns by the international community of Assad’s regime, the alliance has a track record of success. Syria has reclaimed much of the territory it had lost to the Islamic State militant group (IS, or ISIS) and other insurgents, which have been trying to knock Assad from power since 2011.

More than 1,000 Iranians, including senior members of the elite Islamic Revolutionary Guards Corps, have been killed in Syria since 2012, according to Reuters.

The presidents of Iran, Russia and Turkey are expected to meet on September 7 for their third tripartite summit, seeking an end to the Syrian conflict. The Turkish Private NTV television reported that the summit would be held in Tabriz, Iran, while Russian President Vladimir Putin's spokesman, Dmitry Peskov, said that it could take place in Tehran.

“This option is being examined,” Peskov said. “We will make the appropriate announcement once all the nuances have been harmonized through diplomatic channels and when everything is ready.”