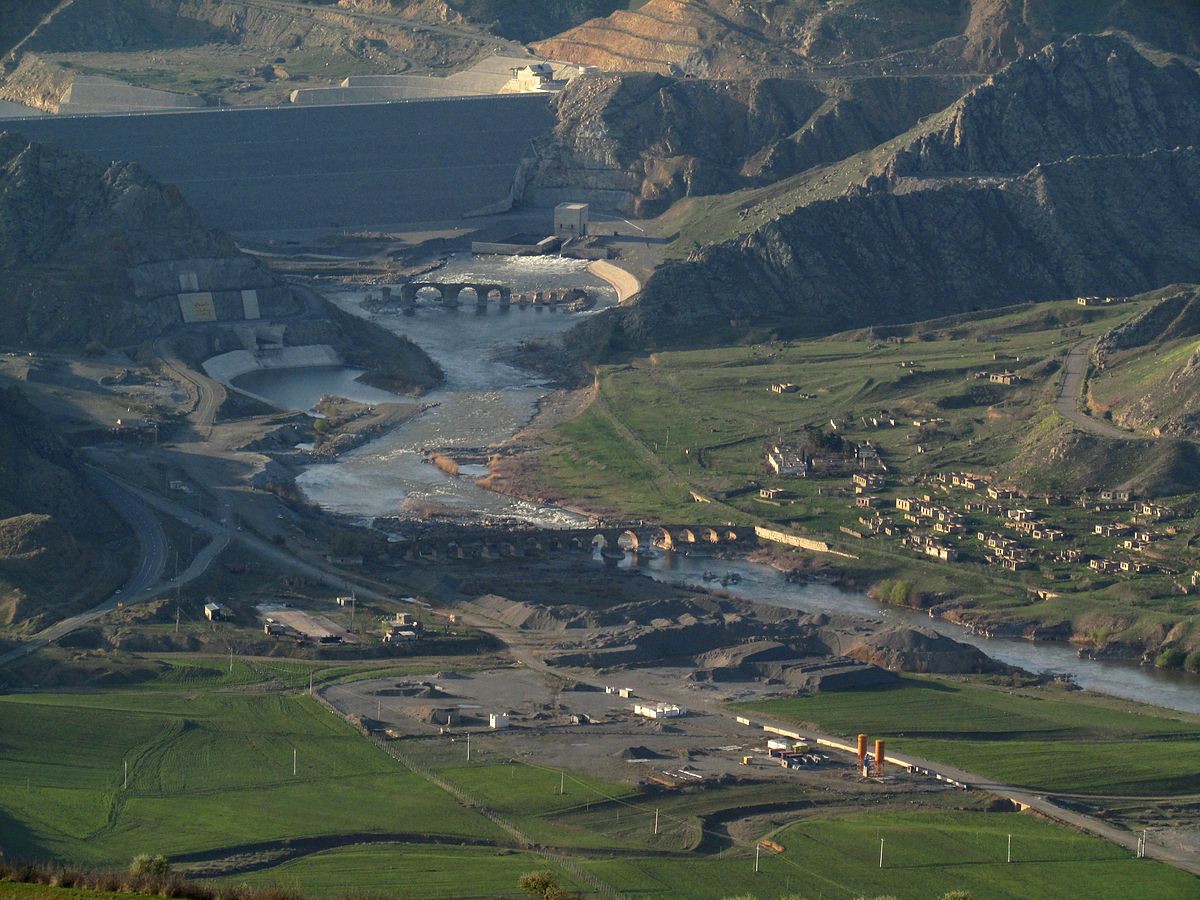 This is a photo of two ancient Khudaferin Bridges across the Araz River which connect Iran with the Republic of Azerbaijan's Jabrayil District, which was occupied by Armenia in 1993. In early October, Azerbaijan's Armed Forces liberated Jabrayil city and several villages of the district. / Wikimedia Commons

Iranian President Hassan Rouhani has reassured Baku that it supports Azerbaijan's territorial integrity and called for maintaining security in the border areas of the Islamic Republic amid heavy clashes between Armenian and Azerbaijani forces over the Nagorno-Karabakh region.

"One of my emphases in talks with senior officials of Armenia and Azerbaijan was that we emphasize the preservation of the territorial integrity of Azerbaijan, but we are very sorry for the war itself and must end because no problem can be solved through fire and blood, and we must look for other ways, and we are ready for that" Rouhani said in a cabinet on October 7, according to the official website of the Iranian president.

Over the last few days of clashes, a number of rockets and missiles hit Iran's villages close to the joint borderline, injuring a number of people including a five-year-old child. The shells also damaged two buildings. Due to a mortar that hit the power network of the borderline town of Khodaafarin County in northwest of Iran, the area suffered a blackout for a while, according to Iran’s IRNA news agency.

Meanwhile, Deputy Commander of Iran’s Law Enforcement Police Brigadier General Qassem Rezayee said that during the two countries’ exchange of fire, the bordering areas of Iran have come under misfire.

“Our border guards have warned Armenia and Azerbaijan in a legal manner, against the repetition of such an incident, and they apologized for the unintentional fire [at Iran's territories],” he added on October 6.

On October 5, Iranian Foreign Ministry Spokesman Saeed Khatibzadeh also warned the two states against violating Iranian borders, saying “both warring sides should take heed that the Islamic Republic cannot tolerate clashes on its borders and aggression on its soil."

Earlier, Deputy Governor-General of Iran’s East Azerbaijan Province, Aliyar Rastgoo, also gave warnings to the two conflicting states about the consequences of mortar shells hitting border areas, and said that Iran is closely minoring the situation on the borders.

About 30 million ethnic Azerbaijanis and about 100,000 Armenians live in Iran. In recent days, widespread protests broke out in some of Iran’s major Azerbaijani-speaking cities including Tabriz, Urmiya, Ardabil and Zanjan. The protesters called for the “liberation of Karabakh” and demanded the closure of Iran’s border with Armenia amid reports of Russian military equipment being transferred via country’s territory to Armenia.