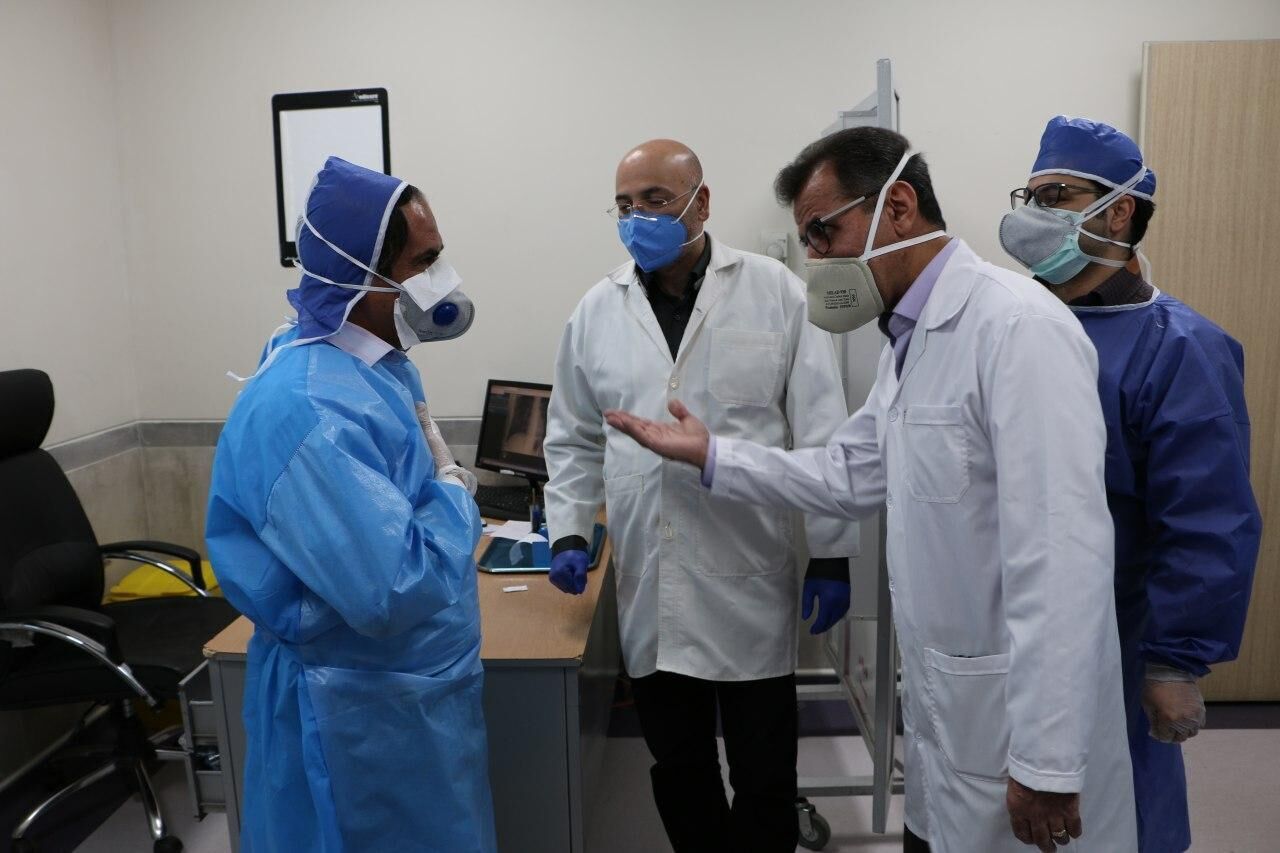 Iran’s Minister of Health, Treatment and Medical Education Saeed Namaki said on April 14 that the daily death toll of the coronavirus in Iran reduced to 98. / IRNA news agency

Iran is successfully handling the novel coronavirus outbreak, known as COVID-19, despite US sanctions imposed on the country, Iranian Foreign Minister Mohammad Javad Zarif has said.

“Despite US sanctions, Iran has made significant progress in fighting the pandemic, thanks to its human and scientific resources, and friends abroad. COVID-19 was an opportunity for the US to kick its addiction to sanctions. Instead, it will now live in infamy in the memory of our people,” Zarif said in a Tweet on April 13.

Iranian officials have repeatedly called on the international community to react and break its silence in the face of US sanctions. Earlier this month, Iranian President Hassan Rouhani accused Washington of conducting economic and medical terrorism against Iran, claiming that the US sanctions on the Middle Eastern country undermined people’s access to health care.

The US imposed crippling sanctions on Iran following its unilateral withdrawal from the 2015 Iran nuclear deal in May 2018. The first round of sanctions came into effect in the summer of 2018, before tougher restrictions on the country's oil and banking sectors were enacted in November of the same year.

While Washington still refuses to lift the sanctions, US President Donald Trump said in a speech on February 29 that the country would be willing to help Iran deal with the impact of the COVID-19 virus.

“If we can help the Iranians with this problem, we are certainly willing to do so. All they have to do is ask. We will have great professionals over there,” Trump said.

"The oppressive and illegal sanctions of the United States in the field of oil production against Iran and Venezuela are contrary to international rules and human principles," the official website of the Iranian president quoted Rouhani as saying.

The Iranian health ministry announced on April 14 that 48,129 people out of a total of 74,877 infected by COVID-19 have recovered whereas 4,683 have lost their lives. Over the last 24 hours, 98 people in the country have died from the virus, the Iranian state news agency IRNA reported.

Referring to the decreasing number of the daily deaths caused by coronavirus in Iran, the country's Minister of Health, Treatment and Medical Education Saeed Namaki said on Tuesday that medical treatment of COVID-19 in Iran was done "really well."

"Most provinces have better conditions. The number of people diagnosed with the virus is reducing, which was not possible without cooperation between the people and the health system," IRNA quoted Namaki as saying.

Amid the global pandemic and accusations traded between Tehran and Washington, a Luxembourg court has blocked a long-running US request to transfer $1.6 billion in Iranian assets to victims of the September 11 attacks, Luxembourg Times reported on Monday.

A group of 152 individuals – victims of the 9/11 attacks, their families or representatives – had claimed the money in 2016 as part of an ongoing legal battle between the US and Iran.