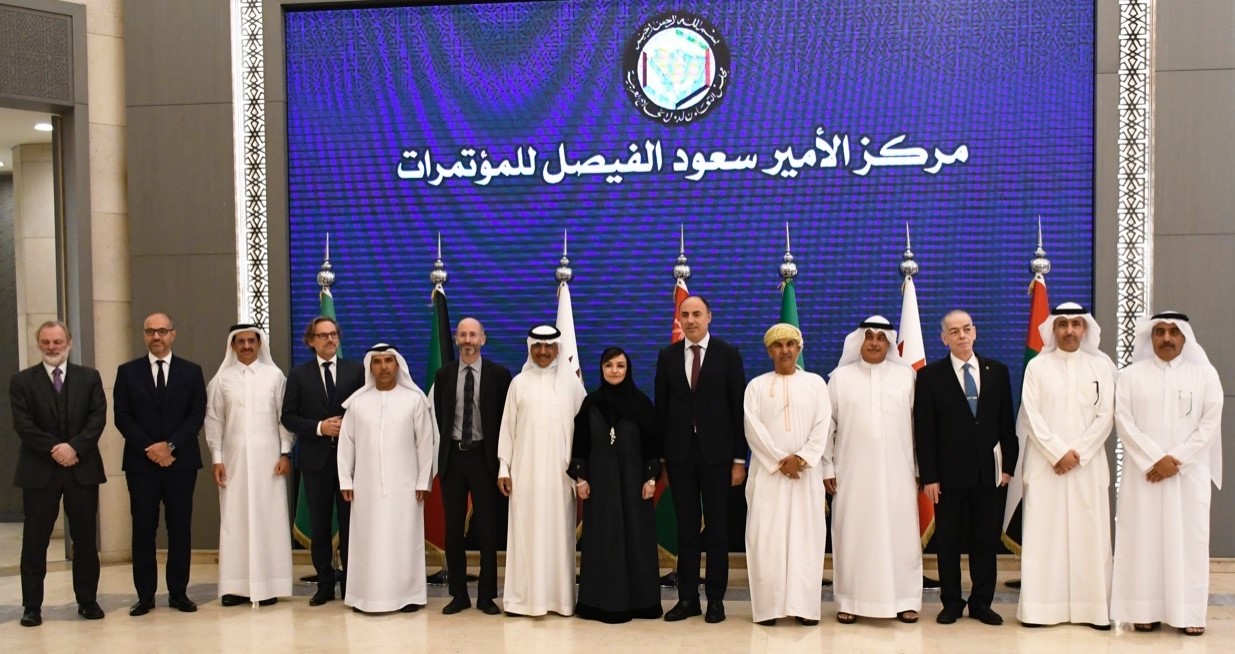 A conference on Iran was held in the Saudi capital, Al-Riyadh, on November 17, 2021, attended by US Special Envoy for Iran Robert Malley, officials from the E3 (the UK, Germany, and France), and the Gulf Cooperation Council. / Arab News

The Iranian foreign ministry spokesman has condemned Washington for sanctioning six Iranian nationals and one legal entity for allegedly attempting to influence the 2020 US presidential election.

“Iran considers the new US sanctions efforts as a continuation of the failed policy of Trump’s maximum pressure and as actions out of desperation,” Saeed Khatibzadeh said at a briefing on November 18, according to the official website of the ministry.

Stressing that “the sanctions have no legitimacy,” the spokesman said that “these kinds of blame games by the US government, which has a long history of interfering in different countries in various forms, are considered baseless and meant to deceive the public in America.”

On November 18, the US Treasury described six Iranian individuals and one Iranian entity as “state-sponsored actors.” It sanctioned them for seeking to “sow discord and undermine voters’ faith” in the US electoral process while disseminating disinformation on social media.

On the same day, two of the individuals were also charged by the US Justice Department over participating in a “coordinated and multi-faceted, cyber-enabled campaign to intimidate and influence American voters and otherwise undermine voter confidence.”

Khatibzadeh also criticized a conference on Iran held in the Saudi capital on November 17. The event was attended by US Special Envoy for Iran Robert Malley, officials from the E3 (the UK, Germany, and France), and the Gulf Cooperation Council.

In a joint statement, the conference participants “affirmed their determination to continue to address broader security concerns of the region.” The sides discussed “Iran’s destabilizing activities in the region,” including “the use and transfer of ballistic missiles and UAVs that have led to attacks against regional partners.” In addition, the attendees reiterated their “concern for and condemnation of such destabilizing activities.”

Khatibzadeh said that the meeting and its statement are “so fabricated, pretentious and illegitimate that they are not worth a response.”

“The US government as the violator of Resolution 2231 and the party that withdrew from the Joint Comprehensive Plan of Action (JCPOA) and is responsible for the current situation, and as the only country with a history of using nuclear weapons, with a black record of numerous interventions in the domestic affairs of different countries, and the main seller of weapons and ammunition to different parts of the world, is once again trying to create a crisis and campaign against Iran,” he stressed.

The UN Security Council Resolution 2231, adopted on July 20, 2015, endorses the JCPOA and also imposes missile- and arms-related restrictions on Iran. The resolution urges Iran to refrain from working on ballistic missiles designed to be capable of delivering nuclear weapons for up to eight years after the JCPOA, an agreement signed between Tehran and six world powers to limit its nuclear program. Under the terms of the resolution, the Iranian arms embargo was lifted on October 18, 2020.