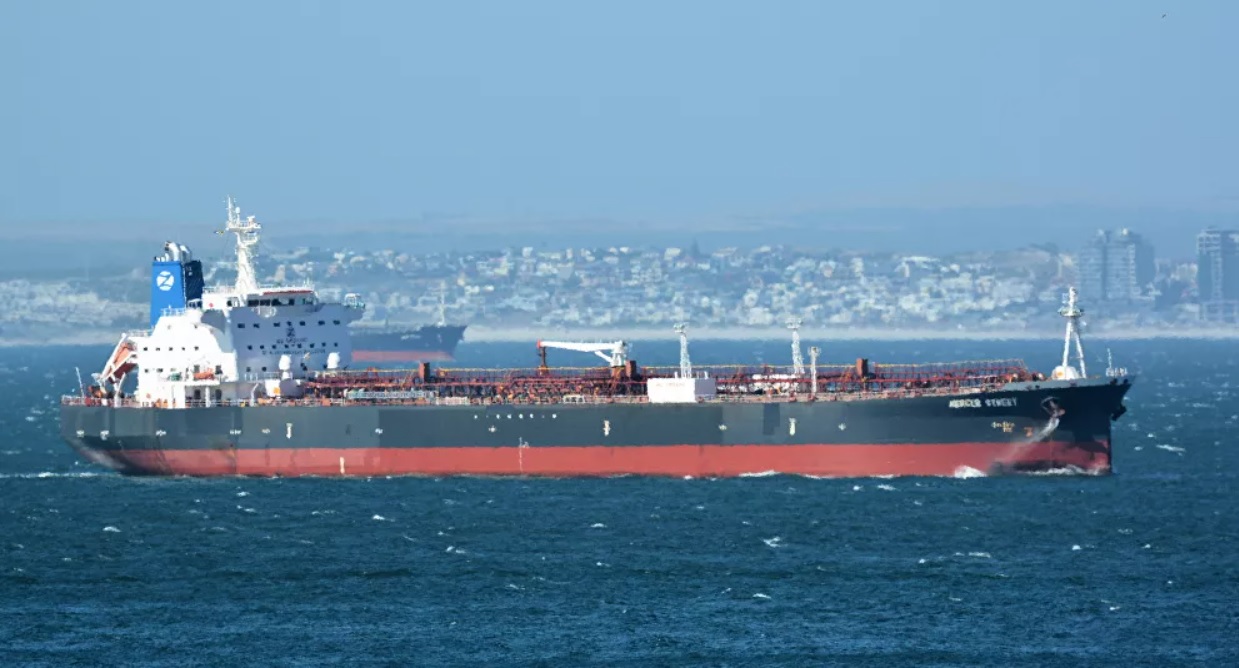 The Liberian-flagged oil tanker Mercer Street, owned by a London-based firm reportedly controlled by an Israeli billionaire, suffered an explosion in the waters of the Arabian Sea, in the vicinity of the coast of Oman. / Reuters

The Iranian Foreign Ministry has criticized accusations made against Tehran by the UK and the US in relation to the attack on an Israeli-owned ship in the Gulf of Oman on July 29.

Saeed Khatibzadeh, a spokesman for the Ministry of Foreign Affairs, warned that Iran would not hesitate in defending its security and national interests and would respond strongly to any "possible adventurism," saying that the allegations "were contradictory, false and provocative".

"These coordinated statements themselves contain contradictory phrases, in a way that they first accused Iran without providing any evidence and then spoke of possibility," the spokesman said on August 2.

He added that Iran had always defended the safe passage of vessels in the Persian Gulf and international waters and that it was always ready to cooperate in providing maritime security with countries in the region.

The US and UK officials blamed Iran for the attack, calling it a violation of international law, and vowed to respond to the incident on the Mercer Street, an Israeli-operated vessel, where two crewmen, a British national and a Romanian citizen were killed. According to the Times of Israel, the tanker was marked with Liberian flag and operated by an Israeli company called Zodiac Maritime.

In protest at allegations made against Iran by UK Foreign Secretary Dominic Raab, the Iranian Foreign Ministry summoned the UK's chargé d'affaires, in the absence of its ambassador in Tehran. The ministry accused Raab of making accusations without providing any proof, and added that it was not the first time that the UK had been "hasty" in making claims which lacked "either reason or evidence".

The Iranian Foreign Ministry also summoned the Romanian ambassador in Tehran on August 2 over a statement made by Romanian Foreign Minister Bogdan Aurescu accusing Iran of an attack against a vessel off the coast of Oman. Aurescu said in a tweet that Romania was coordinating with its "partners" to devise an "appropriate response".

Iran’s Foreign Ministry's director-general for the Mediterranean and Eastern Europe, who described the accusations as "legally invalid and unacceptable," and warned the ambassador that certain unnamed "third countries" were in the habit of planning actions to "create insecurity and unrest in the international arena".

Earlier, Iran's Arabic-language Al-Alam reported that the attack was a retaliation to Tel Aviv's assault on Zaba'a Airport in Syria earlier in July. The Israeli attack had occurred in the Qosayr region of Syria, where two soldiers were killed.

The Israeli defense leadership blames Iran for the attack, saying that “Iran is sowing violence and destruction in every corner of the region. They were so eager to attack an Israeli target that they’ve embroiled themselves and incriminated themselves in the killing of foreign citizens”.