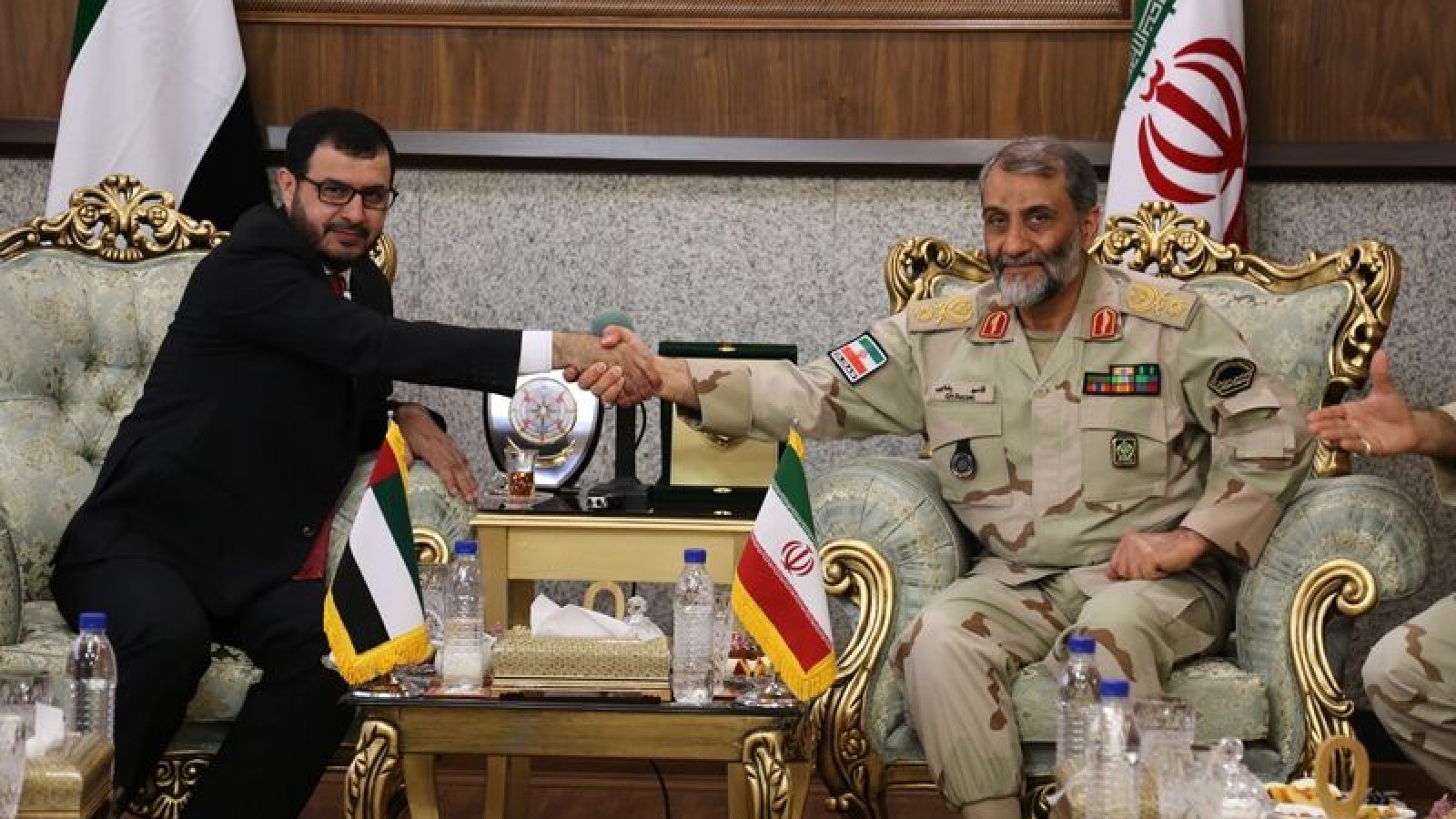 “Signing and sealing border Memorandum of Understanding (MoU) is a giant and positive step for securing interests of the two countries, the issue of which will promote border security between the two countries, border control and facilitate transit activities, etc.,” the Commander of the Emirati Coastguard Brigadier General Mohammad Ali Mohammad Mosleh al-Ahbabi said in a meeting with the commander of Iran’s border police, Brigadier General Qassem Rezaei, in Tehran on August 1, according to Mehr News.

Iran shares an 8,755 kilometers (5,440 miles) border with its neighbors, which are Azerbaijan, Turkmenistan, Pakistan, Afghanistan, Turkey, Armenia and Iraq.

On July 30, the Iranian and Emirati commanders met in Tehran to address maritime security cooperation, where both sides called for bilateral diplomatic talks and efforts to strengthen security in the Persian Gulf and the Sea of Oman.

In May, attacks on four oil tankers off the coast of the emirate of Fujairah prompted a meeting of the United Nations Security Council, after the UAE claimed that a “state actor" was behind the incident. UN member states refused to blame any party, and the UAE’s foreign minister admitted that the government did not have enough evidence to blame any country for the attacks.