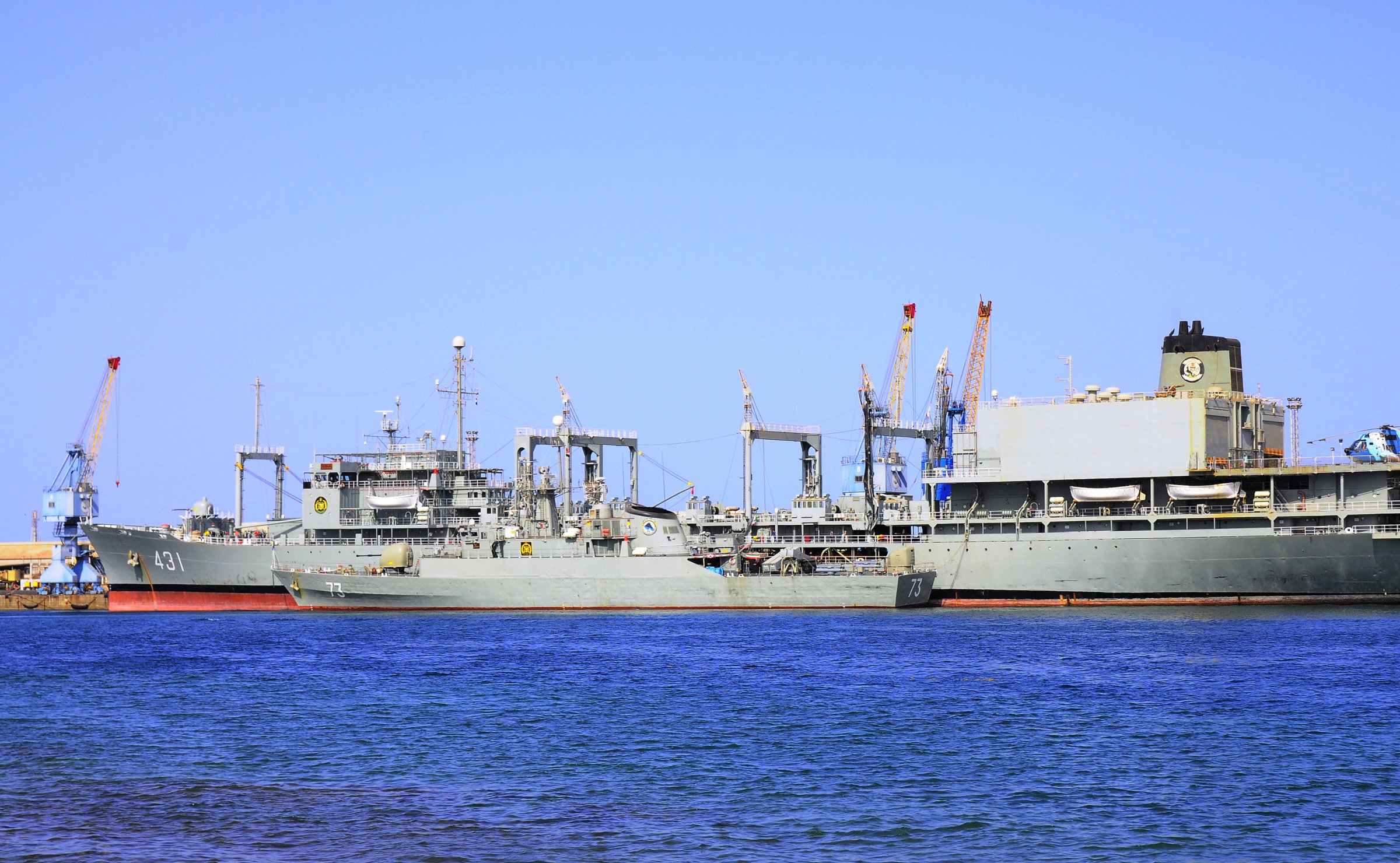 Iran has sent a naval destroyer and a helicopter carrier to the Gulf of Aden amid the escalation of tensions in the port city of Hudaydah in Yemen, which is under control of the Houthi rebels.

The Iranian Navy’s 54th flotilla of warships, comprised of the Kharg Helicopter Carrier and Sabalan Destroyer, has been sent to the Gulf of Aden and the Bab el-Mandeb Strait in the northern Indian Ocean, according to reports by Iran’s Tasnim on June 21.

“Certainly, if there is a mission in the Atlantic Ocean, the Kharg helicopter carrier will be the main option for deployment,” Khanzadi said.

Iran’s navy dispatches flotillas with homegrown naval gear to international waters on a routine basis. Its warships were sent to the Gulf of Aden, following an announcement by Yemeni government forces that they had taken over control of Hudaydah airport on June 19.

A fierce battle has been ongoing between Yemen’s Houthi rebels (Ansarullah movement) and Yemeni government forces, which are supported by a Saudi-led coalition, for the port city of al-Hudaydah on the Red Sea. The port is the main point of entry for humanitarian aid that is sent to Yemen for people in rebel-held areas.

The United Nations has warned that an assault on the port could trigger a crisis and leave up to 250,000 people dead. Currently, about eight million people in the war-torn country are at risk of starvation.

The Saudi-led coalition continues to accuse the Houthis of using the Hudaydah port to smuggle weapons from Iran, despite the coalition monitoring the Bab El Mandeb strait, which leads to the port.

The conflict escalated in March 2015, when Saudi Arabia along with its regional allies - and with the political, logistical and military support of the United States and Britain - launched a military operation in Yemen to restore Yemen’s former president, Abd-Rabbu Mansour Hadi. The U.S. and Saudi Arabia describe the Houthis as Iranian proxies and accuse them of seeking to overthrow the government of Yemen and bring it under Iranian influence.

About 10,000 people, two-thirds of them being civilians, have been killed in the fighting since the beginning of the hostilities in 2015, according to the UN.

Iran’s naval forces have increased their presence on the high seas to, according to Iranian officials, secure naval routes and protect merchant vessels and oil tankers against pirates. Forces conduct anti-piracy patrols in the Gulf of Aden to safeguard Iran’s vessels involved in maritime trade, especially ships and oil tankers owned or leased by Iran.

“Iranian warships over the past several years have launched a number of patrols in the open waters,” Farhad Daneshvar, an Iranian political and economic expert, told Caspian News.

“Although the official line from Tehran is that the navy patrols on the free waters are aimed at tackling pirates, demonstrating the country’s military capabilities would be another reason behind the move,” he said, as Iran tries to flex its military might in the wake of U.S. President Donald Trump pulling the U.S. out of the Joint Comprehensive Plan of Action (JPOA), better known as the nuclear deal.

“However, it is noteworthy that Iranian warships have saved several merchant vessels against pirate attacks over the recent years,” Daneshvar said.