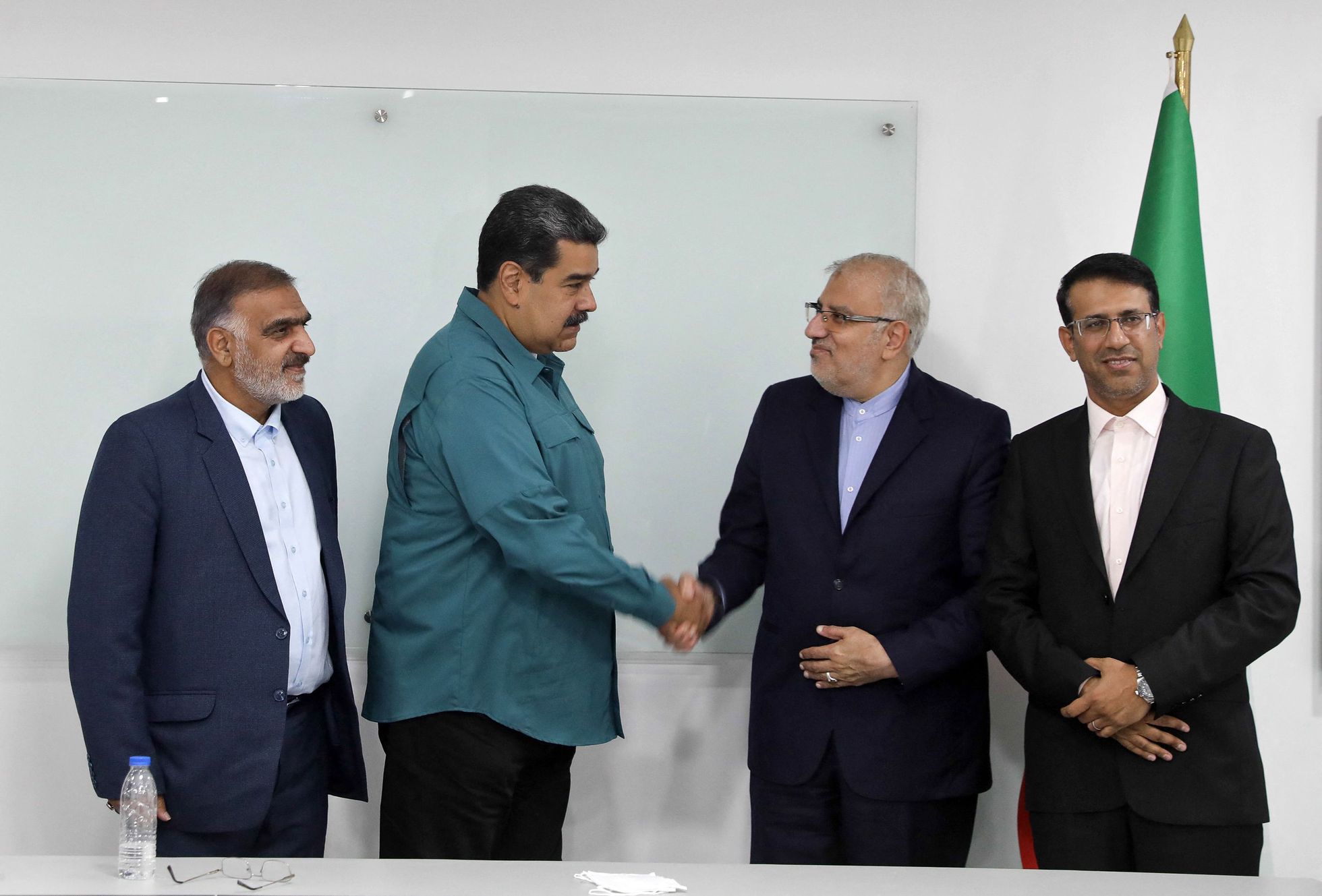 Iran's Oil Minister Javad Owji has said Tehran is willing to strengthen relations with Caracas in all spheres.

"Today, I met the honourable president and senior officials of Venezuela. Iran and Venezuela have historical relations, and we are willing to use all capacities to expand bilateral relations and cooperation," Owji who is on a visit to Caracas said on his Twitter account on 3 May.

Earlier, Venezuelan President Nicolas Maduro described his recent meeting with the Iranian oil minister as “productive”, in a post on his Twitter page.

An Iranian delegation led by Owji arrived in Caracas on April 30, and the delegation visited the Paraguana refining complex in western Venezuela with Petroleos de Venezuela SA head Asdrubal Chavez.

Owji's visit to Venezuela took place amid media reports suggesting that Caracas may be preparing to hold further talks on the matter of energy security amid the Ukraine crisis with representatives of US President Joe Biden's administration.

Both Iran and Venezuela have been slapped with sanctions by the US, which doesn’t currently import oil from either nation, despite the fact that the two countries are members of the Organisation of the Petroleum Exporting Countries (OPEC).

Venezuela and Iran have increased cooperation in light of US sanctions. Venezuela imports condensate from Iran, the key to thinning its extra-thick crude oil. Iran has also stepped in to help its South American ally with engineers, refined products and spare parts for its oil industry.

Venezuela's state oil company PDVSA reported on May 2 that the Iranian and Venezuelan officials had "conducted thorough reviews of the diverse existing agreements" between the two countries, "especially those regarding the hydrocarbons sector".

They had also discussed different opportunities for bilateral cooperation in the oil, gas, and petrochemical sectors.

In August 2020, the US seized four oil tankers with Iranian petroleum aboard bound for Venezuela, as Iran has been dispatching fuel to the Latin American country and circumventing US sanctions imposed on both countries. The White House has been pressuring Venezuela and Cuba over diplomatic channels not to allow the vessels to dock in their countries.