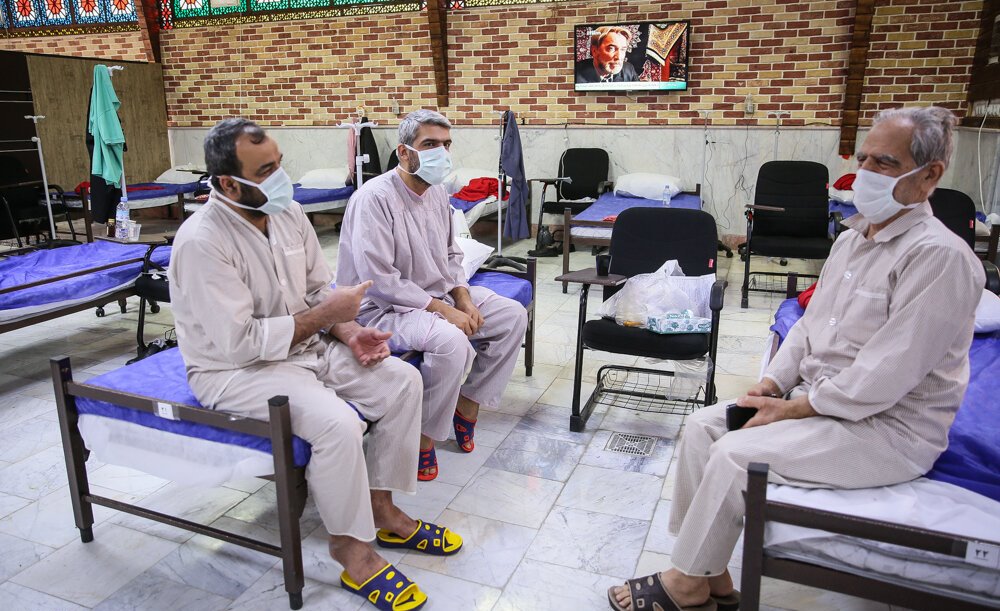 The Iranian Health Ministry announced on March 13 that the death toll over the coronavirus has risen to 514, and the number of confirmed cases has climbed to 11,364. / MEHR News Agency

Iran is seeking financial aid worth $5 billion from the International Monetary Fund (IMF) as the government in Tehran tries to fight a major outbreak of the coronavirus, urging the need to lift all U.S. sanctions on Iran, which are “impeding” the country's combat against the global disease.

"In a letter addressed to the head of the International Monetary Fund, we have requested five billion U.S. dollars from the Rapid Financing Instrument emergency fund to help our fight against the coronavirus," Iranian Central Bank chief Abdolnaser Hemmati said on March 12, Tasnim news agency cited the chief’s Instagram post.

“For low-income countries, we have rapid-disbursing emergency financing of up to $10 billion (50 percent of quota of eligible members) that can be accessed without a full-fledged IMF program. Other members can access emergency financing through the Rapid Financing Instrument. This facility could provide about $40 billion for emerging markets that could potentially approach us for financial support,” she said in a joint press conference on the Coronavirus Response with World Bank Group President David Malpass.

Iran is the third-worst affected country by the COVID-19 pandemic after China and Italy. According to the latest report of the Iranian Health Ministry, the death toll has risen to 514, and the number of confirmed cases has climbed to 11,364 in the country. However, 3,529 coronavirus patients have recovered and been discharged from hospitals as of March 13, the Iranian Khabar Online news website reported.

Iranian Foreign Minister Mohammad Javad Zarif called on the Washington-based financial organization to allow the Islamic Republic to access the facility “immediately,” saying on his Twitter account that “IMF's @KGeorgieva has stated that countries affected by #COVID19 will be supported via Rapid Financial Instrument. Our Central Bank requested access to this facility immediately. IMF/IMF Board should adhere to the Fund's mandate, stand on the right side of history & act responsibly.”

Zarif has also sent a letter to the UN Secretary-General Antonio Guterres, copies of which have been delivered to the heads of international organizations and foreign ministers of all states, urging the need to lift all U.S. sanctions on Iran, which is “impeding” the country's combat against coronavirus.

“The U.S. sanctions on legal trade and recent preconditions set by the U.S. officials on the prohibition of selling medicine, medical equipment, and humanitarian goods to Iran, has negatively impacted Iran's fight against the coronavirus,” the Iranian foreign minister said.

In a tweet on March 13, Foreign Ministry Spokesman Seyyed Abbas Mousavi stressed that Iran does not need any American doctors to fight coronavirus, saying “Iran has the best most efficient and courageous medical staff in the world and does not need any American doctors. Instead of hypocritical compassion and disgusting boasting, stop economic and medical terrorism so that Iranian people and medical staff can use medicine and medical supplies”.

Iran is fighting with coronavirus at a time when its economy is hit by re-imposed U.S. sanctions that have devastated oil exports and isolated it from global banking channels. The import of medicines and food has been severely curtailed as a result of Iran’s exclusion from the financial system.