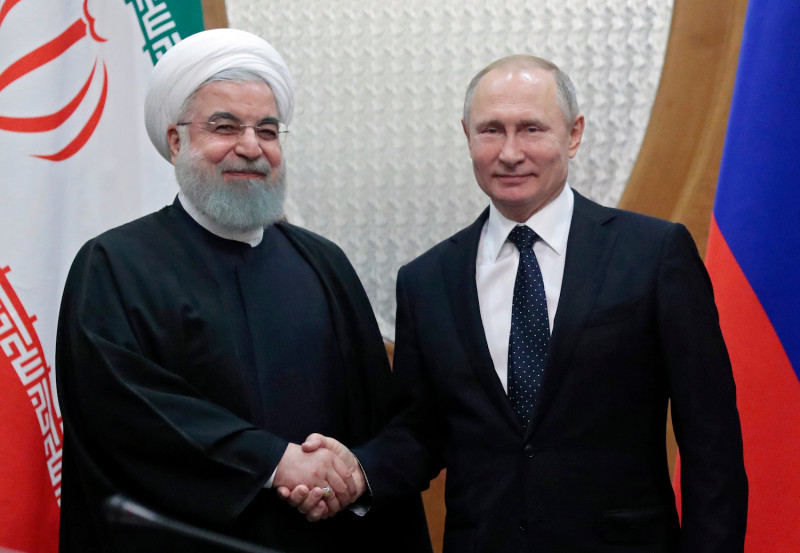 “In light of the resolve and determination of the two countries’ leaders and senior officials, there is, fortunately, a growing trend in the bilateral interaction for the fulfillment of the common interests, and contribution to the regional and international stability and security, and I hope that it would continue and deepen,” Zarif said in a congratulatory message to his Russian counterpart Sergei Lavrov on the National Day of the Russian Federation, on June 12, according to Iran’s Tasnim news agency.

Russia Day commemorates the adoption of the Declaration of state sovereignty of Russian Soviet Federative Socialist Republic (RSFSR) on June 12, 1990, which has been celebrated annually since 1992.

Iran's foreign minister is reportedly scheduled to visit Russia on June 15 to hold talks with Lavrov and other senior Russian officials.

In a message to his Russian counterpart, Vladimir Putin, Rouhani said that the two countries “hold common responsibilities and interests over the regional security," adding that "it is imperative to continue the ongoing talks and negotiations between the Tehran and Moscow on different levels."

Earlier, in a televised speech on Wednesday, the Iranian president called on Russia to resist a push by the US to extend a UN-imposed arms embargo due to expire in October under the 2015 nuclear deal.

“Americans are already angry, upset, and wanting to take this issue to the Security Council. We want four permanent members of the (UN Security) Council to stand up to America,” Rouhani said, adding that “particularly, we expect Russia and China to resist this US plot. America will not succeed ... and we will increase our defense capabilities as we have been doing so even under sanctions."

US President Donald Trump’s administration has been taking a harder line with the United Nations to extend and strengthen the embargo on Iran, warning that its lifting would let Tehran acquire weapons that could fuel conflicts in the Middle East. Meanwhile, the UN Security Council’s veto-powers Russia and China have already signaled they are against re-imposing an arms embargo on Iran.

Iran and Russia have formed an alliance in recent years to support Syrian President Bashar al-Assad's government against armed rebels. Tehran and its rival Saudi Arabia, a close US ally, have been involved in proxy wars and political confrontations in the region for decades, from Iraq and Syria to Bahrain and Yemen.