Iran Says Russia “On Board” With Revival of 2015 Nuclear Deal 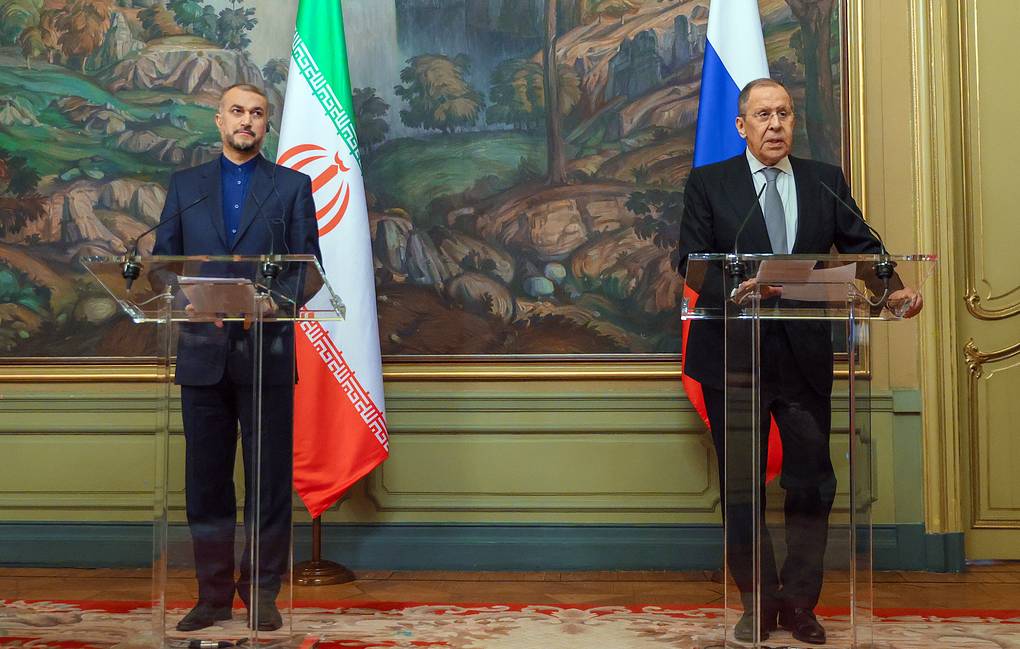 Iranian Foreign Minister Hossein Amir-Abdollahian has said that Russia remains on board with the final agreement reached during recent talks in Vienna for the revival of the Joint Comprehensive Plan of Action (JCPOA), mainly known as the 2015 nuclear deal.

"[Russian Foreign Minister Sergei Lavrov] Reassured that Russia remains on board for the final agreement in Vienna. More than ever, the ball is in US court to provide the responses needed for the successful conclusion of the talks," Amir-Abdollahian wrote in a tweet on March 15, following a meeting with his Russian counterpart in Moscow.

Talks on resuming JCPOA have reached the final stretch after breaking down last week following Russian demands for guarantees that Western sanctions against Moscow over the invasion of Ukraine will not hinder its cooperation with Tehran within the framework of the nuclear deal.

Lavrov said at a news conference, after a meeting with his Iranian counterpart, that Russia received written guarantees under the 2015 Iran nuclear deal that will protect its cooperation with Iran against recent US and EU sanctions.

"We got written guarantees, that are included in the text of the agreement itself, about resuming the JCPOA on the Iran nuclear program. These texts provide reliable protection of all the projects and avenues of activity provided for by the JCPOA, including direct involvement of our companies and specialists, including cooperation in joint projects, such as the Bushehr nuclear power plant," the Russian minister said.

Lavrov said that Moscow is not hindering the restoration of the deal, adding that information that Russia is placing roadblocks in the path of achieving agreement on the Iran nuclear deal is "a lie".

Upon his arrival in Moscow, Amir-Abdollahian said that “in comments, and in the news, it has been said that if we reach an agreement with the Americans and other Western parties [to the JCPOA], considering some issues raised by the media, the Russians might not adequately support” the revival of the deal.

“I did not have such an impression during my phone call (with Lavrov) last week,” he said, adding that he had hope that his trip to Moscow would encourage Russia to stand by Iran to attain a "good, stable and strong” nuclear deal.

European powers have warned that Russia’s demands to have its trade guaranteed with Iran could wreck an attempt to restore the Iranian nuclear deal. Lavrov had earlier said that the US must provide guarantees that Russia's trade with Iran in the post-sanctions period would not be affected by Ukraine-related sanctions.

The eighth round of Vienna talks aimed at reviving the JCPOA resumed in the Austrian capital of Vienna on February 8 between negotiating teams representing Iran and the P4+1 (the UK, France, Russia, China plus Germany) after an 11-day break for internal consultations in their respective countries. The US is indirectly involved in the talks.

If Tehran resumes compliance under the deal, the Biden administration has sought to re-enter the JCPOA, which former US President Donald Trump unilaterally exited in May 2018. However, Iran insists that it will only do so if the US makes the first move and lifts all sanctions.