Iran Says Presence Of Women In Sports Events “Not Advisable” 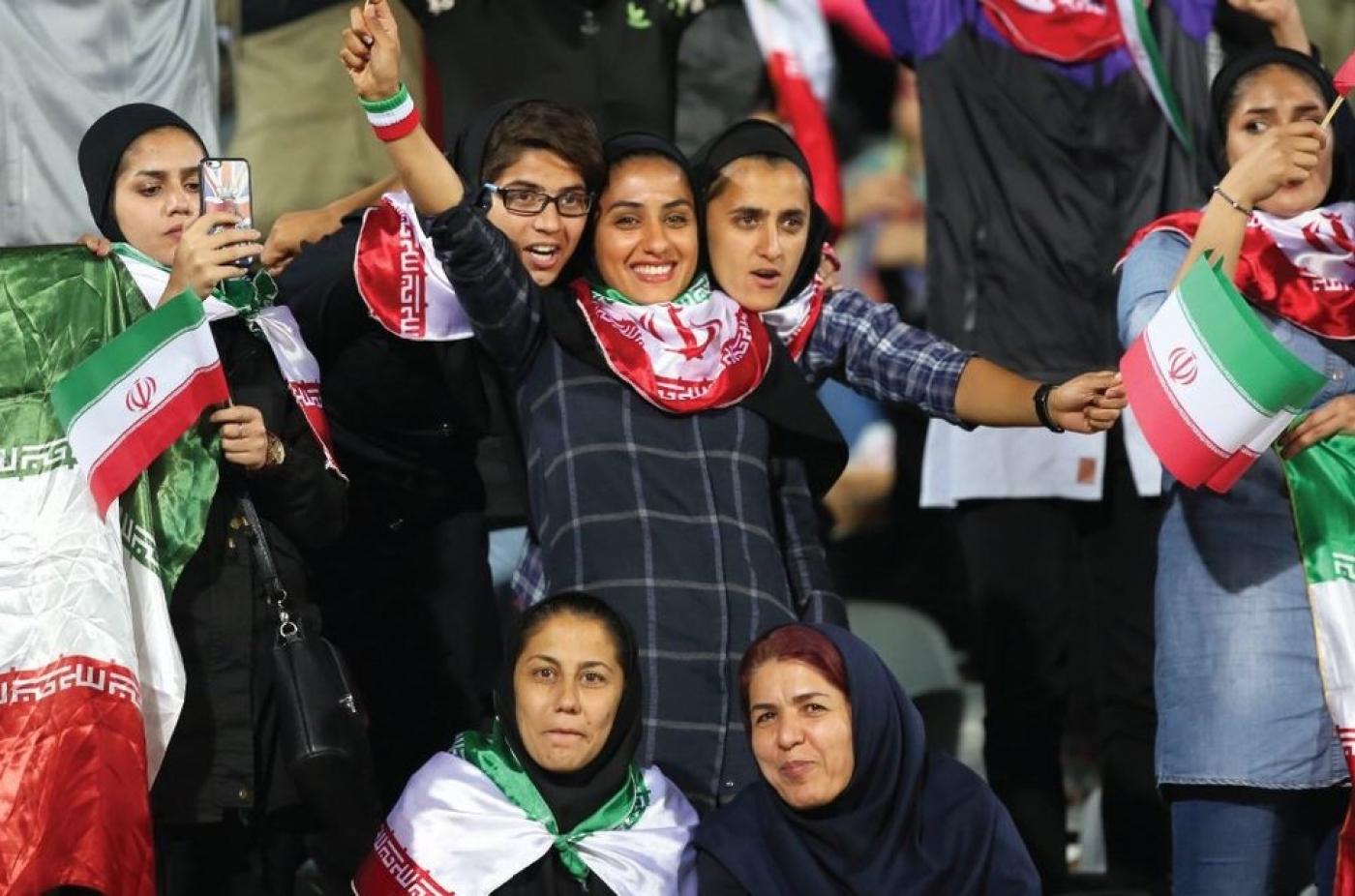 Iranian women cheer during the friendly football match between Iran and Bolivia at the Azadi Stadium in Tehran on October 16, 2018. / AFP

An Iranian government official has insisted on banning women from attending sports events in stadiums despite the International Football Federation's warning to pave the way for female fans to freely enter sports venues until October.

"Under the current circumstances, where the [male] fans of teams continue to make vulgar insults and assault each other [in the stadiums], the presence of women in stadiums is not advisable," Iranian president's Chief of Staff Mahmoud Vaezi said on September 11, according to the Tehran's news agency Mehr.

In Iran, women have been banned from attending football matches in the stadium since the Islamic Revolution in 1979. The government imposed the compulsory wearing of a headscarf; the banning of riding bikes in public; and preventing women from attending sports events involving the opposite gender.

In March 2017, 35 women were detained for trying to attend a football game between the Tehran-based teams Esteghlal and Persepolis. In September of the same year, women staged a protest outside the Azadi Stadium as they were not allowed in to watch Iran's World Cup qualifying match against Syria, despite they have obtained pre-ordered tickets.

However, during the 2018 FIFA World Cup games in June 2018, Iranian women were allowed to enter a sports stadium to watch the matches from a 1,200 square meter screen that has been set up on the field at Azadi stadium in western Tehran.

A recent scandal related to depriving women of entering the sports complexes happened on September 1 when a young lady, who was spotted in the stadium despite the ban, set herself on fire outside the public prosecutor’s office in Tehran. She died from burns on September 10. She tried to get into the stadium in March to watch a match of her favorite club, Esteghlal Tehran, disguised as a man, but was arrested and later sentenced to six months in prison for insulting a government official. In protest against the conviction, the 30-year-old set herself on fire.

Her death led to protests across social networks against the Iranian police and the judiciary.

Banning women from watching live soccer matches is against regulations set by the International Football Federation - FIFA, and it outlaws any sort of discrimination. FIFA has given a caution to Iran until October to pave the way for women to freely enter sports arenas and watch men's soccer matches live. Otherwise, Iran could face removal from all international soccer events.

The Iranian Deputy Minister of Sports, Mohammad Reza Davarzani, reiterated that the ministry does not support allowing women to attend Iranian league soccer matches since conditions are not suitable, Khabaronline reported on August 5.

Furthermore, Iran's prosecutor-general has also reiterated his opposition to women's attending live football matches, dismissing a deadline by FIFA to force Iran to scrap the ban.

Meanwhile, Iranian President Hassan Rohani has criticized the ban, but powerful Iranian hard-liners, including the country’s prosecutor-general, say the ban should remain in place.