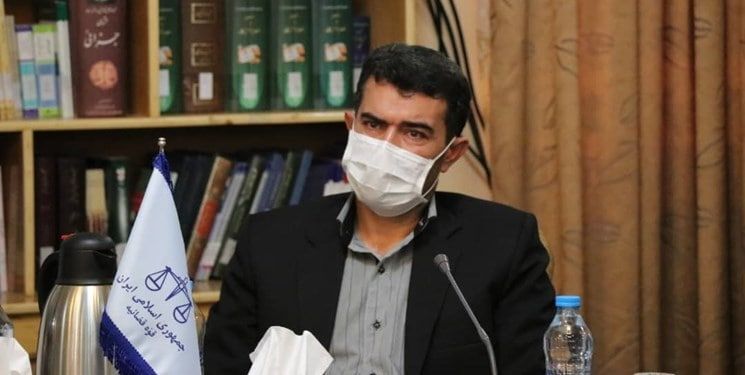 An Iranian prosecutor said three alleged Israeli spies who were arrested in April this year in the south-eastern province of Iran had planned to assassinate nuclear scientists.

"Eight months of monitoring their activities had found that killing nuclear scientists was on their agenda", a prosecutor in Zahedan, Sistan-Baluchestan Province, Mehdi Shamsabadi, said on June 21, according to the Iranian state news agency IRNA.

Shamsabadi said that the arrests were made in different provinces and described the evidence as "damning".

The three individuals were detained on April 20 in Zahedan by the Iranian Intelligence Ministry’s agents. According to the ministry, the alleged "Mossad agents" were involved in accessing and disseminating classified information and the arrests were made after a judicial directive.

At least five Iranian nuclear scientists have been assassinated since 2010, and several facilities have been targeted in attacks that Iran blames on Israel.

The Israeli government, which considers Iran's nuclear and missile programs to be existential threats, has neither denied nor confirmed its involvement.

On May 22, Colonel Hasan Sayyad Khodai of the Islamic Revolution Guards Corps (IRGC) Quds Force was gunned down in his car outside his home in Tehran. Iran blamed Israel for the incident and vowed revenge for it.

Israel issued a travel warning for Türkiye on 13 June after an alleged attack on Israelis was foiled in coordination with Turkish National Intelligence Organisation (MIT). The travel warning followed Iran's vow to retaliate for the assassination of Khodai.

The Iranian Nour News website said on June 20 that Israel "is well aware" that Iran's response to the assassination of Sayyad Khodai "is certain".

"The authorities of the regime know that the Islamic Republic of Iran will never punish innocent people when taking revenge for the crimes of the Zionist government," the report said.

“We are in contact with the relevant Turkish authorities, and we are of course mainly preparing offensive capabilities, if and when they are needed,” he said, adding that he suggests that the Iranians "not test these capabilities”.

Israeli Prime Minister Naftali Bennett said on June 19 that Iranian attempts are being made to attack Israelis in various overseas locations”.

On June 13, Iran announced the "martyrdom" of two experts working for its aerospace industry, which is in charge of the country's missile program.

On June 20, Iran's Defense Ministry confirmed that a May 26 blast inside the Parchin military complex in the east of Tehran, was an act of sabotage. An Iranian engineer, Ehsan Qadbeygi, was killed in an explosion at the complex, and the blast was allegedly by a drone attack.

Addressing the parliament, the Israeli defense minister said on June 20 that a regional air defence system had already "thwarted Iranian attempts to challenge Israel and other countries in the Middle East".

He said that the system aims to deter "Iran's attempts to hit the region's countries with rockets, cruise missiles and UAVs", meaning unmanned aerial vehicles.

The alliance, dubbed Middle East Air Defence, is a US-led initiative. Earlier in June, US lawmakers proposed legislation that would obligate the Pentagon to assist with integrating air defence systems in the Middle East region to thwart possible attacks by Iran. The countries named in the proposal included the six members of the Gulf Cooperation Council, Egypt, Jordan and Iraq.