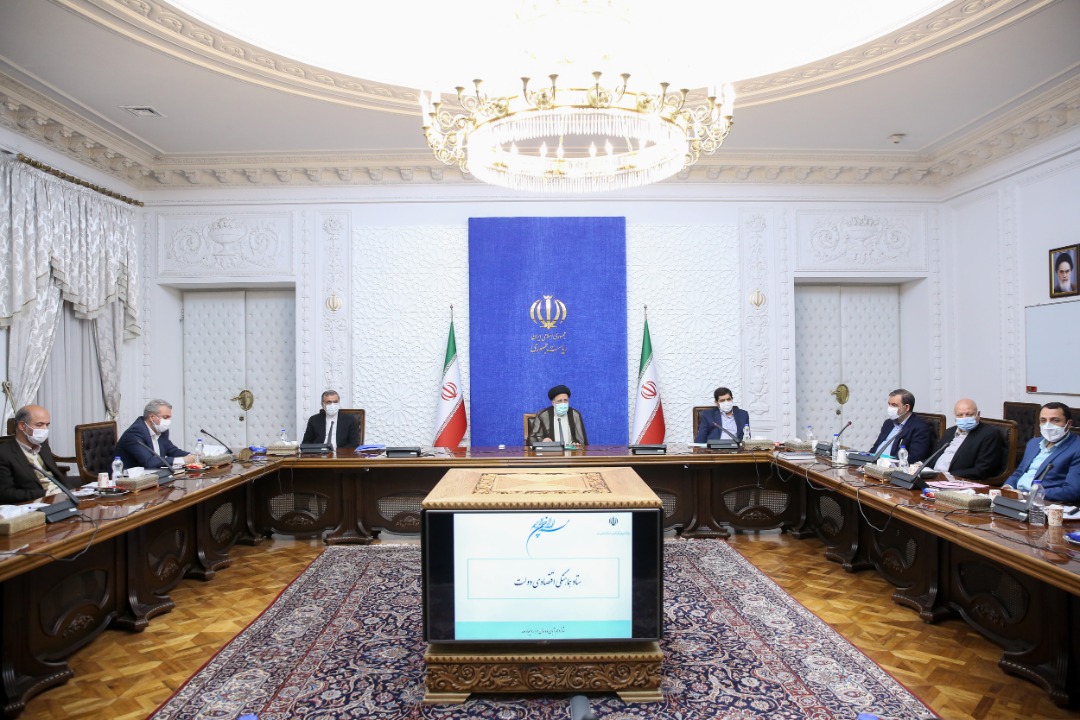 Iranian President Ebrahim Raisi attended a meeting of the Cabinet’s Economic Coordination Board on November 16, 2021. / president.ir

The Iranian and Russian presidents have stressed the need to finalize the comprehensive agreement on long-term cooperation between the two states.

He also expressed Iran's determination to develop trade and economic relations with Russia, according to the official website of the Iranian president.

Referring to the two countries' common positions on bilateral, regional and international issues, Raisi welcomed Russia’s initiative for stability and peace in the Caucasus region. He also stressed in the telephone conversation that "any change in the geopolitical state and changing the borders of the countries in the region is not acceptable".

For his turn, Putin said that "Moscow supports Tehran's proposals in drafting a new document on long-term cooperation between the two countries, and we are determined to make it finalized and implemented as soon as possible”.

"We are witnessing positive inclinations for increasing the level of bilateral, regional and international cooperation, and there is no doubt that the development of cooperation will accelerate,” the Russian president added.

He also spoke about Russia's measures to ensure the ceasefire in Azerbaijan's Karabakh region, establish peaceful life and unblock economic and transport links in the South Caucasus, saying that "to increase the level of trust and cooperation in the region, we seek to launch a 3+3 consultative mechanism, and we hope that the Islamic Republic of Iran supports it".

Following the phone conversation, Raisi discussed the issue of interaction and expansion of economic and trade cooperation with major and friendly countries, including Russia, at the meeting of the Cabinet’s Economic Coordination Board.

The Iranian president described the prospects of cooperation between the two countries as clear and constructive, and stressed the need for a meeting of the Iran-Russia Joint Cooperation Commission chaired by the First Vice President and follow up on agreements.

In a meeting with the Russian Ambassador to Tehran Levan Dzhagaryan on November 16, the head of Iran’s Trade Promotion Organization, Alireza Peyman Pak, called for establishing export consortia between Iran and Russia for accelerating mutual trade under the framework of the agreement with the Eurasian Economic Union.

Major Russian companies were introduced to the Iranian side to cooperate in various sectors including production, trade and export during the meeting. The need for cooperation between the two countries to facilitate the transit of goods and the removal of customs barriers by the Russian side, facilitating the issuance of visas to traders and drivers were also among the issues discussed in the meeting.

The value of trade between Iran and Russia stood at $1.168 billion between March 21 and October 22 this year, of which $317 million was Iran's exports to Russia and $851 million was the share of imports from Russia, according to the Iranian official customs data.