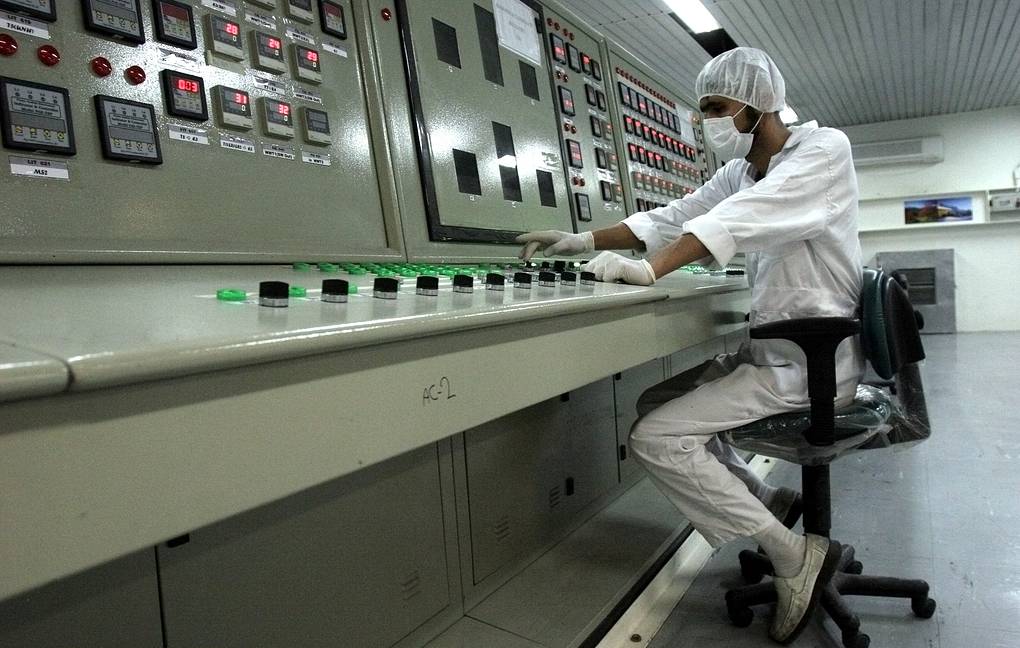 Iran has started injecting uranium gas into centrifuges at the Fordow nuclear facility as part of its fourth step on scaling back its commitments under the 2015 nuclear deal.

Under the Joint Comprehensive Plan of Action (JCPOA), also known as the nuclear deal, Iran agreed to reduce the purity of its enriched uranium to 3 percent. Tehran, however, has declared that it would reconsider its approach to the deal, if other signatories fail to guarantee Iran's benefits from the accord following the withdrawal of Washington from the nuclear deal in May 2018.

Kazem Gharibabadi, Ambassador and Permanent Representative of Iran in Vienna, said on November 5 that Iran has sent a letter to the IAEA to notify them of Tehran’s decision to further scale back nuclear deal commitments by injecting gas into Fordow facility.

Speaking at the opening ceremony of Azadi Innovation Factory on Tuesday, President Rouhani announced that under the JCPOA, 1044 centrifuges were agreed to spin in Fordow without injection of any gas, and Iran will take the fourth step of reducing commitments to the JCPOA as of November 6.

“Within the next two months, there is a chance for negotiation, and if we find the right solution to lift the metals and oil sanctions, ensuring our easy oil sales and receiving our money in our banks, we are fully prepared to return to the previous state,” he added, according to the official website of the president.

Rouhani also stressed that “America must officially announce that the sanctions are not right” adding that Iran is ready to negotiate the issue within the P5+1 format.

Meanwhile, Morgan Ortagus, a spokesperson for the U.S. State Department, said in an emailed statement on November 5 that “we have made clear that Iran’s expansion of uranium-enrichment activities in defiance of key nuclear commitments is a big step in the wrong direction, and underscores the continuing challenge Iran poses to international peace and security.”

The Fordow nuclear plant is located about 25 kilometers northeast of Qom. Iran acknowledged Fordow’s existence in 2009 amid a major pressure campaign by Western powers over Tehran’s nuclear program. Officials in Washington believe this plant had a military purpose, but Iran insists the facility is supposed for peaceful purposes.

The centrifuges at Fordow are first-generation IR-1s. The nuclear deal allowed those at Fordow to spin without uranium gas, while allowing up to 5,060 IR-1s at its Natanz facility to enrich uranium. A centrifuge enriches uranium by rapidly spinning uranium hexafluoride gas. An IR-6 centrifuge can produce enriched uranium 10 times faster than an IR-1.

Iranian scientists also are working on a prototype called the IR-9, which works 50-times faster than the IR-1, Ali Akbar Salehi, head of the Atomic Energy Organization of Iran said on November 4.

As of today, Iran is enriching uranium up to 4.5 percent, violating the existing limit of 3.67 percent. Enriched uranium at the 3.67 percent level is enough for peaceful pursuits but is far below weapons-grade levels of 90 percent. At the 4.5 percent level, it is enough to help power Iran’s Bushehr reactor, the country’s only nuclear power plant. Prior to the atomic deal, Iran only reached up to 20 percent.