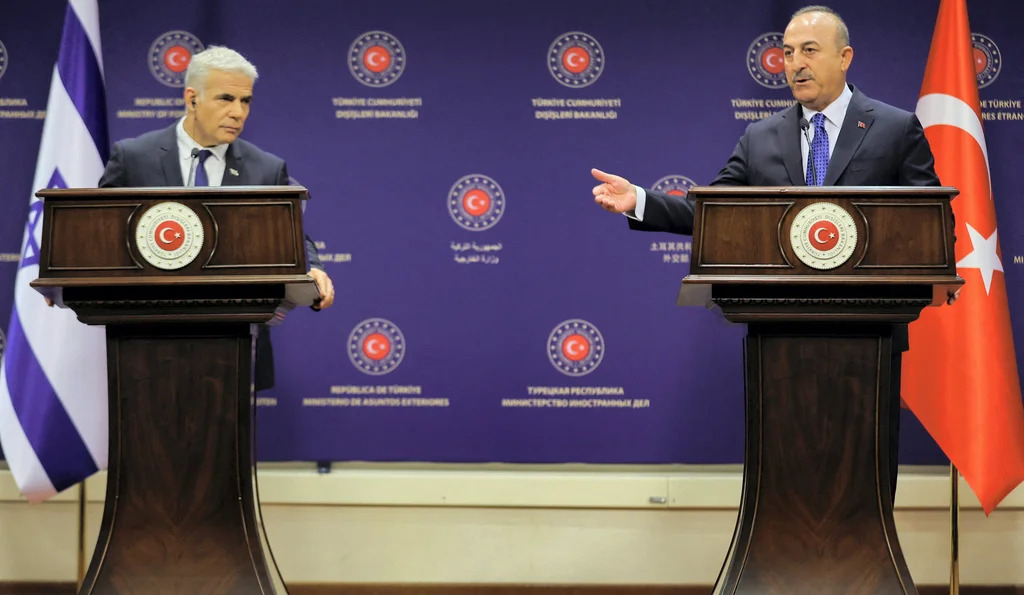 Iran’s Foreign Ministry Spokesperson Saeed Khatibzadeh has dismissed claims by the Israeli foreign minister that Tehran had plotted an attack on Israeli tourists in Türkiye.

He said the “baseless accusations and allegations” made by the Israeli foreign minister in Ankara at a joint press conference with his Turkish counterpart were “ridiculous.”

“These claims are within the framework of a premeditated scenario aimed at ruining relations between the two Muslim countries,” the spokesman added.

Khatibzadeh accused Israel of “launching a psychological operation” a week ago to busy the media with “imaginary scenarios.” He also said Israel “used false information to lay the groundwork for a fabricated scenario.”

“Our neighbouring country [Türkiye] knows well how baseless the accusations of the Zionist regime’s messenger are, and it’s expected that they will not remain silent in the face of such divisive claims,” Khatibzadeh added.

During his visit to Ankara on June 23, Israel’s Foreign Minister Yair Lapid praised “security and diplomatic cooperation between Israel and Türkiye” for thwarting “the Iranian plot” and “saving the lives of Israeli citizens” in Istanbul.

On the same day, the Turkish media reported that five Iranian nationals suspected of “planning to assassinate Israeli citizens” were arrested in Istanbul on June 22 by Türkiye’s National Intelligence Agency (MIT).

On June 13, Israel issued a travel warning for those visiting Türkiye after a “significant attack” on Israelis was foiled in coordination with the MIT. The notice was made after the chief-of-staff of the Iranian Armed Forces, Mohammad Bagheri, vowed revenge for the assassination of Colonel Hassan Sayyad Khodai, a member of the IRGC’s expeditionary Quds Force gunned down outside his home in Tehran on May 22. Iran blamed Israel for Khodai’s death.

The Iranian Nour News website, affiliated with the Supreme National Security Council (SNSC), reported on June 20 that Israel was “well aware” that Iran’s response to the assassination of Sayyad Khodai “is certain.”

“The authorities of the regime know that the Islamic Republic of Iran will never punish innocent people when taking revenge for the crimes of the Zionist government,” the report added.

On June 24, Türkiye’s Hurriyet paper reported details about a recent operation by security forces in Istanbul against an Iranian group targeting Israeli citizens. According to the report, Israeli intelligence service Mossad notified MIT that some of its citizens who had come to Istanbul as tourists were being tracked. The Iranian group was staying at the same hotel as the tourists.

On June 15, Mossad warned the tourists not to return to the hotel and sent them back to Israel without luggage. MIT and the Istanbul police conducted operations in the accommodations, detaining five Iranian suspects on June 22.