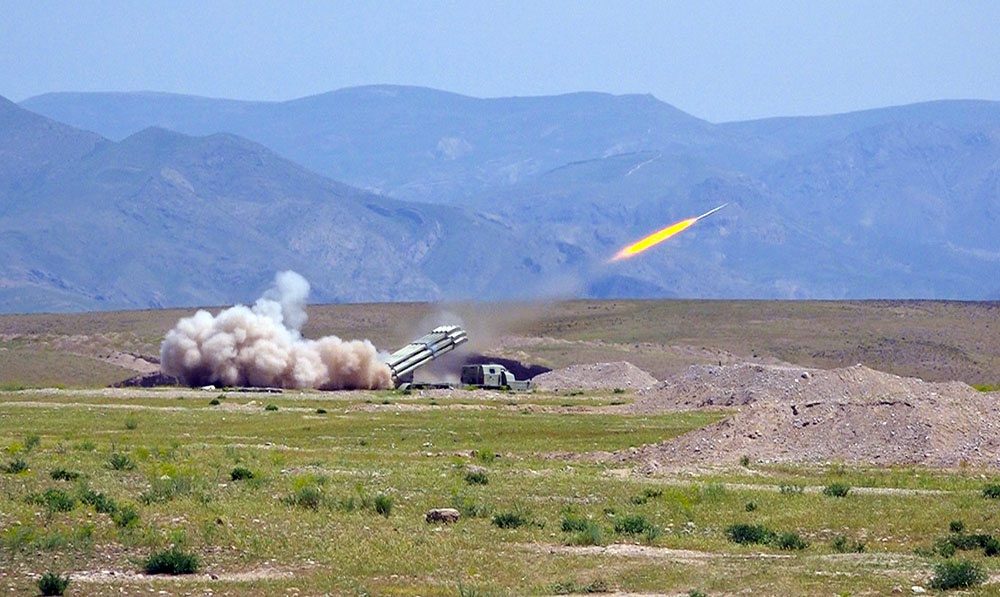 The full-scale war that lasted until a ceasefire in 1994 resulted in Armenia occupying 20 percent of Azerbaijan's sovereign territory, including the entire Nagorno-Karabakh region and seven surrounding districts. / Ministry of Defense of Azerbaijan

Spokesperson to the Foreign Ministry of Iran, Abbas Mousavi has expressed Tehran's readiness to mediate and reduce tensions between its two neighboring states - Armenia and Azerbaijan, which soared from July 12.

"Iran believes that regional problems, especially the dispute between Armenia and Azerbaijan, should be resolved through dialogue, and we are ready to adopt a mediatory role in the conflict," Mousavi said at a conference in the northern province of Ardabil on July 16, according to Islamic Republic News Agency (IRNA).

Calling for further self-restraint by both sides, he added that the best way to ease tensions and reach a peaceful settlement of the conflict is efforts to bring viewpoints closer to each other.

Tensions between the two South Caucasus countries mounted on July 12 after Armenia's troops opened artillery fire on the border positions of the Azerbaijani army in the Tovuz region, in northwestern Azerbaijan.

The new escalation of a decades-long conflict between Armenia and Azerbaijan caused deaths on both sides. Azerbaijani troops lost 12 servicemen, including one general and one colonel until July 17. One civilian was also shot dead after the Armenian forces shelled at the Azerbaijani villages located near the border.

Armenian authorities confirmed four deaths, including one major and one captain throughout the armed clashes. Twenty more have been injured, according to Yerevan's Defense Ministry. However, social media users in the country claimed that the government is deliberately hiding real numbers, which they believe is more than 30, of which seven are said to be officers.

Hikmet Hajiyev, an aide to the president of Azerbaijan, Head of the Foreign Policy Affairs Department of the Presidential Administration, described Armenia's attack on the positions of Azerbaijani armed forces as an act of aggression and provocation from Yerevan.

"The provocation by Armenia, perpetrated along the border, is yet another evidence that the official Yerevan is disinterested in the negotiated settlement of the Armenia-Azerbaijan conflict," Hajiyev said on July 12.

In a phone conversation with his Azerbaijani counterpart on July 14, Iranian Foreign Minister Mohammad Javad Zarif noted that Iran is always ready to support furthering the settlement of the conflict.

"The protection of the territorial integrity of the Republic of Azerbaijan is a regional strategy of the Islamic Republic of Iran," Zarif underlined, according to the official website of the Azerbaijani foreign ministry.

Meanwhile, another neighboring country, the Turkish Foreign Ministry blamed Armenia for blocking efforts to resolve the conflict and ensure peace in the South Caucasus by illegally occupying Azerbaijani lands, urging Yerevan "to come to senses and comprehend, as soon as possible, that they should be part of the solutions, not problems, in the South Caucasus".

Tensions between Armenia and Azerbaijan have remained high over the last three decades following a four-year full-scale war in the early 1990s. Armenia launched an all-out military campaign to occupy Azerbaijan’s Nagorno-Karabakh region, where partial ethnic Armenian population lived side by side indigenous Azerbaijanis.

The full-scale war that lasted until a ceasefire in 1994 resulted in Armenia occupying 20 percent of Azerbaijan's sovereign territory, including the entire Nagorno-Karabakh region and seven surrounding districts. Armenian troops killed over 30,000 ethnic Azerbaijanis, including 613 that was massacred in the city of Khojaly. As a result of the brutal ethnic cleansing policy, more than 1 million Azerbaijanis have become refugees and internally displaced persons.