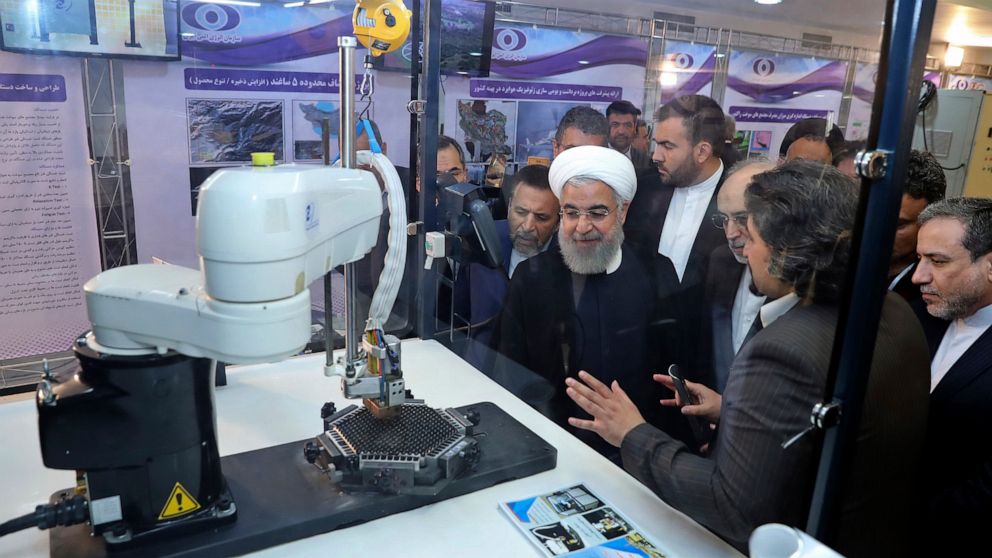 An Iranian nuclear official has announced Tuesday his country’s readiness to increase the percentage of uranium enrichment with its new centrifuges.

“The Atomic Energy Organization of Iran [AEOI] is ready to increase production capacity and enrichment percentages if there is a necessity to manufacture industrially advanced machines," the spokesperson of the AEOI, Behrouz Kamalvandi, said on November 24, according to the Iranian news website Khabar Online.

"Regardless of the political aspects of the plan and what the country's decision will be, we will comment on the technical considerations of the plan. Issues in various fields of enrichment, reactor design, and research and development (R&D) are an important part of which is applicable to the AEOI, especially given the advances we have made in advanced machine development in recent years," the spokesperson said.

"We are trying to see the technical considerations of the AEOI in the plan so that if the organization approves, there will be no problem in its implementation," he added.

Kamalvandi had earlier said that US sanctions cannot stop Iran’s nuclear activities, and “the AEOI will continue its activities to ensure the peaceful nuclear rights of the Iranian people”.

“According to Article 4 of the bill, which was approved by the commission on Tuesday, the AEOI will be required to establish a plant for the production of uranium,” he added.

He also said that the injection of uranium hexafluoride, or UF6, into the centrifuge is the final step in initiating the enrichment and separation of uranium-238 from uranium-235.

The International Atomic Energy Agency (IAEA) has recently confirmed the nuclear watchdog’s inspectors had additional access to all the intended sites in Iran, noting that the organization is indeed continuing to verify Iran's nuclear activities under the Safeguards Agreement.

In early September, the IAEA reported in a confidential document distributed to member countries that Iran's stockpile of enriched uranium now stands at over 10 times the limit set in the 2015 nuclear deal with world powers.

In late August, Iran and the IAEA issued a joint statement stating that "Iran has voluntarily provided access to the Agency's two designated sites and will facilitate the Agency's verification activities to resolve these issues."

Iran has already begun feeding uranium gas into a cascade of more advanced centrifuges at its underground enrichment plant at Natanz. In November 2019, Iran announced the resumption of uranium enrichment at Fordo, the fourth phase of its push since May 2019 to progressively suspend commitments to the 2015 nuclear deal. Iran's other steps are expected to be exceeding the restrictions on enriched uranium reserves and enrichment level, development of advanced centrifuges, and foregoing a limit on its number of centrifuges.

Iran says it’s ready to reverse all the steps it has taken beyond its commitments when sanctions are lifted and the European signatories to the deal comply with their commitment to cooperate in the economic and nuclear fields with Tehran.

The suspension of commitments by Iran was in retaliation to Washington's withdrawal from the Joint Comprehensive Plan of Action (JCPOA) known as the nuclear deal in May 2018 followed by its unilateral reimposition of sanctions. The JCPOA was signed between Iran and the five permanent members of the United Nations Security Council – China, France, Russia, the United Kingdom and the United States, plus Germany, in 2015.

The deal allows Iran to enrich uranium for 15 years up to just 3.67 percent while prohibiting it from building any new heavy-water facilities for the same period of time. In addition, uranium enrichment activities were to be limited to a single facility that uses first-generation centrifuges for 10 years.