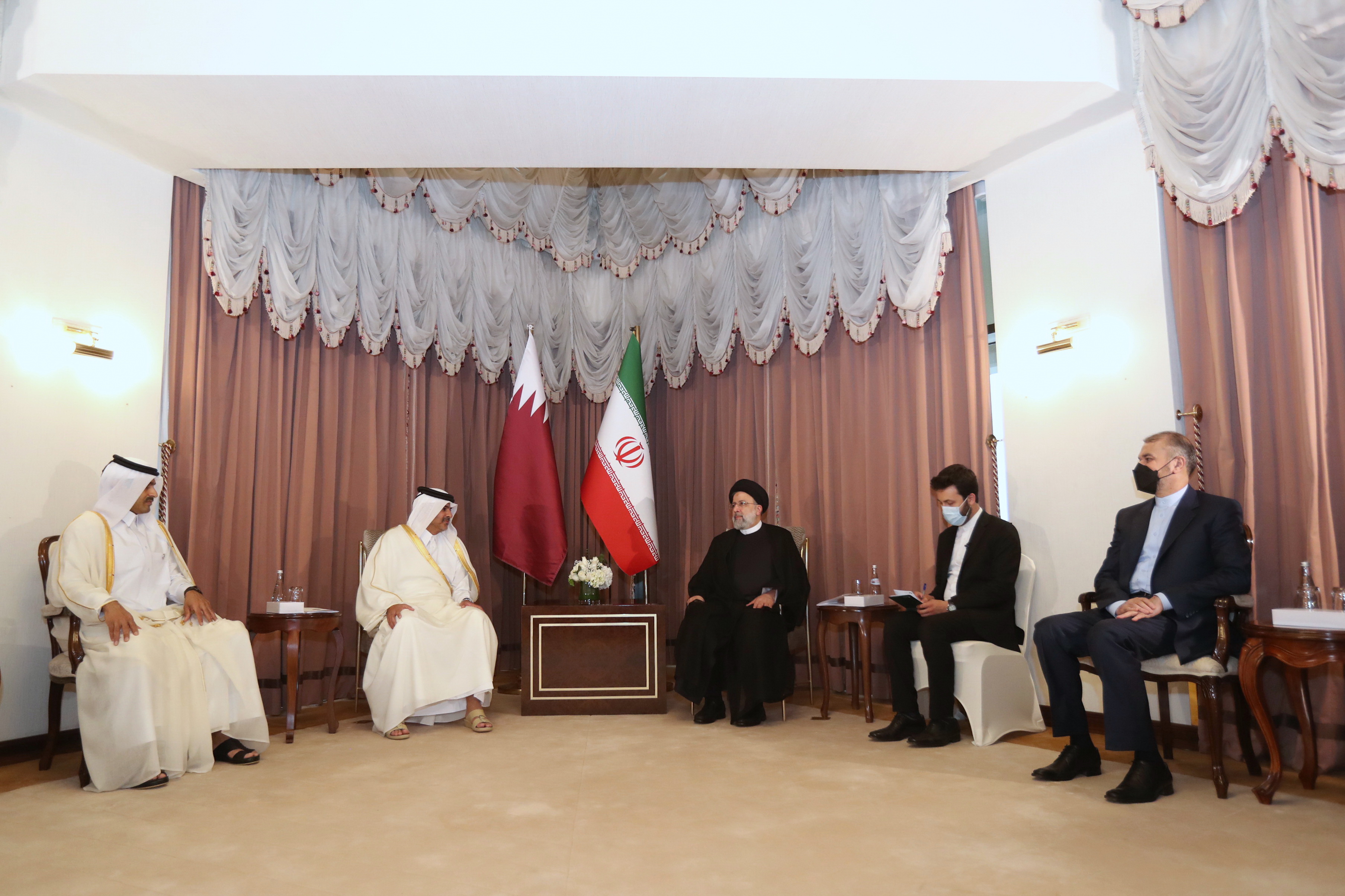 The documents will cover close cooperation between the two countries in various fields of economy, including trade, shipping, aviation, electricity, and cancellation of visas as Qatar prepares to host the 2022 World Cup.

In a joint press conference following a meeting with the Emir of Qatar, the Iranian president said that the sides “agreed to seriously increase cooperation in the fields of economy, energy, infrastructure, trade, investment, food security, health, and culture.”

For his turn, Sheikh Tamim bin Hamad Al Thani expressed his satisfaction with signing several agreements and memoranda of understanding between the two countries, saying that “this is a very important issue and their implementation should be pursued.”

President Raisi is visiting the Persian Gulf country at the official invitation of the Emir of Qatar, Sheikh Tamim bin Hamad Al Thani. His two-day trip is the first trip by an Iranian president to Qatar in more than a decade.

While addressing the meeting with the Qatari prime minister, President Raisi proposed opening an Iranian trade center in Doha.

“The Islamic Republic has made enormous achievements in such fields as production, industry, technology, nanotechnology, biotechnology and knowledge-based projects, which can be shared with Qatari businesses,” the president added.

Accompanying the president on his trip, Iranian Foreign Minister Amir-Abdollahian tweeted on February 22 that “the relations between Iran and Qatar, both between the peoples and the governments, have strong roots and are based on mutual interests.”

“Expansion of relations with neighbors, especially Arab countries, is a key priority in Iran’s policy. Our arms are open to neighbors,” he added.

Tehran and Doha have been enjoying growing economic and political relations since June 2017, when Iran offered its full support for Qatar after the Arab country came under a blockade by Saudi Arabia and several other countries in the region.

The South Pars/North Dome field shared between Iran and Qatar is the world’s largest gas field, covering 9,700 square kilometers of the two countries’ territorial waters in the Persian Gulf. Collective output from the field has reached about 1.4 billion cubic meters per day in recent years.

Meanwhile, Qatar has called on Arab states of the Persian Gulf to enter talks with Iran for years. Former US President Donald Trump’s administration worked to build a united front against Iran in the Gulf, including by encouraging normalization of relations between the region’s Arab states and Israel.