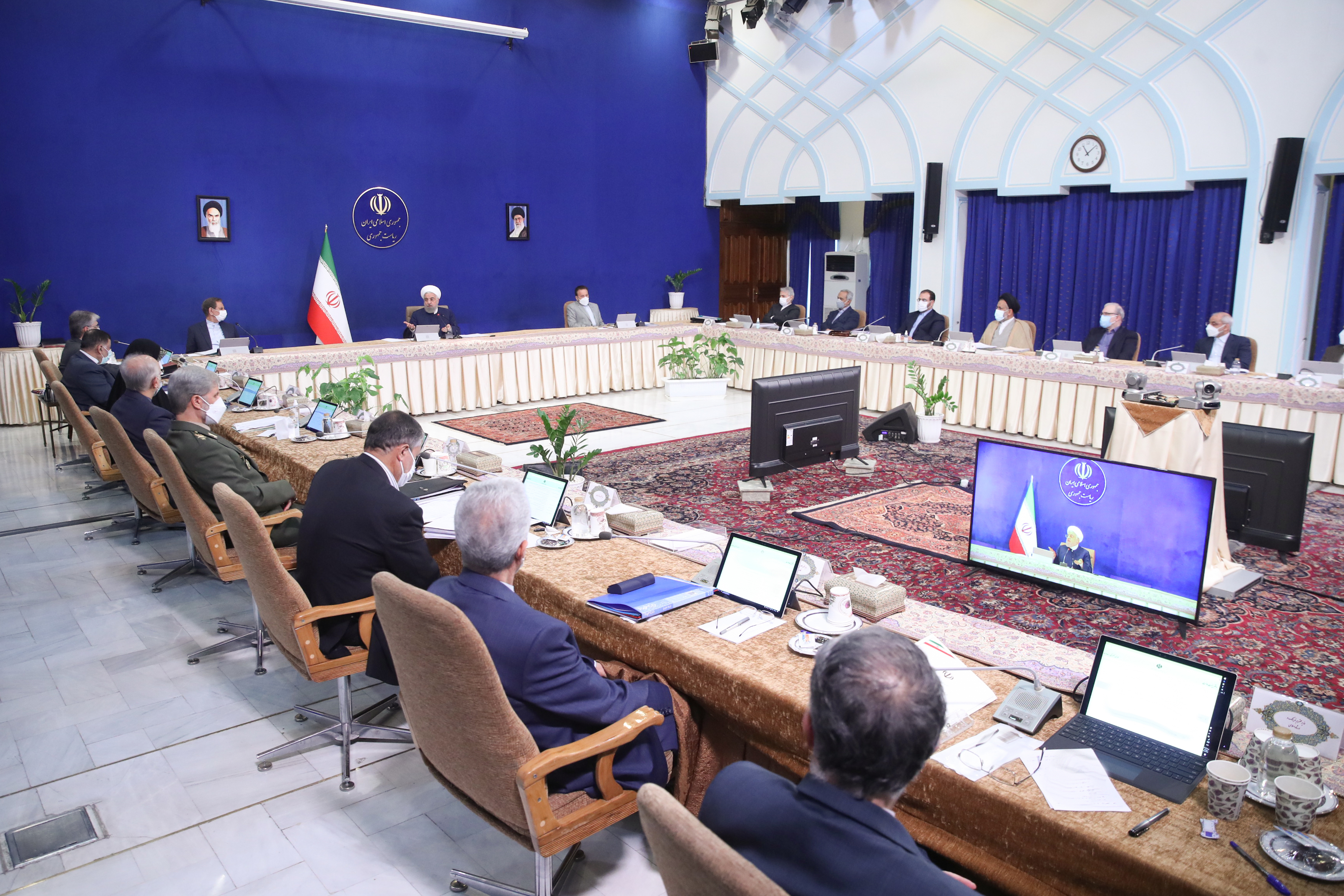 Iranian President Hassan Rouhani addressed the cabinet meeting, pointing to the problems created in recent days in the field of electricity supply and distribution. / president.ir

Iranian President Hassan Rouhani has expressed regret over problems people have faced in the past few days due to the massive power cuts in the country.

“Regarding the shortage of electricity in the country, the root cause of the problems should be found,” President Rouhani said at the cabinet meeting on July 7.

“Such problems are painful for the people, but know that in such cases, the government suffers more than the people,” he said, advising the people to reduce electricity consumption.

Since last week, Iran has experienced frequent power outages that authorities say may be caused by heat-wave, droughts, as well as low investments in the power generation and distribution sector. In late May, the Iranian government also banned cryptocurrency mining for four months to reduce the load on the power grid.

“If we do not have the money and cannot communicate with the world’s banks because of the FATF, then we will not have enough capital, and we will not be able to finalize the big projects,” he said on Wednesday.

The FATF is a global intergovernmental organization tasked to set standards for combating money laundering and “terrorism financing.” FATF blacklisted Iran in February 2018 for failing to pass legislation introducing transparency regulations to combat money laundering, corruption, and terrorism financing. All FATF members – who host most of the world’s financial centers – are required to exercise enhanced diligence and counter-measures against blacklisted states.

President Rouhani believes the country would continue facing problems with banks worldwide until Iran’s issues with the FATF are resolved.

On July 6, Iran’s president also apologized for frequent power outages, asking people to cooperate, as “there is no other choice.” He added that some might think it was the energy ministry’s fault, but it was not to blame.

“This has been happening due to a number of circumstances,” President Rouhani said.

The Iranian power industry spokesman Mostafa Rajabi-Mashhadi said on July 3 that Iran suffered from an electricity production deficit of some 11,000 megawatts. Iran’s nationwide demand was 65,000 megawatts, while the country’s cumulative productive capacity stood at only 54,000 megawatts, he added.

Iran’s steel and cement industries would halt production for up to three weeks to reduce pressure on the national grid. The planned overhaul would be implemented to cut consumption by 10 percent. The forced shutdown would be applicable to both private and state-owned factories. The government has also disconnected supply to households and civic facilities to manage the power shortage.

On July 6, Judiciary Chief Gholamhossein Mohseni-Ejei wrote a letter to Prosecutor-General Mohammad Jafar Montazeri ordering an inquiry into the causes of the widespread blackouts in various cities in Iran.

“Given the constant electricity outages with no prior notice in various cities up and down the country and the damages and difficulties inflicted on the public, and, in keeping with reviving the general interests of society and by way of prevention, or at least, reducing these damages and their related losses, the reason for these electricity outages and inadequate notices given are to be assessed and followed up by necessary measures,” Mohseni-Ejei wrote.