Iran Police Seize About 5 Tons of Drugs in Two Provinces 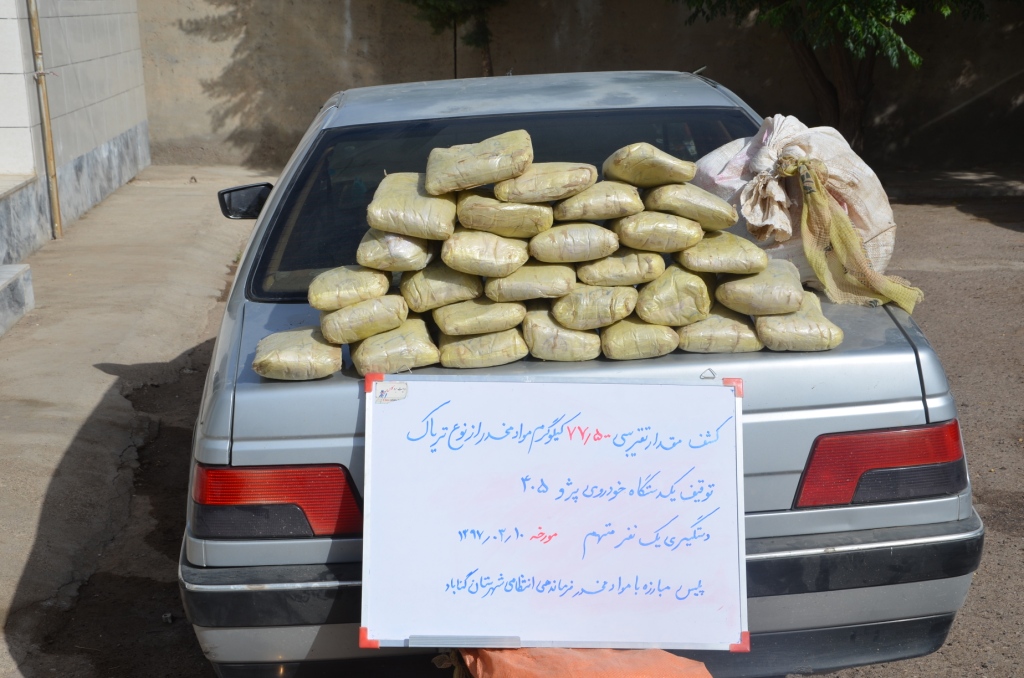 Iran intensified the fight against drug smugglers as part of the national anti-drug week, which is being held in Iran. / Nooresama.com

As part of an operation dubbed “Zafar” (Victory in Farsi), police dismantled four drug-trafficking gangs and detained 63 drug smugglers. The police also closed up seven drug sales centers and seized 32 vehicles and motorcycles during the operations in Tehran.

Rahimi said that 43 websites operating to promote drug use and sale were closed, and 23 individuals were arrested. In addition, 16 kg of narcotics has been discovered at their hiding places.

The police chief of the province, Brig-Gen Ahmad Taheri, said that his forces seized two cars around the Daman countryside where a prolonged two-hour armed confrontation occurred leading to the arrest of two gang members.

On June 28, Iran’s Border Guard Commander Brigadier Ahmad Ali Goudarzi also said that 1,006 kg of various drugs, including 950 kg of opium and 56 kg of hashish, were confiscated from drug traffickers in the border area in Saravan town in Sistan-Baluchestan Province. He added that drug traffickers were trying to transfer a big shipment of narcotics into the country’s central regions but were caught in an ambush on their way.

Goudarzi said that when the drug traffickers found out that police spotted them, they got engaged in an armed conflict with the security forces but had to escape after heavy clashes, leaving behind their vehicles and big shipment of narcotics.

Iranian police have intensified the fight against drug smugglers as part of the national anti-drug week, which is being held in Iran. The initiative is concurrent with the International Day Against Drug Abuse and Illicit Trafficking, which is marked on June 26 every year, to strengthen regional and international cooperation.

Earlier, Iran’s Intelligence Ministry dismantled an international narcotics gang involved in the transit of drugs. The band was identified and attacked in Alborz Province, neighboring Tehran, on June 23. The report added that four smugglers were arrested, while three vehicles and 700 kg of heroin were seized.

Iranian security forces seized over 1,200 tonnes of narcotics between March 20, 2020, and March 20, 2021, according to Eskandar Momeni, the spokesman of Iran’s Drug Control Headquarters.

According to the United Nations Office on Drugs and Crime (UNODC’s) World Drug Report 2020, Iran accounted for 91 percent of the world’s opium seizures and 33 percent of the world’s heroin and morphine seizures. Iran remains one of the major transit routes for drug trafficking from Afghanistan to European countries and has had a leading role globally in drug-control campaigns, according to the report.

The drugs mainly came from the eastern parts of Iran that border Afghanistan and Pakistan. Meanwhile, some genetically modified seeds had also been smuggled to Iran from Europe. Since 1979, 3,800 people were martyred, 12,000 wounded and disabled in Iran in the fight against drug trafficking.

Iran has spent more than $700 million on sealing its borders and preventing the transit of narcotics destined for European, Arab, and Central Asian countries.