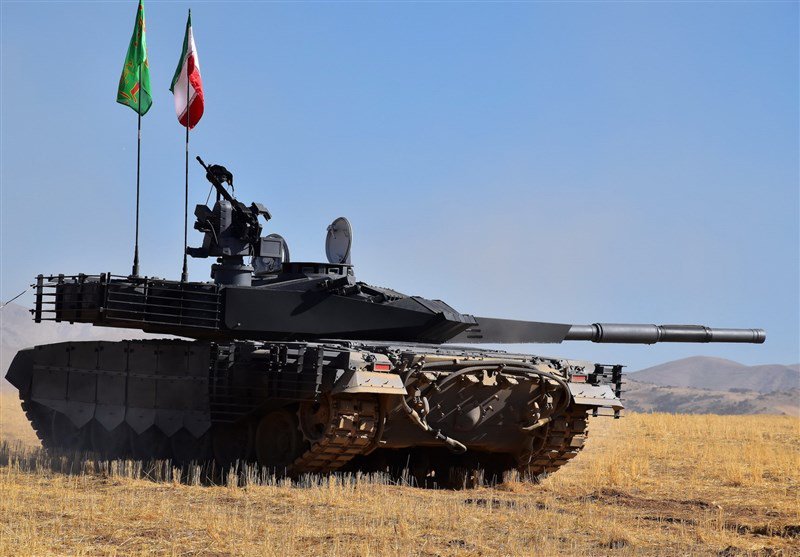 In March 2017, Iran unveiled its most advanced indigenous tank, Karrar (Striker), and the tank's mass production line in the city of Dorud in Lorestan province, in western Iran. / Tasnim News Agency

An Iranian deputy defense minister has said that Iran plans to manufacture new tanks and upgrade its current inventory, by up to 800 tanks.

“The upgrade and manufacture of 700 to 800 tanks has been planned by the ministry, and major part of works will be done in the Defence Industrial Complex in Dorud,” the Iranian Tasnim news agency quoted Deputy Defense Minister Reza Mozaffarinia as saying last Wednesday. The Dorud complex is located in the Iranian western province of Lorestan.

Mozaffarinia said that 50 to 60 tanks are to be manufactured annually due to the needs of the Iranian Revolutionary Guards Corps (IRGC).

According to Iran’s Keyhan newspaper online, the IRGC has announced it intends to move forward with the procurement of 800 modern Karrar model battle tanks as part of the modernization plan of Iran’s Armed Forces.

In March 2017, Iran unveiled Karrar (meaning “striker” in Farsi), its most advanced indigenous tank with amphibious capabilities that incorporates an electro-optical fire control system, a laser rangefinder, a ballistic computer and can fire at both stable and mobile targets in day or night.

The Karrar is fitted with a new welded turret that is armed with a 125 mm smoothbore gun. It can fire laser-guided missiles, likely from the main gun barrel, and has a remotely operated 12.7-millimeter machine gun. As for armor protection, the tank is dressed in reactive armor tiles to protect against anti-tank shells, rockets and missiles, with ERA (Explosive Reactive Armor) at the front of the hull and turret.

The Karrar’s close resemblance and visual similarity to the T-90 has prompted questions about its capabilities and whether or not the Karrar is truly a new development in Iranian warfare. Russian military specialists regarded the Karrar as a copy of its T-90MS battle tank and suggested that it was based on the T-90 with elements from the American Abrams and British Chieftain tanks.

In February, the Commander of Iran’s Army Ground Force, Brigadier General Kioomars Heidari, said that contracts were in place to develop an Iranian homegrown military tank, namely the Karrar, which are ready to be delivered to Iran’s armed forces. Heidari said that Karrar is one of the unique products that have been contracted by the Army to be delivered to the factories for mass production.

According to the International Institute for Strategic Studies, as of 2016 Iran’s gross domestic product was more than $400 billion and its annual defense budget is almost $16 billion. Mohammad Hossein Sepehr, the deputy to the Supreme Leader’s representative in the IRGC, said in January that Iran’s military budget is $7 billion, however. Sepehr’s numbers are much less than what President Hassan Rouhani’s government has submitted in his new budget to parliament, where more than $10 billion has been proposed.