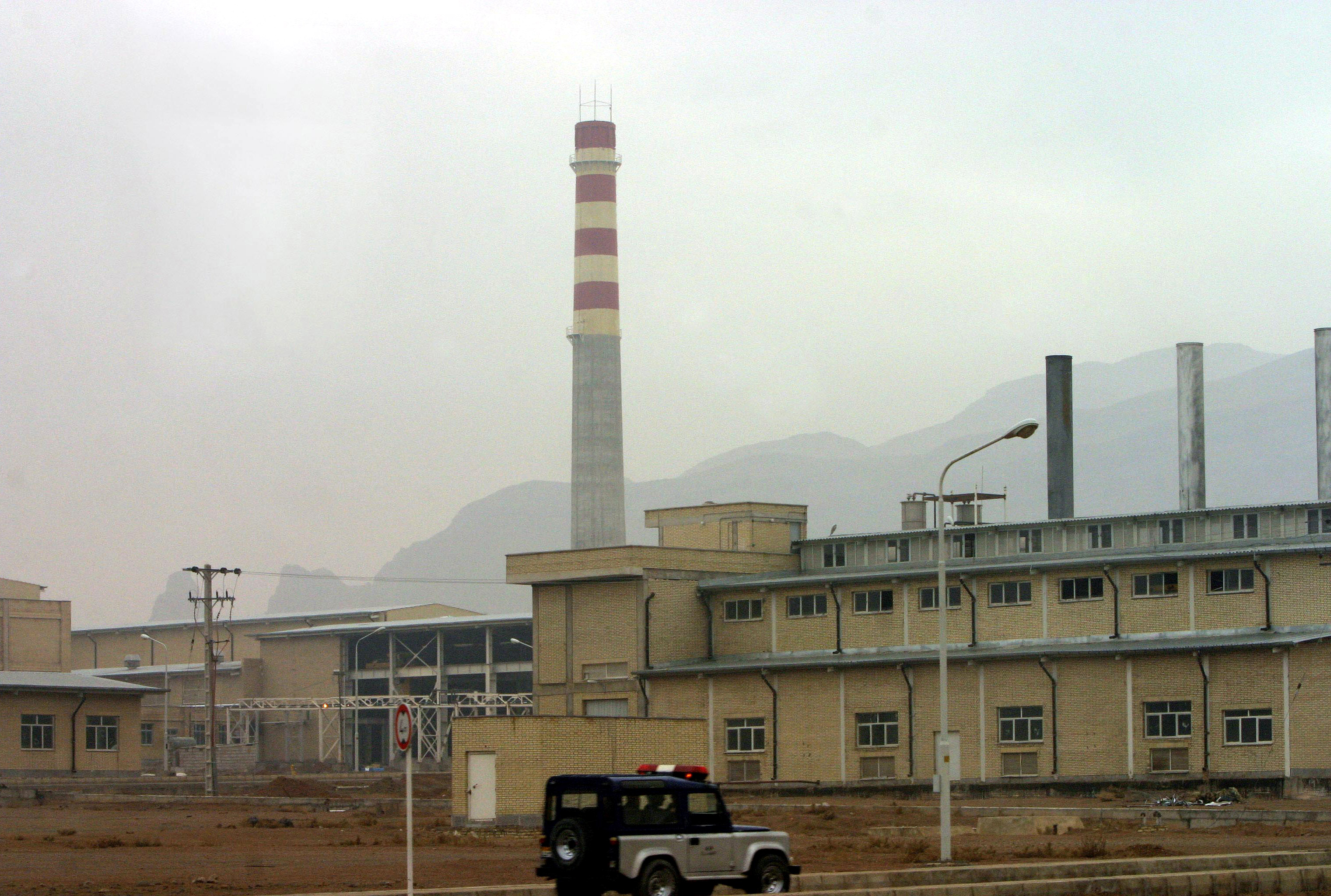 A security car passes in front of the Natanz nuclear facility, 300 km south of Tehran, Iran on November 20, 2004. / Reuters

Iran’s president has said that the country will resume enriching uranium beginning Sunday, July 7, to whatever levels are needed beyond the cap set by the Joint Comprehensive Plan of Action (JCPOA), better known as the nuclear deal, and brokered under the Obama administration in 2015.

“From July 7, Iran’s enrichment level will no longer be 3.67, and we will increase it to the level we need,” President Hassan Rouhani said in a cabinet meeting on Wednesday, according to his official website.

“After July 7, if you don’t live up to the commitments you have made within an agreed timetable, we will restore Arak reactor to its earlier status, the very status which you once referred to as dangerous and capable of producing Plutonium,” Rouhani was quoted as saying, defying Washington’s efforts to force Tehran into renegotiating the deal.

On May 8, 2019, one year after U.S. President Donald Trump announced he was pulling the United States out from the agreement, Iranian officials announced a 60-day deadline for the remaining signatories to the JCPOA – the United Kingdom, France, Russia, China and Germany – to fulfill their end of the bargain and try to save it. As a first step, Iran has stopped respecting the limits placed on it to enrich uranium and begun to produce an unlimited amount of heavy water at the Arak nuclear facility.

The deal allows Iran to enrich uranium for 15 years up to just 3.67 percent, which is enough for nuclear power plants but far below the 90 percent needed for manufacturing nuclear weapons, while prohibiting it from building new heavy-water facilities for the same period of time. In addition, uranium enrichment activities were to be limited to a single facility that uses first-generation centrifuges for 10 years.

“We recommend the Europeans and the U.S. get back to logic, to sit behind the negotiating table, return to understanding and rule of law and respect the United Nations Security Council’s approvals and let’s live up to our commitments under the JCPOA,” Rouhani said on Wednesday.

“We could not remain silent in reaction to the inaction of the other side, and that's why we have done these things, but the other sides should know that at any hour that they come back to the JCPOA, we will return as well; we are still in the deal and all the actions we do are to save the deal.”

The U.S. warned European banks, investors and businesses against utilizing the special-purpose vehicle Europe has developed to skirt the U.S. financial system, called INSTEX – a European-backed payment channel set up earlier this year by the U.K., France and Germany – specifically for doing business with Iran.

However, Iranian officials say the channel is not sufficient for meeting Iran’s needs in the face of American sanctions. They insist that the EU should honor its commitments under the JPCOA in the trading and banking sectors, and should provide methods for Iran to export its oil.