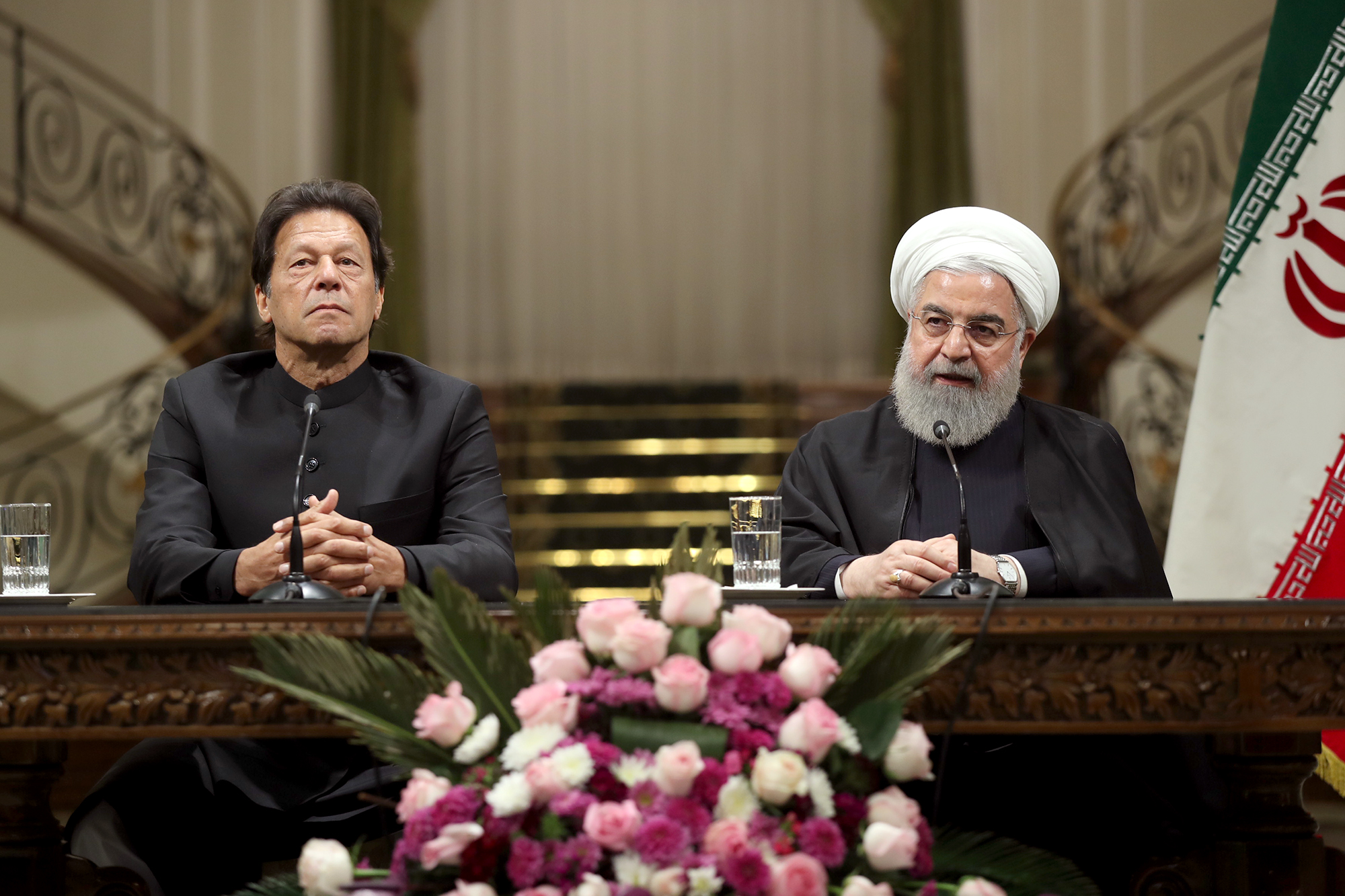 Iranian and Pakistani leaders have agreed to form a rapid response force to combat militant activity along the shared border between Iran and Pakistan.

“Iran and Pakistan are going to form a joint rapid reaction force to fight terrorism inside their borders,” Iranian President Hassan Rouhani said while addressing a joint press conference with Pakistan’s Prime Minister Imran Khan, held in Tehran on Monday.

“We are happy that the Pakistani party has designated all groups that are carrying out inhumane acts in the region as terrorist and is acting decisively against them,” the official website of the Iranian president cited Rouhani as saying.

For his turn, Imran Khan said, “We must not let militants use the soils of the two countries to carry out terrorist acts,” adding that “we require more cooperation in combatting terrorism and violent acts.”

Khan arrived in Iran on April 21 to discuss security and regional issues, a day after Pakistan's foreign ministry urged Tehran to take action against militants behind killings in the South Asian country’s southwestern province of Balochistan, which shares a border with Iran.

In a letter sent by Pakistan’s foreign ministry to the Iranian government on April 20, Islamabad maintained that assailants came from a newly formed Baluch separatist group called Raji Aajoi Sangar, based in Iran's province of Sistan and Baluchestan. The Pakistani government urged Iran to act against the attackers who had fled back across the border. The group claimed responsibility for an attack on April 18, when 14 passengers were killed after being kidnapped from buses in the province.

Pakistan’s Foreign Minister Shah Mahmood Qureshi said after the attack that the training and logistical camps of Raji Aajoi Sangar are based inside Iran, and called on Iran to take action against the group.

The Iranian and Pakistani governments have accused one another for years, each saying the other is not doing enough to stamp out militants allegedly being sheltered across the border. Groups operating both within Pakistan's Balochistan and Iran's Sistan and Baluchestan provinces, which share a 959 km (596 mi) border, seek independence from both countries.

Tehran has stepped up security along its side of the border after a suicide bomber killed 27 members of Iran’s Revolutionary Guards and wounded 13 on February 13. The group Jaish al-Adl (Army of Justice) claimed responsibility for that attack. Jaish al-Adl describes itself as a political-military movement and claims to be fighting to achieve justice for what it sees as an oppressed minority population in Iran, namely the Sunni Baluch people.