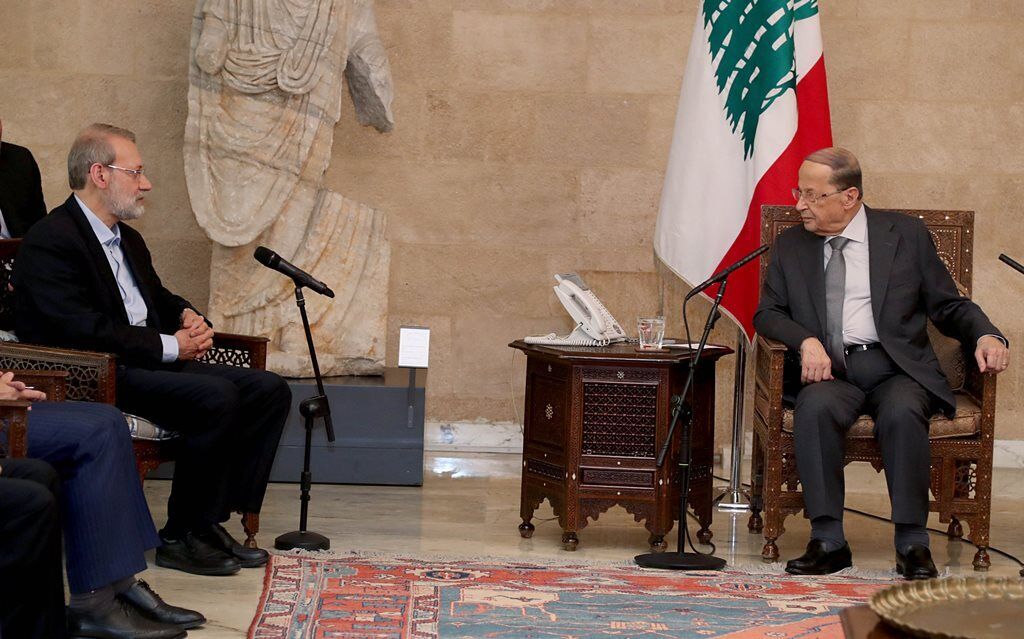 “Iran has never hidden its support for this country [Lebanon], and it has already conducted comprehensive talks, and we are ready to offer all types of assistance in the economic, industrial and commercial fields,” Larijani said during a press conference in Beirut on Monday, Iran’s Mehr news agency reported.

Larijani arrived in Beirut the day prior, continuing a regional tour that started in Syria. His visit was the first official foreign visit by an Iranian senior politician to Beirut since the formation of a new Lebanese government led by Prime Minister Hassan Diab that was approved last week.

The new government was established after weeks of negotiations over its line-up that includes Hezbollah – a militant group based in Lebanon is considered a terrorist organization by Washington and other western capitals. Hezbollah is widely viewed as Iran’s proxy in Lebanon, which borders Iran’s arch foe Israel.

Nathan Sales, a counterterrorism expert at the U.S. State Department, said in November 2018 that Tehran fund Hamas and other Palestinian militant groups to the tune of $100 million a year and spends about $700 million a year on Hezbollah.

During his remarks in Beirut this week Larijani mentioned, “Hezbollah is a great asset of Lebanon which has blocked the Israeli regime's aggression and tyranny.”

A lack of electricity and other basic services in Lebanon was one of the reasons why thousands of residents flocked to the streets in mid-October, demanding the wholesale removal of a political elite they see as corrupt and incompetent.

Larijani reiterated that the Lebanese people and the government should resolve their problems themselves.

“If they stand on their own feet [they] will be dignified, but if they hold hand for help to the U.S. and Saudi Arabia, their crisis will remain unresolved.”

Saudi Arabia is also considered an arch foe of Iran.

"We understand U.S. anger, as the Iraqi parliament has approved exit of the U.S. forces from the country and Lebanon also dealt with the protests wisely," Larijani said.

In a meeting with Lebanese President Michel Aoun, Larijani voiced Tehran's readiness for helping Lebanon with improving its economic conditions as well as development of scientific, technical, educational and university ties with the country.

However, Larijani’s visit was not welcomed by some political leaders that oppose Hezbollah. Offers of support from Iran, which find itself in a difficult economic situation due to harsh U.S. sanctions, are also ambiguous amongst Lebanon's divided ruling class.

Reacting to the visit, former Minister of Justice Ashraf Rifi said, “Keep your hands away from Lebanon for it to stay free, sovereign and independent. The project of Iranian hegemony and trusteeship will fall sooner or later because it opposes the people’s freedom and dream of a better future.”

“Our situation today is a direct result of Hezbollah’s corruption, illegal weapons and indiscriminate wars,” said Lebanese parliamentarian Nadim Gemayel. “They led investors and the international community to lose confidence in the country and brought economic pressures and sanctions,” the Saudi-based Arab news agency reported.