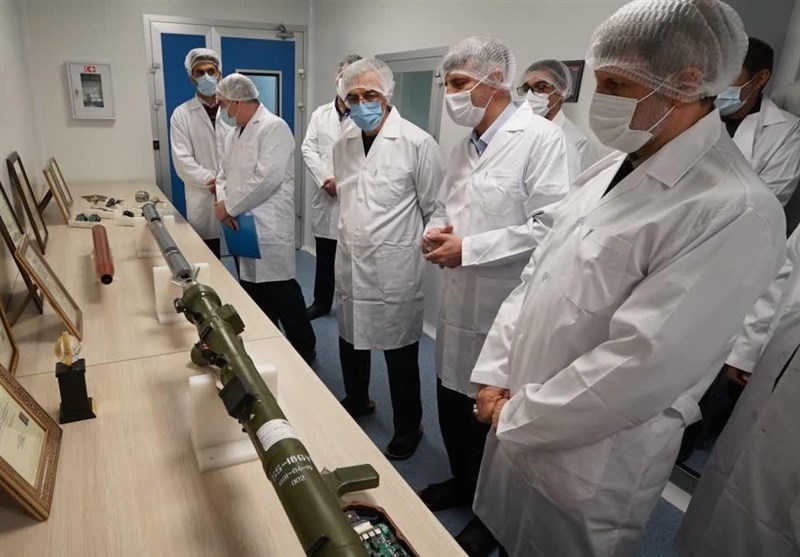 The production lines of man-portable missiles and a center for manufacturing solid fuel have been inaugurated in the presence of the country’s top military officials.

In a ceremony on February 6, the mass production line of advanced shoulder-launched missiles, as well as center for producing hybrid solid fuel to meet the demands of ground forces’ missiles were launched in the presence of Chief of Staff of Iran's Armed Forces Major General Mohammad Bagheri and Defense Minister Brigadier General Amir Hatami, according to Mehr news agency.

“In fact, this is one of the most unique production lines of short-range air defense missiles in the region, and using advanced technologies in the fields of optics, guidance, and control, it can meet the operational needs of the armed forces well, and it is a valuable weapon against threats,” Bagheri said during the ceremony.

These shoulder-launched missiles have different varieties with a range of around 5 kilometers that can counter various targets, and they have passed the advanced tests, he added.

Bagheri also hailed the inauguration of a combined solid fuel production center, saying that it will boost the Iranian ground forces’ military capabilities.

He said that increasing the range and speed of missiles used in ground operations was one of the needs of the armed forces and today, adding that the new solid fuel is expected to boost the power of tactical ground-to-ground, anti-tank and low altitude air defense missiles.

Iran’s Defense Minister Amir Hatami said at the inauguration ceremony that “the country is able to widen the range and speed of its anti-armor and defense missiles”.

"The monopoly on the production of such advanced [shoulder-launched] missiles is in the hand of few countries in the world, and today the Ministry of Defense has been able to indigenize and mass-produce these missiles," the minister stressed.

He said that "the sophistication of shoulder-launched missiles technology is important in that it is simple to handle by combat forces, despite the high level of technology", adding that “these missiles will increase Iran's defense power in asymmetric low-altitude battle.”

On February 3, the Iranian Air Defense also unveiled a smart homegrown system called Sepehr (Sky). The monitoring system can detect all types of flying objects in the Iranian airspace, from balloons to gliders.