Iran Launches Investigation Into Attack On Tanker In Red Sea 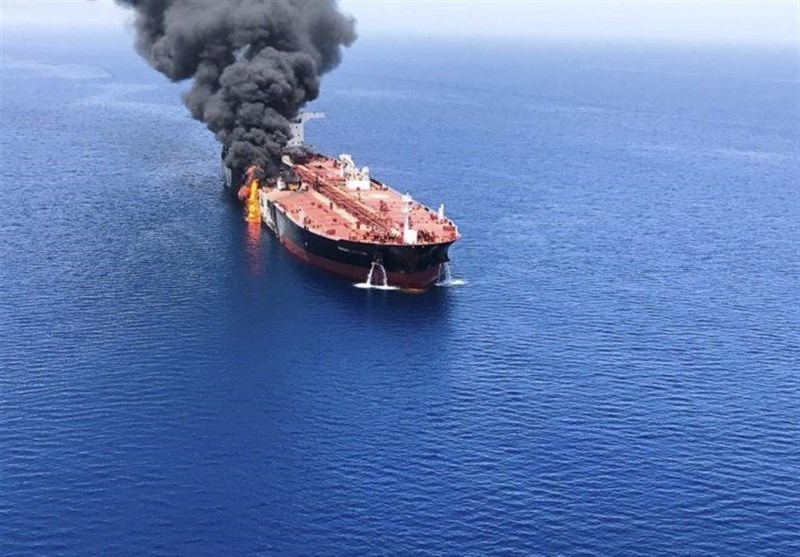 Photo of Iranian oil tanker SABITI after being hit by two missiles in the Red Sea near the Saudi port city of Jeddah on Oct. 11, 2019. / Tasnim News Agency

Iran’s foreign ministry spokesman Abbas Mousavi said an investigation into the attack on the Iranian oil tanker SABITI in the Red Sea has been launched.

“The investigations conducted by the National Iranian Tanker Company (NITC) indicate the Iranian tanker has sustained damages after being targeted twice, at half-hourly intervals, from a place near its shipping route in the east of the Red Sea,” Mousavi said on Friday.

The oil tanker was struck by two explosions from suspected missiles in the morning, about 96 kilometers (60 miles) from the Saudi port of Jeddah. The NITC reported that the ship was damaged but is headed to the Persian Gulf, denying reports that the vessel was set ablaze. NITC noted in statement posted to its website, “the blasts were probably caused by missile strikes,” but denied a report that they came from Saudi Arabia.

"All the ship's crew are safe and the ship is stable too," NITC noted, adding that those on board were working to repair the damage. The leak has reportedly been stopped.

Mousavi described the attack as “a dangerous adventure,” and expressed concern about the maritime pollution caused by the massive oil spill in the Red Sea. He said a probe has been launched, and the results will be announced once a conclusion is reached.

There was no claim of responsibility for the incident, which follows attacks on tankers in the Persian Gulf in May and June, as well as strikes on Saudi oil sites in September. The United States has blamed Iran for those incidents. Tehran has denied having a role in any of the attacks.

Saudi Arabia has not commented on the reports of the recent attack. The United States Navy’s Fifth Fleet, which is based in Bahrain, said it was aware of the reports but had no further information.

The Red Sea is a major global shipping route for oil and other trade, linking Middle Eastern waterways with the Mediterranean Sea, via the Suez Canal. Oil prices jumped by two percent following the news of the alleged attack, and reports say it could drive up already high shipping costs.

About 3,000 U.S. forces have been deployed to Saudi Arabia since an attack on Saudi oil facilities last month, which was blamed on Iran. The U.S. has deployed 14,000 additional forces to the region since May, when four oil tankers were attacked in the region. Iran and Iranian-backed forces have also been blamed for attacks on two other tankers in June and the downing of U.S. drones.