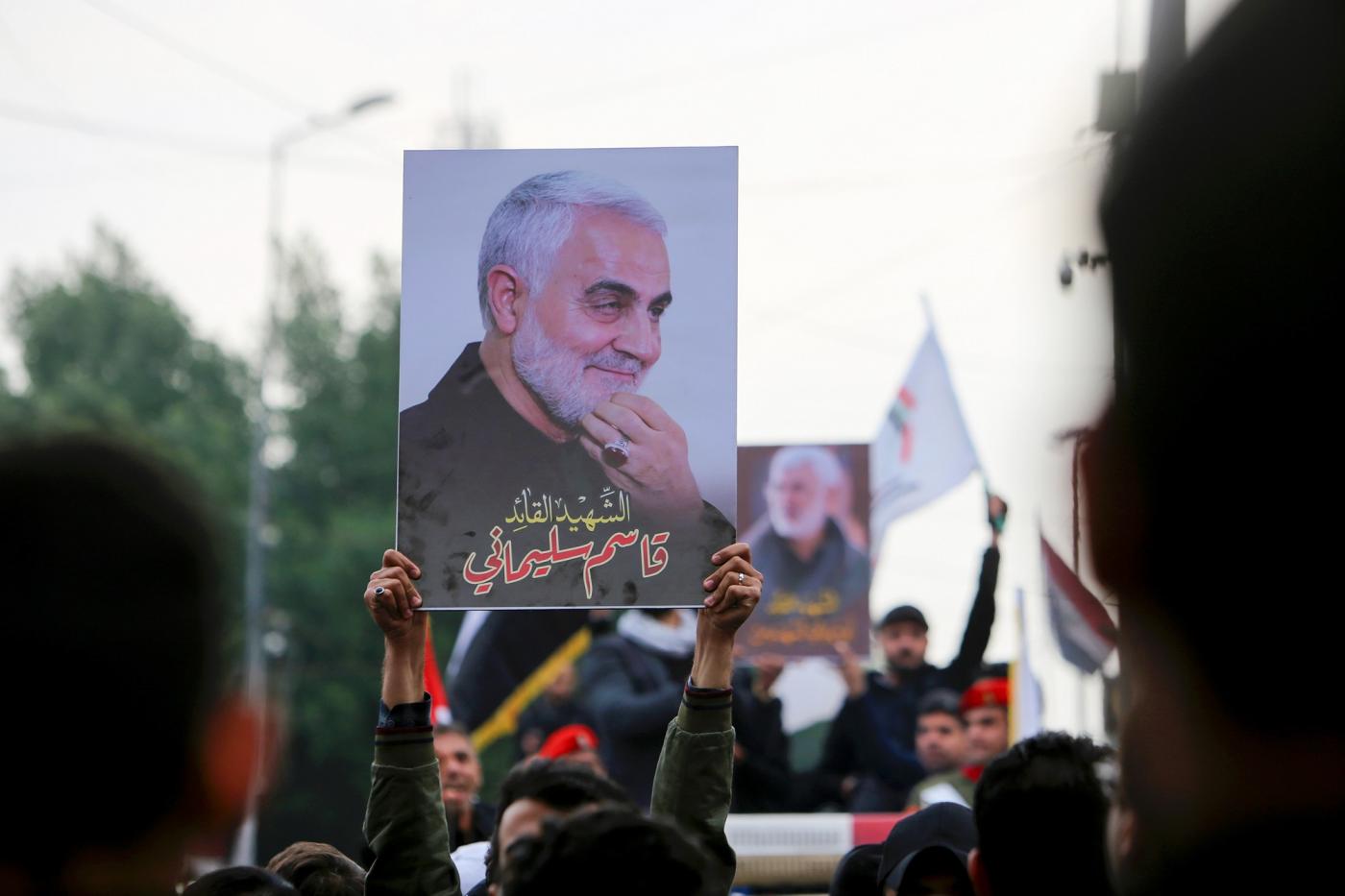 Qassem Soleimani, the commander of the Islamic Revolutionary Guard Corps’ Quds Force, was killed via a drone strike while leaving Baghdad airport on January 3, 2020. / AFP

Iran has asked Interpol for help in detaining President Donald Trump and dozens of others it believes carried out the drone strike that killed a top Iranian general in Iraq earlier this year.

“Iran’s Judiciary has issued an arrest warrant for a total of 36 individuals involved in the assassination of Lt. General Soleimani, including political and military officials from the United States and other governments, and the international police have been notified in this regard,” Tehran's prosecutor, Al-Qasimehr said in a meeting with high-ranking judicial officials on June 29, according to Mehr news agency.

He described the charges as “murder” and “terrorist act” and adding that “President Donald Trump is at the top of the list, and his prosecution will be pursued even after his term is over.”

Qassem Soleimani was the commander of the IRGC’s Quds Force, a division primarily responsible for extraterritorial military and covert operations, which have, through the use of its trained proxies, reportedly killed Americans in the Middle East, including U.S. troops in Iraq.

Along with Iraq’s Abu Mahdi Al-Mohandes, the deputy commander of the Iraqi Popular Mobilization Units, known as the Hashd al-Shaabi, and fellow combatants, Soleimani was killed at the order of the US President Donald Trump, via a drone strike while leaving Baghdad airport on January 3, 2020.

“In accordance with the third article of INTERPOL’s constitution, the organization is prohibited to take any steps that have a political, military, sectarian, and ethnic character. So when such a request will be directed to the General Secretariat, and if that happens, it will not be considered by INTERPOL, in accordance with its constitution and rules” an official of the Lyon-based International Criminal Police Organisation, commonly known as INTERPOL told the Russian news agency RIA Novosti.

Iranian Deputy Foreign Minister for Legal and International Affairs Mohsen Baharvand said on Monday that his country identified 40 Americans who had been involved in the assassination of Soleimani, adding that a number of other people, including several U.S. drone operators, have not been identified, who will be identified soon.

"Iran will not stop its efforts until these people are brought to justice," he said.

Meanwhile, the U.S. Special Representative for Iran, Brian Hook described the move as a "propaganda stunt". "Our assessment is that Interpol does not intervene and issue Red Notices that are based on a political nature," Hook said at a news conference in Saudi Arabia.

"This is a political nature. This has nothing to do with national security, international peace, or promoting stability ... It is a propaganda stunt that no-one takes seriously," he added.