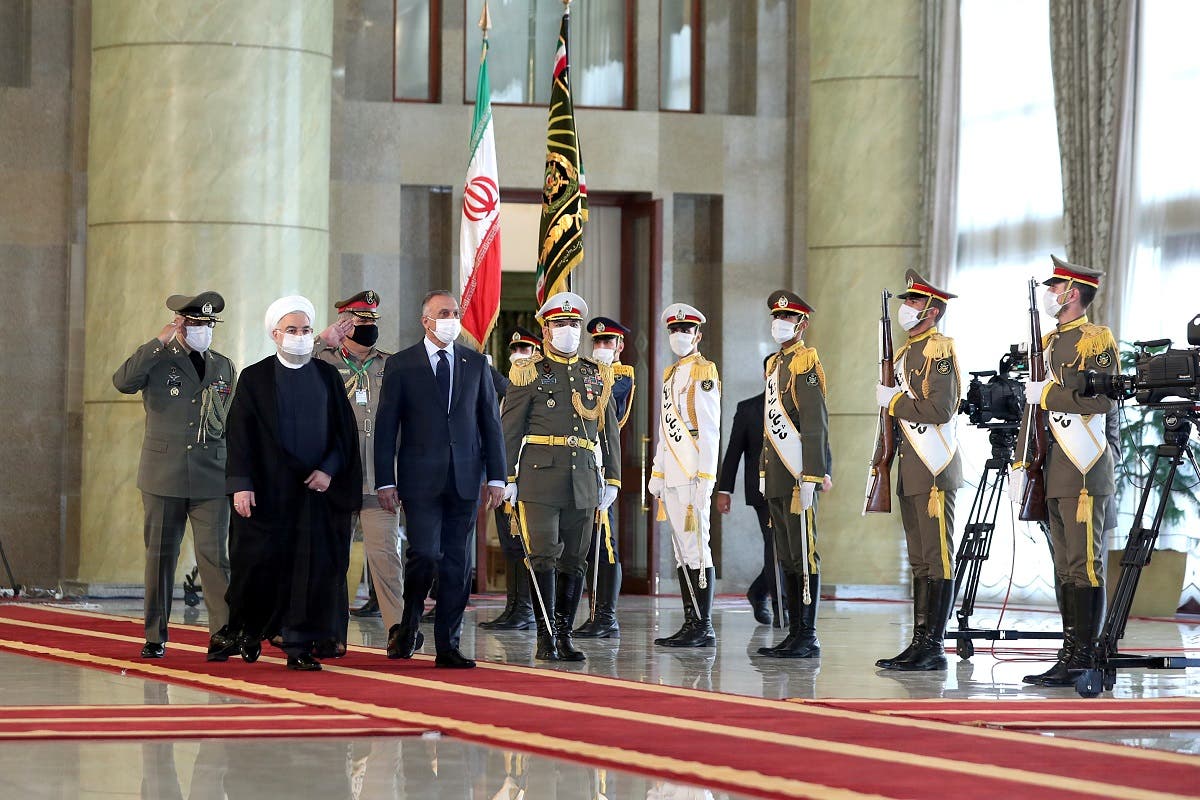 Officials from Iran and Iraq have announced their readiness to increase the volume of trade between the two countries to $20 billion by developing economic cooperation.

The announcement comes as part of the visit of Iraqi Prime Minister Mustafa Al-Kadhimi to Iran. This is Al-Kadhimi’s first international trip after he assumed office in April 2020.

“The visit would be a turning point in the development of the Iranian-Iraqi relations as two friendly and brotherly countries,” Iran’s President Hassan Rouhani said on July 21 at a joint press conference in Tehran, according to a statement published to the president’s website.

“We are determined to increase the volume of exchanges between the two countries to $20 billion,” he added.

Rouhani also focused on the implementation of the agreements inked during his visit to Baghdad in 2016. The President of the Islamic Republic of Iran believes that the two countries are determined to implement and operationalize all the topics raised in those agreements, including the connection of the Shalamcheh railway to Basra and dredging of the Arvandrud river.

Al-Kadhimi, in turn, expressed his country’s hope that the existing agreements between the two countries would be implemented as soon as possible.

He further added that Iraq would never allow any threat from its territory to Iran because the relations between the two countries go back hundreds of years and that the two nations “must support these long-standing relations.”

Iran’s value of products exported to neighboring Iraq between March 2019 and March 2020 stood at about $9 billion. Some five million tons of products, valued at $1.45 billion, were exported from Iran to Iraq in the first three months of the current year (from March 21 to June 20).

According to Hamid Zadboum, who chairs Iran’s Trade Promotion Organization, Iran’s goods makes up $10 billion of the total of $40 billion in Iraqi imports per annum.

On July 21, the Supreme Leader of the Islamic Revolution, Ayatollah Khamenei, also met with the Iraqi prime minister. As part of the meeting Khamenei said Iran had never wanted and never would want to interfere in the internal affairs of Iraq.

“Iran is definitely opposed to anything that weakens the Iraqi government. Of course, the Americans’ outlook concerning Iraq is the exact opposite of ours due to the fact that the US is an enemy, in the true sense of the word. That is why it does not wish to see an independent, strong Iraq that enjoys a government formed on the basis of the people’s votes,” the official website of Khamenei quoted the Iranian Supreme Leader as saying.

The assassination of the top Iranian general Qassem Soleimani and Abu Mahdi Al-Mohandes, the deputy commander of the Iraqi Popular Mobilization Units by the U.S. drone strike on January 3 also came under the spotlight during the meeting with the Iraqi prime minister.

Khamenei underlined that “they killed your guest in your home, and they blatantly confessed to this crime.”

“This is not a trivial matter. The Islamic Republic of Iran will never forget this, and it will definitely strike a reciprocal blow to the Americans,” he said.

Qassem Soleimani was the commander of the IRGC’s Quds Force, a division primarily responsible for extraterritorial military and covert operations, which have reportedly killed Americans in the Middle East, including U.S. troops in Iraq, through the use of its trained proxies.