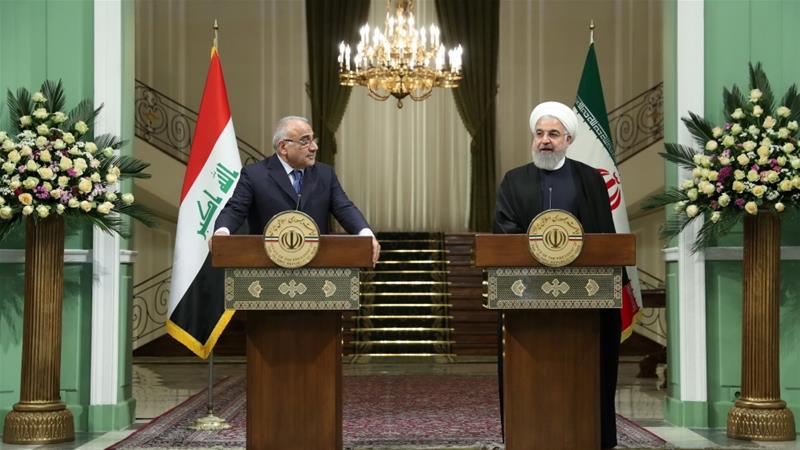 Iran’s President Hassan Rouhani has called for Iran and neighboring Iraq to expand their gas and electricity dealings, and boost bilateral trade to $20 billion.

“Our plans for the future is achieving a $20-billion trade goal between the two countries, which we hope will be achieved in the coming months,” Rouhani said during a meeting with a high-ranking Iraqi delegation led by Prime Minister Adil Abdul-Mahdi in Tehran on April 6, according to the president’s website.

According to Iranian media, the current level of trade between Iraq and Iran stands at about $12 billion. Baghdad has relied considerably on Tehran to help it with food importation and other goods. Iraq also relies heavily on Iranian gas to feed its power stations, importing roughly 1.5 billion standard cubic feet per day via pipelines in the south and east.

The United States imposed a tough round of economic sanctions on Iran in November, in the wake of President Donald Trump’s announcement in May 2018, targeting the financial and energy sectors of the country and putting Baghdad in a difficult position. In March, Washington gave Iraq a 90-day waiver, exempting it from sanctions to buy energy from Iran – the latest extension permitting Baghdad to keep purchasing electricity from its Middle Eastern neighbor.

“In monetary, financial and banking relations, the two countries have taken good steps in the recent months,” Rouhani said, adding that both countries are determined to expand ties.

Abdul Mahdi, who was on a two-day visit to Iran, raised the issue of Iran and Iraq being connected by rail, as the two share a land border, as well as the dredging of Arvand Rud (Shatt al-Arab) waterway in the Gulf. Mahdi made it a point to reject foreign interference in Iraq – an accusation often made against Iran, since the country gained a foothold there after the toppling of Saddam Hussein by the U.S.-led coalition forces in 2003.

“Based on Iraq’s constitution, we will never allow foreign forces to use our soil for war on other states particularly Iran,” Mahdi said.

President Rouhani had visited Baghdad in March, when the two sides inked agreements in what was Rouhani’s first visit to the Arab country.

With a 1,400-kilometer-long joint border, Iraq has turned into an important trade partner for Iran in recent years. Iraq’s huge energy reserves and a large, diverse market bestow it a special place in the economic equation of the region.

On April 6, Iraq closed its Sheeb border crossing with Iran to travelers and trade until further notice, as flooding continues to submerge villages in southwestern Iran.