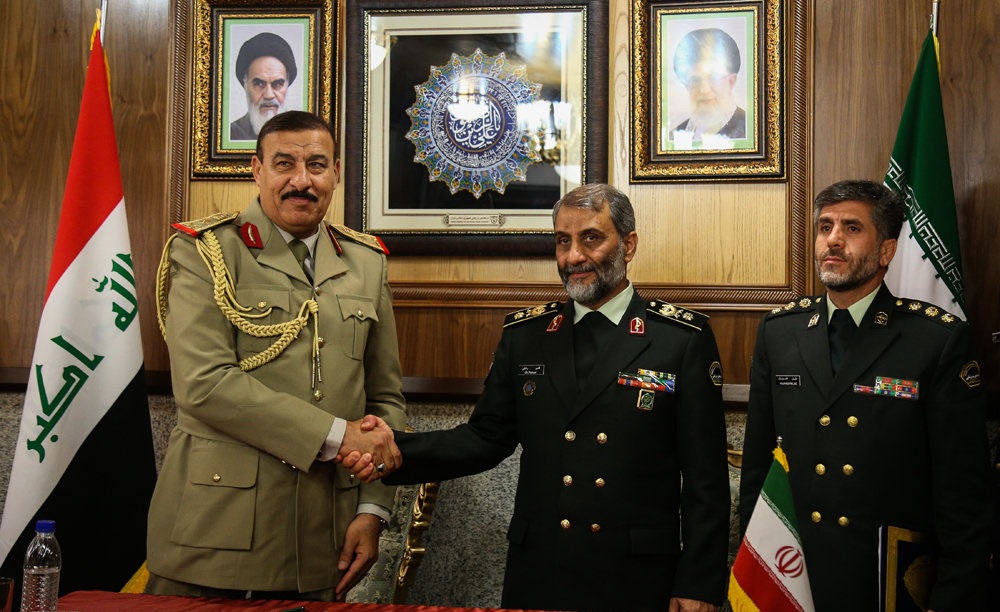 The border chiefs of Iran and Iraq signed a cooperation agreement this week for better guarding their shared border, as occasional clashes break out in areas where Iranian forces are stationed near Kurdish separatists, as well as Islamic State (IS) linked militants.

“Considering the 1,609 km shared borders of Iran and Iraq, it is inevitable to organize the joint specialized meetings between the border guards of the two countries,” IRIB quoted Rezaei as saying.

Rezaei addressed issues over shared waterways during the meeting.

“In the maritime field, there have been attacks against merchant shipping and piracy over the past years. Today, we exchanged views on this issue. There has been close coordination between Iranian and Iraqi border guards over the past two years,” Rezaei said.

Iranian and Iraqi authorities have been coordinating efforts to ensure security ahead of the Arbaeen religious commemoration in the Arab country – one of the largest annual gatherings of Muslims.

Every year, hundreds of thousands of Shia Muslims from around the world, including Iran, descend on Iraqi city of Karbala for the pilgrimage, which falls on October 30 of this year. Arbaeen marks the end of a 40-day mourning period following Ashura, the religious ritual that commemorates the martyrdom of the Prophet Muhammad's grandson and the Third Imam of Shia Muslims, Imam Hussein, in 680. According to official Iraqi figures, about 14 million people, including two million from Iran, traveled to Iraq last year to participate in Arbaeen ceremonies.

In recent years, border crossing has been intermittently closed over security concerns after a number of terrorist incidents in the past targeted Iranian pilgrims on their way to religious sites in Iraq.

Eleven militants were killed on August 10 in a security operation conducted by the Islamic Revolutionary Guard Corps’ (IRGC) Hamzah al-Shuhada’s base in Oshnavieh, a small town in West Azerbaijan province of Iran, which lies near the border with Iraq.

The IRGC described the militants as being a well-equipped, saying it is linked to “the global arrogance” – a coded term for the United States – and foreign intelligence services looking to “cause insecurity and carry out acts of sabotage.”

Clashes between Iranian Kurdish militant groups based in Iraq, Islamic State fighters and Iranian border guards are not uncommon. Last month at least 10 Iranian frontiersmen and three militants were killed in two clashes in the mountainous border area.

Commander of the IRGC Ground Force Mohammad Pakpour said on June 10 that his forces had disbanded two more terrorist groups, killing six terrorists in the Oshnavieh and Sarvabad border areas in Iran’s Kurdistan province, as they were making what Pakpour described as desperate attempts to infiltrate into Iran.

The IRGC regularly warns Iraq's Kurdistan region to stay vigilant about terrorist movements within its borders and to prevent potential spillover into Iran. Iran mainly accuses the PKK rebel group's Iranian branch, the Party of Free Life of Kurdistan (PJAK), of carrying out acts of sabotage and attacks on frontiers.

Despite the military defeat of IS in Iraq and most of Syria, the extremist group still has up to 30,000 members roughly equally distributed in the two countries. According to a United Nations report released on August 13, the IS global network poses a rising threat.