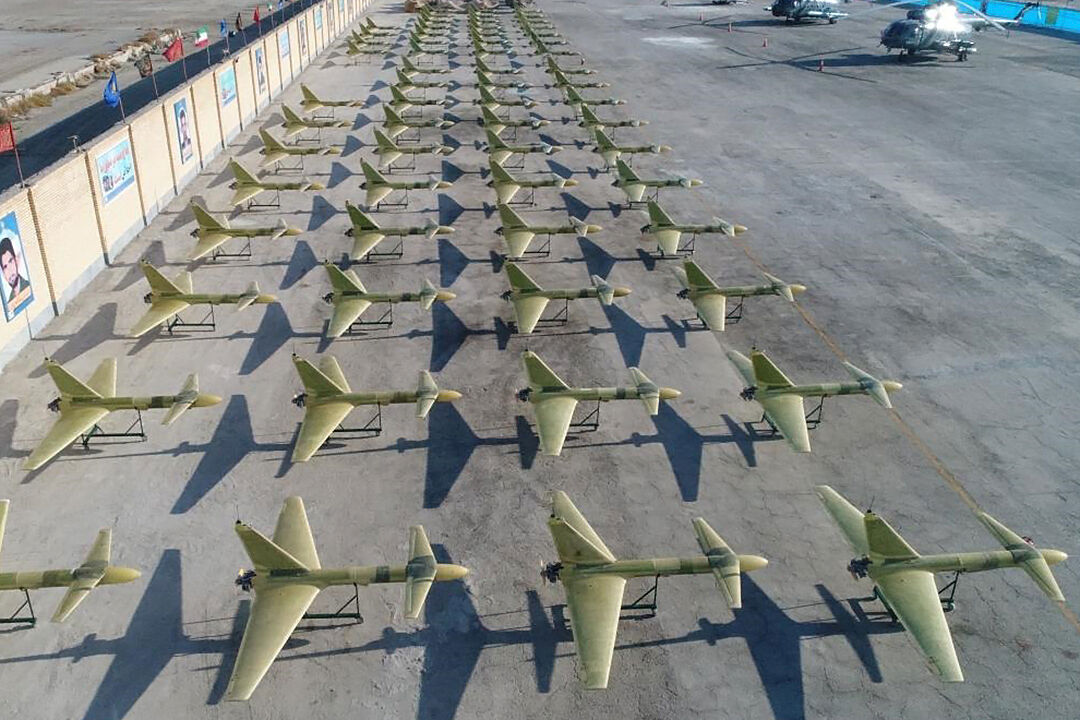 Iran's Ababil-2 drone is designed for reconnaissance, surveillance and destruction. Its GPS control is capable of conducting reconnaissance at a distance of up to 200 km for an hour and a half. / IRNA news agency

“In addition to addressing domestic needs, we now can export military equipment to friendly and ally nations to boost security and sustainable peace,” Chief of Staff of the Iranian Armed Forces Major General Mohammad Hossein Bagheri said during the factory’s opening ceremony.

He further called for the expansion of relations between the two countries and described the factory’s launch as a turning point in bilateral military collaboration.

The Ababil-2 drone is designed for reconnaissance, surveillance, and destruction. Its GPS control can conduct surveillance at a distance of up to 200 km for an hour and a half. The drone also has special equipment allowing for tracking enemy targets effectively.

Meanwhile, as part of his trip to Tajikistan, General Bagheri also met Saimumin Yatimov, who chairs the State Committee for National Security of Tajikistan, to discuss bilateral cooperation on security and border issues.

During the meeting, the sides touched upon the strengthening of the defense and military capabilities to increase cooperation within the shared borders, as well as developments in the region, including in neighboring Afghanistan.

In a meeting with Tajik Defense Minister Sherali Mirzo on May 16, Bagheri said that “the development and strengthening of regional and bilateral cooperation, as well as the exchange of training and the development of military cooperation in the fight against terrorism, should be a priority for the armed forces of the two countries.”

For his part, the Tajik minister welcomed the Iranian side’s plans to combat terrorism, organized crime, and narcotics with the assistance and cooperation of the two countries’ relevant agencies.

On May 18, the law enforcement forces of Tajikistan launched an anti-terrorist operation in the Gorno-Badakhshan Autonomous Region in the eastern part of the country. Tajikistan’s Interior Ministry said in a statement that “members of an organized criminal group illegally blocked the Dushanbe-Kulma international highway [...] on the state borderline [shared with China] to destabilize the socio-political situation.”

Meanwhile, on the second day of his visit to Dushanbe, Bagheri met Tajikistan’s President Emomali Rahmon. As part of this meeting, Iran’s official stressed the need for joint efforts of Iran and Tajikistan to establish peace and security in Afghanistan. President Rahmon, in turn, referred to the inauguration of an Iranian factory for building drones in Tajikistan and said that the armed forces of his country welcome any defensive and military cooperation with Iran.

In the face of emerging regional security challenges, Tajikistan has recently significantly developed its relationship with Iran after a period of frosty relations since 2015. The two neighboring countries resumed official contacts following former Iranian President Hassan Rouhani’s visit to Tajikistan in June 2019.

The incumbent president Ebrahim Raisi visited Tajikistan in September 2021 to discuss regional security issues, including Afghanistan. The two countries also signed a new package of cooperation documents during the visit.