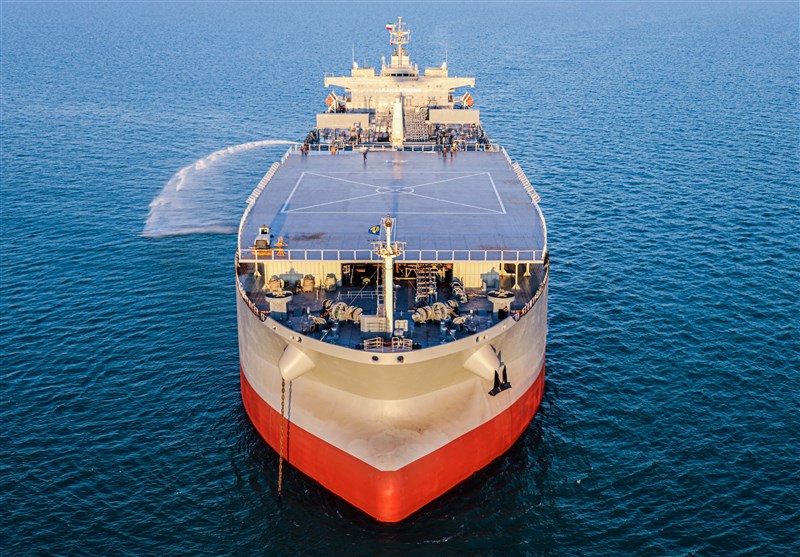 On January 13, the Iranian Navy received the country’s largest-ever military vessel "Makran", a domestically-manufactured helicopter carrier that can be used for logistical purposes in support of the naval forces' missions. / Tasnim News Agency

The naval forces of the Iranian Army conducted a two-day military exercise on January 14 in the Gulf of Oman amid renewed tensions with the United States.

The exercise, dubbed Eghtedar, or "power" in Farsi, included the firing of surface-to-surface cruise missiles and torpedoes from naval submarines, specialized training of special operations teams onshore and at sea, as well as drone and electronic warfare operations, according to Iran’s Khabar Online news agency.

In the first phase of the exercise, held in the Gulf of Oman and in the northern Indian Ocean, the Army's surface, subsurface and flight units were expanded to the general area of the exercise.

"By holding this exercise, we will be able to assess and evaluate the ability to react in a timely and effective manner to the possible conditions caused by the enemy threat, so that by eliminating the weaknesses and strengthening the strengths, we can have a performance commensurate with the threat level," the spokesperson of the drill, Deputy Navy Commander for Coordination Rear Admiral Hamzeh Ali Kaviani said.

During the drills, the Iranian Navy received the country’s largest-ever military vessel Makran, which is a locally manufactured helicopter carrier that can be used for logistical purposes in support of the naval forces' missions. The Makran, a former oil tanker converted into a floating sea base, can carry 100,000 tons of fuel and fresh water and voyage for 1,000 days without making a port call.

According to Navy Commander Rear Admiral Hossein Khanzadi, Makran can carry seven helicopters and support the Navy’s missions in farther waters, such as the northern part of the Indian Ocean, the Bab al-Mandab Strait and the Red Sea.

The Navy also took delivery of a new missile-launching warship on January 13 dubbed Zereh, meaning "armor". The locally-made missile-launching vessel is the most powerful of its kind. Equipped with advanced automatic missiles and artillery, the warship can reach high speeds and optimal maneuverability.

During the naval drill, the Chief of Staff of the Iranian Armed Forces Major General Mohammad Hossein Bagheri said that “we will resume naval missions in the Red Sea, in which our commercial vessels have recently been facing some harassed."

He noted that the country's defensive might in the international waters is clearly visible, noting that “Iran’s oil tankers and commercial vessels, despite all the threats, move to the furthest points, such as the Caribbean coast in Venezuela with full security and peace under the proud flag of Iran.”

In the final stage of the drill, a variety of long-range cruise missiles hit their targets in the North Indian Ocean and the defined exercise area. In addition, the Iranian designed class of semi-heavy submarine, Fateh, shot its first-ever torpedo in this drill that could hit the target. At that stage, the Iranian Navy identified and spotted a foreign submarine approaching the military exercise area in northern parts of the Indian Ocean. The submarine was spotted by anti-submarine helicopters but left the area immediately after learning of its identification.

This exercise comes after the United States sent a guided-missile submarine and two cruisers into the Persian Gulf last month. The Pentagon also ordered a series of long-range, short-notice flights of nuclear-capable B-52 bombers to the Middle East and directed the aircraft carrier, USS Nimitz, to remain in the region.

In recent years, the US President Donald Trump’s administration has accused Iran of developing nuclear-capable ballistic projectiles. Washington sees Iran’s activities as a potential threat to US partners on the Arabian Peninsula and Israel.